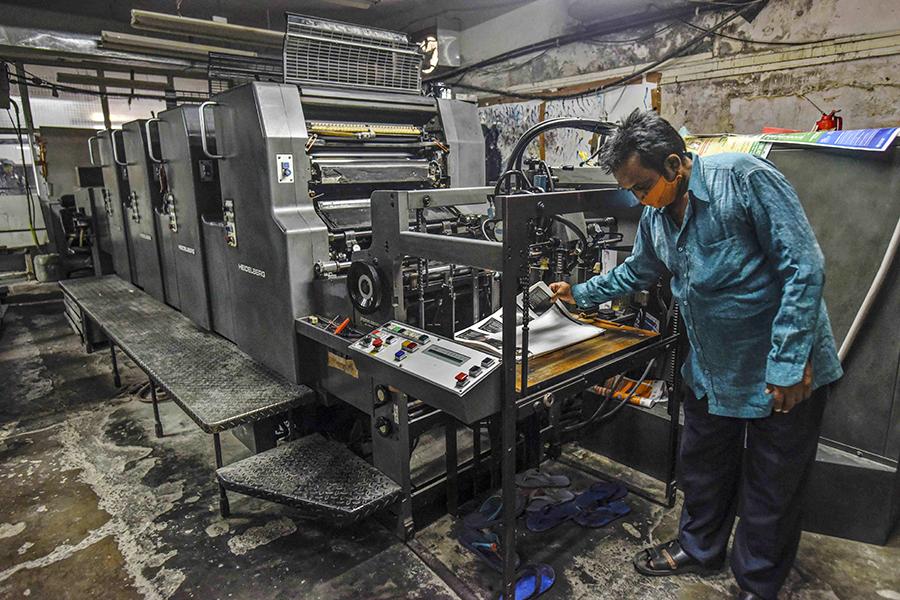 There is a consensus that the annual contraction in the Indian economy for FY21 is going to be more than 7 percent, however the worst case scenario may be  while the upper limit projected for this contraction stands at around 10 percent. There is also agreement that the growth rate will be close to a low double-digit in FY22. These indicators may be good enough to give us the confidence that the economy is coming back on its feet, however, the question remains—once it's back, will it be limping, walking or sprinting?

While indicators on Goods and Services Tax (GST) collections, passenger vehicle registrations, and the import rebound give us confidence, the dip in fuel sales and weak non-food credit growth is a sign for us to tread cautiously. The Q4 performance of the economy will put to rest the question whether the demand revival was due to a combination of short-term pent-up and festival demand, and restocking post-festive season or because there has been a strengthening of a more sustainable demand.

Higher allocation to MGNREGA First, to generate demand and provide succor at the bottom of the pyramid, there has to be a higher allocation to the Mahatma Gandhi National Rural Employment Guarantee Act (MGNREGA), and then utilise MGNREGA towards the creation of farm storage infrastructure.

In addition, smart asset monetisation programs need to be undertaken. An example of smart monetisation will be to focus on infrastructure projects nearing completion and those that are likely to be completed during FY22. The process for monetisation of such infrastructure projects could be initiated early in the year and the assets can be immediately monetised post-completion. The resource generation can be much higher than the spending on such projects during the year. Thus, instead of spreading the available resource available too thin, there can be focused spending on projects that are over 90 percent complete.

The government needs to demonstrate its intention of reviving the demand and getting the economic engine going. Finance Minister Nirmala Sitharaman can afford a two-percentage-point additional one-time deficit with a glide path of 4.5 percent, 4 percent, and 3.5 percent deficit targets over the next three fiscal years given the long-term India story is fully intact. The glide path and quality of deficit will also help soothe the nervousness of the sovereign rating agencies towards sustainability and serviceability of the public debt and mitigate the risk of any sovereign rating downgrade.

The writer is Leader, Economic Advisory Services at PwC India

1,471
Thank you for your comment, we value your opinion and the time you took to write to us!

Tweets by @forbesindia
Prev
Budget 2021: Policy changes startups need in the post-coronavirus world
Next
How the global economy can stop being a game of Jenga