Ecommerce is less hit during a recession, thanks to customer engagement and deep discounts. This could be replicated for new car sales too 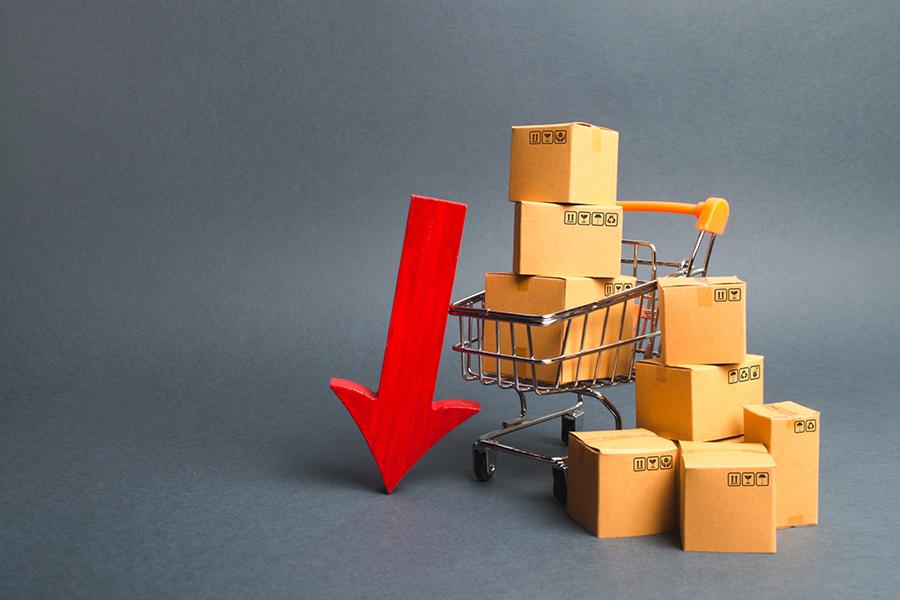 ‘Slowdown’ is something which everyone is hearing nowadays. First, it started with decline in sales of tractors and then commercial vehicles. However, this slowdown did not get much attention in the beginning.  Next, the automobile sector started feeling the pinch it is undergoing by way of slump in sales figures of domestic vehicles and two-wheelers together as sales decreased by 36 percent. Moreover, Britannia announced a fading demand for the Rs 5 biscuits in the recent quarter. FMCG sector sales were hit due to the present slowdown. Then everyone started to notice that something is happening with our economy because even the FMCG sector, which is usually supposed to be undisturbed in any economic situation, has been affected. Hence people are buying essential commodities in small quantities. If there is a decline in such perennial sector,  then people harbour a negative sentiment about the markets. This is not a good sign for the country.

Despite the slowdown, there is one industry apart from the oil industry, which is resisting the slowdown; that industry is e-commerce. While Mahindra & Mahindra and other automobile company executives are seeking significant reforms from the government,  e-commerce giants such as Amazon and Flipkart do not feel the slowdown effect yet.  Can their model apply to traditional sectors?

As per the survey conducted by Kantar Emarketpulse, the average tickets or hits has declined to 27 percent in the first half of the fiscal year, in comparison to the last year.  Also, spending fell by 21 percent. Before analysing the decline in ecommerce growth, let us have a glimpse of this sector. Rising smartphone penetration into the market and entry of Reliance Jio has slashed data prices and revolutionised the internet sector over the years. This eventually led to a huge increase in the economy based on the internet.

As we said earlier, there was a decline in the growth of e-commerce segment as well, but not that much as in other sectors. The growth expected in the above sector by the analysts is 36 percent, but it resulted in 27 percent. There are a couple of other reasons for the decline in the offline sector: they have lowered the discounts on products, and NBFCs are delaying loan approvals, which affected the consumers who buy on EMI mode from offline retail stores. Major customer segments in the country are accustomed to EMI options, and such segments have been removed now.

The top leaders of Amazon and Flipkart recently said that their sales are expected to increase by at least 15 to 20 times higher than on regular days in the festive season. While other sectors also bank on the festive season, ecommerce has an advantage over them. Both the major ecommerce players give hefty discounts and tie-up with finance firms for lucrative EMI options.

E-commerce is thriving because it is focused more on customer-relation building activities and customer loyalties, which offline brick and mortar stores lack. They hold relevant consumer data since transactions take place electronically. Such business models will analyse the information on discounts offered and the impact on sales. Also, they come to know as to which marketing channel is bringing profits to their business. The brick and mortar retailers are losing on this front because of lack of consumer preferences-related data. This is why e-commerce is unique and sustains during the recession period.

Can this be applied to the auto industry, to mitigate the slowdown impact? Car manufacturers could forego real estate and other operational costs by selling their products online. Websites such as Cardehko and Cars24 offer such services for used cars already, and Alibaba has been trying to implement the same for new cars in the Chinese markets.

Here's how it could work: A customer can select a car to test-drive. The company maintains a mult-brand showroom for the cars, and the customer can visit the place and test drive, and if he is satisfied, the same will be delivered at his residence.

Why will this idea succeed? Because in any recession, the common thing we find is a decline in consumer spending. In periods where revenue generation is low, freebies and freemiums can reduce the price concerns among the customers, and it might act as a catalyst to spend. Another significant fact is that e-commerce increases customer lifetime value (CLV). The CLV helps companies to understand how much money they make from a customer over a period. With this CLV data, companies can understand customer problems and can provide incentives to make them buy.

As consumer behaviour is changing, businesses should adapt. Traditionally, people used to own things, but now everything is on a subscription-based model. Subscribe to a product until you like it, and switch to another when you are not satisfied. This keeps the company on its toes too. Similarly, ecommerce for car manufacturers could work as a win-win situation for both the customer and the manufacturer.

3,702
Thank you for your comment, we value your opinion and the time you took to write to us!
Comments 1

Tweets by @forbes_india
Prev
Smart city: The shape of the sprawl
Next
Why the RCEP is detrimental for 'Make in India'