Can Sahibganj become the mini-Rotterdam of East India?

Insight into the NITI Aayog's experiment with Jharkhand's Sahibganj, which aims to transform it into a transit hub for goods, energy and people, to and from east India, Nepal, Bhutan and Bangladesh 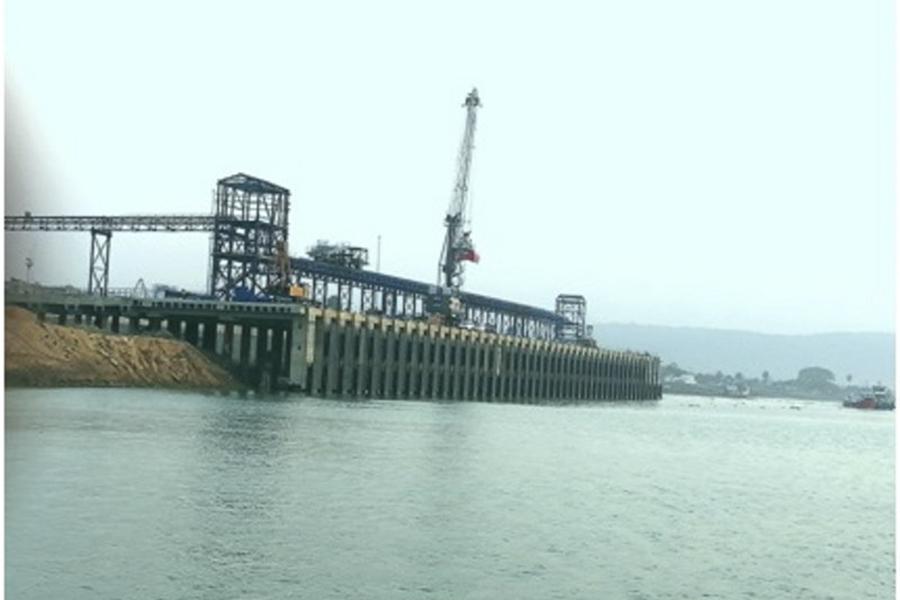 Rotterdam is dubbed “The Gateway to Europe” due to its legendary port located in Nieuwe Mass river, a tributary of the Rhine, a trans-boundary river with strong roots to the Holy Roman empire. Rotterdam, along with the Rhine-Meuse-Sheldt rivers, give waterway access to the heart of Western Europe. It is a crucial part in western Europe’s economy—moving goods, fuel and people throughout the region, with efficiency and ease.

The Rhine reminds us of the another historic trans-boundary river in South Asia: The Ganges. Sahibganj of Jharkhand, located close to the infamous Siliguri corridor on the banks of the Ganga, aspires to play a similar role, transforming it into a transit-hub for goods, energy and people, to and from east India, Nepal, Bhutan and Bangladesh.

Its strategic location prompted the Inland Waterways Authority of India (IWAI) to build India’s second riverine Multi Modal terminal (MMT) at Sahibganj district, which Prime Minister Narendra Modi inaugurated in September 2019. An L&T team from Chennai built the terminal at a cost of Rs 290 crore. The MMT, along with rail and a new road network, will open up industries of North-east states, Jharkhand and Bihar to the global market, and provide Indo-Nepal cargo connectivity through the waterways route.  It will play an important role in transportation of domestic coal, oil tankers, stone chips, fertilisers, cement and sugar along National Waterway-1 (NW1).

Successful transit hubs like Rotterdam, Mumbai and Chennai often grow from fishing villages to port towns. Without all-round development, these port towns would not have grown into economic engines transforming the regions around them. A district like Sahibganj, which is one of the poorest in the country, needs to overcome a host of unique challenges to reach its potential.

Fortunately, Sahibganj is chosen in NITI Aayog’s ‘The Transformation of Aspirational Districts Program’ which aims to expeditiously transform 117 districts that were identified from across 28 states, in a transparent and data based manner. This initiative focuses on the strengths of each district, and identifies the attainable outcomes for immediate improvement, while measuring progress, identifying best practices and ranking the select districts with live public data in champions of change (CoC) portal as shown below.

The results are showing already, as evidenced by my visit to evaluate the district for NITI Aayog. The district achieved overall No.1 delta rank (most improvement) for two consecutive months in January and February this year. Percentage of low birth weight babies reduced from 8.78 to 5.03 percent in one year from March-2018 to March-2019. The district with just 53 percent literacy has a five-star rated school with model parliament in a tribal village. It ranks 11th in Agriculture improvement and work-shops for financial literacy are gaining lot of voluntary attendance, especially after everyone in the district got their bank accounts. In Sahibganj town, where even cooking is fuelled by coal blocks, electric rickshaws dominate local transportation.

Skill development remains a challenge. An economic hub cannot be built without availability of high volume of skilled workers. Any national or international agency, district administrators, journalists and civic society can use these granular data to make informed decisions.

Sahibganj has a long way to go in terms of improving network access, literacy and building robust last mile connectivity. If Sahibganj manages to take the challenge head on, NITI Aayog and its partners should be able to see it coming. Because this little experiment in governance relies on excel sheets more than empty words.

6,113
Thank you for your comment, we value your opinion and the time you took to write to us!
Comments 3

Tweets by @forbes_india
Prev
Should you invest in InvITs?
Next
Is India's economic recovery for real?