Delhi, stomp the drunks and stop the rapes

If Delhi police cracks down on public drinking and drunk driving, crimes of opportunity will reduce significantly 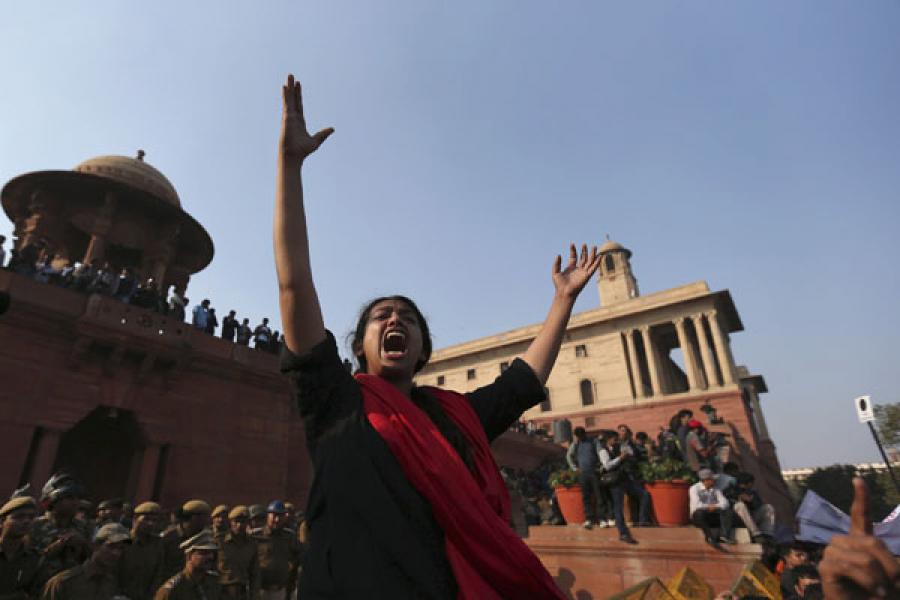 The thousands of people gathered at Vijay Chowk to protest the government's inability to prevent violent crimes against women in the Capital were cleared by police this morning. For the past few days, especially Saturday, the crowd relentlessly pressured the government to act. Finally, home minister Sushil Kumar Shinde made a statement Saturday evening that the government will increase policing and consider stronger punishment in the `rarest of rare' cases.

An overwhelming number of outraged people want rapists to be hanged. Many think death penalty would act as an effective deterrent. That is unlikely. There is no effective method other than good policing, community involvement and a zero-tolerance policy to prevent crime. Former New York Mayor Rudi Giuliani and police chief Bill Bratton showed that going after petty criminals can actually help prevent bigger crimes from happening. Both of them were criticised that they were not focussed on big crime. Steven D Levitt and Stephen J Dubner present the case study in their bestselling 2005 non-fiction Freakonomics.

The strategy is based on the "broken windows" theory first published in The Atlantic magazine in 1982. The authors, George L Kelling and James Q Wilson, wrote:

We suggest that "untended" behaviour also leads to the breakdown of community controls. A stable neighbourhood of families who care for their homes, mind each other's children, and confidently frown on unwanted intruders can change, in a few years or even a few months, to an inhospitable and frightening jungle. A piece of property is abandoned, weeds grow up, a window is smashed. Adults stop scolding rowdy children; the children, emboldened, become more rowdy. Families move out, unattached adults move in. Teenagers gather in front of the corner store. The merchant asks them to move; they refuse. Fights occur. Litter accumulates. People start drinking in front of the grocery; in time, an inebriate slumps to the sidewalk and is allowed to sleep it off. Pedestrians are approached by panhandlers.

At this point it is not inevitable that serious crime will flourish or violent attacks on strangers will occur. But many residents will think that crime, especially violent crime, is on the rise, and they will modify their behavior accordingly. They will use the streets less often, and when on the streets will stay apart from their fellows, moving with averted eyes, silent lips, and hurried steps. "Don't get involved." For some residents, this growing atomisation will matter little, because the neighbourhood is not their "home" but "the place where they live." Their interests are elsewhere; they are cosmopolitans. But it will matter greatly to other people, whose lives derive meaning and satisfaction from local attachments rather than worldly involvement; for them, the neighbourhood will cease to exist except for a few reliable friends whom they arrange to meet.

Today, many pockets of Delhi, and indeed of other metros, are heading towards the scenario. The police forces in India are severely stretched. While the sanctioned strength is one policeperson for 576 people, the actual ratio is one for 761 people.  There are 442 women police stations in the country, 196 of them in Tamil Nadu.

Though it is better off, Delhi still has only one cop for 223 people, according to data from the Bureau of Police Research and Development. Though it does not have a single women's police station, at 5285, it has the third largest number of women cops in the country. Given the limited resources, the police should use them strategically and look at ways of maximising effectiveness. One single step by the Delhi police that does not require any change of law or more force has the potential to reduce crime against women by at least half. That is, cracking down on drunk driving and public drinking, both punishable crimes under current law. Often, even people who normally would not commit a crime, cross the line in Dutch Courage. Jeanette Norris shows in this study published by VAW Net (National online resource Centre on Violence against Women) there is a clear link  between alcohol and sexual crimes.

Open spaces near liquor vends in the city turn to open-air bars by evening. Drivers of public transport vehicles — buses, taxis and autos — are often drunk. Private vehicles become cozy bars — car-o-bar in Delhi slang — by nightfall. If the city police adopts a zero-tolerance policy towards just this one menace, crimes of opportunity, which will be at least half the number of rapes and molestation on the streets, will not occur.

2,473
Thank you for your comment, we value your opinion and the time you took to write to us!