Diversity and the Global City

The greater the diversity of the pool, the more opportunity to spark new ideas, new relationships, and a better future 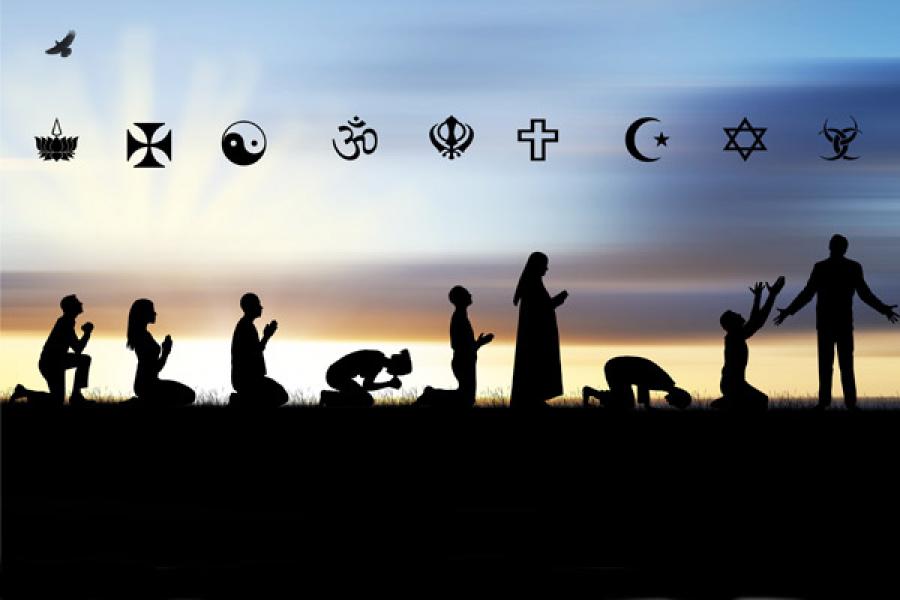 Diversity is an important ingredient of a global city (Photo: Getty Images) People walk down Bay St in the heart of the financial district in downtown Toronto (Photo: Mark Blinch/Reuters)

Economically too, a diverse city provides labour and skills at every price point and requirement. It allows for a diversity of industries to flourish and support each other. Toronto’s broad pool of languages and ethnicities is why it trades with countries across the world. Any management expert will tell you that that richer the diversity of ideas and experiences at the table, the more successful the outcome.

But this great experiment in diversity if taken for granted, can also sour. As cities have grown, their very attraction has become their nemesis. As attractive places that are vibrant, walkable and rich with heritage, real estate prices have risen, shutting the poor and newcomers out of the established boundaries. The very people who fuelled the grand experiment of urbanity, are being turned away from its borders. New immigrants, whether from abroad or the rural countryside, are forced to move to the cheapest housing. Toronto’s poorest and newcomers are finding themselves in islanded on the edges. This phenomenon is global and spares nobody. Market forces have pushed new migrants in cities across the world into poorer ghettoes, slums and shantytowns, further and further away from the edges, instead of accommodating them in a city’s urban folds. The spatial separation of the haves and have nots, breeds alienation and disenfranchisement. Riots in the poorer suburbs of Paris and London were two very recent examples of a violent eruption of pent up resentment. Divisions within diversity also provide political parties in India ready fuel to create fires. This disenchantment with the urban dream, is a recipe for xenophobia, and urban politics in almost all cities, including Toronto, Mumbai and Nairobi, are veering dangerously to the right in a race that can only end at the bottom.

The late and great philosopher, Hannah Arendt, in her seminal book, The Human Condition

, argued that the way we perceived each other, is also the way we see ourselves and our communities. By ignoring the reality of diversity, we are setting up a future that ignores our own identities. How we treat the other- our neighbours and newcomers- is a reflection of our own values as a society.

Toronto is home to me, for now. It still, though somewhat grudgingly allows a full diversity of people- in age, ethnicity, income and orientation, to find their own place in it. As it grows, these valuable qualities that made it a desirable place to live, are in danger of being lost. These new problems require new solutions. In thinking of our cities, we do need to look at things like architecture, design, transit, water, wastewater, and all sorts of infrastructure, but more importantly, we have to plan for diversity.

In the global, competitive landscape, cities compete with each other for talent and capital. This talent isn’t just about well-paid PhDs and Engineers. It is about people who come with the will to succeed from every walk of life. The deeper and wider the pool, the more engaged their interaction, and the more broad the experience and skills. The more diverse their backgrounds and engaged their interaction, the greater their likelihood to increase understanding, harmony and collaboration. Individuals, businesses, institutions and governments need to recognise how important diversity is as a building block at every scale, and the role they have to play in encouraging diversity in every sense. We need to make sure that there is a range of housing throughout cities to accommodate individuals of all income levels. Transit should be affordable and efficient so that people can access and move around the city and encourage interaction. Safe, clean water and sanitation should be available to all, to ensure good health. We all do breathe the same air after all.

Diversity is the lifeblood of urbanity. India’s cities of the future will attract people from all over the country, if not the world. If it wasn’t for the coming together of people, civilization as we know it today, would not exist. We must ensure that diversity is central to the life of a city, and not just an afterthought, if we wish to create unique, innovative cities that will shine on a world stage.

9,461
Thank you for your comment, we value your opinion and the time you took to write to us!