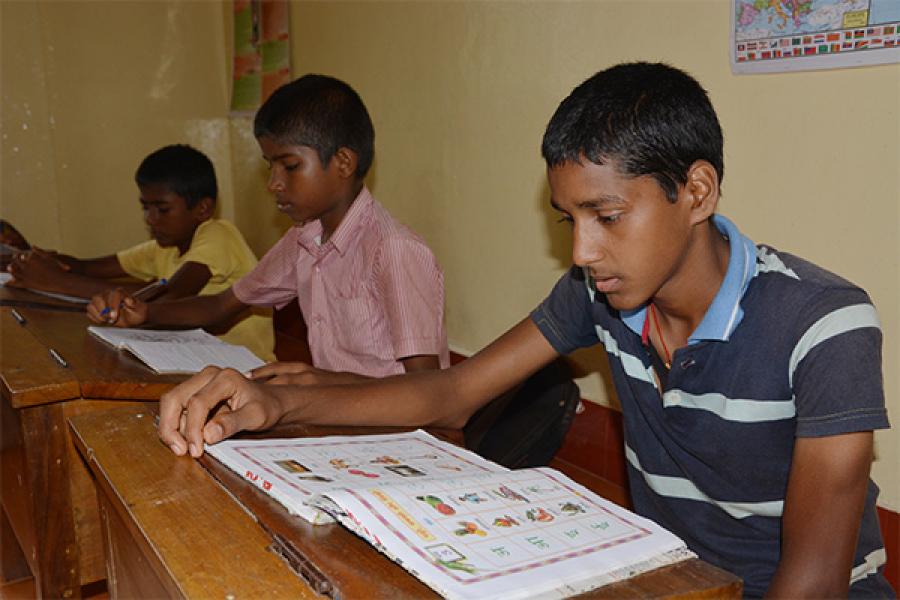 Children and students have to be empathetic learners, they are model citizens of the world not afraid to bring about and deal with change

“It is all because of poor education that they behave like that. Louts!”  I heard this in passing. It could have been one of many scenarios. Street harassment. A bullying argument. An unpleasant encounter at the market. A social media incident. It happens all the time. Poor education is blamed for all sorts of ills - till recently for mass uprisings too until it was discovered that sadly, it was the highly educated young person who also volunteered to join terrorist organisations. It cannot get worse than that. We started noticing this around ourselves too - the successful superboss who turns out to be a bigot and a bully. The lady at the top of the company who seemingly handles international negotiations often says silly and illogical things. Well educated people behaving in ways that belie their education. Then there are those who are not so educated, barely hold a degree or even a school education and behave with such civility and grace that we are forced to rethink our belief that education improves people.

Is that not what education is about? Better people, a more civil society, better decision making and smarter choices - these are the expected outcomes of a good education system. Economic prosperity follows automatically if these are achieved. But here comes the problem: These only show up as the outcomes of a good education system two or three generations after the investments have been made. At best, one can see initial results in 15-20 years - at least results that are consistent and reliable. By which time it is too late to course correct, and it is way too late to hold the system accountable both for investments and for results. For a country and a government that is looking to improve its education this is too late - one needs more immediate measures that are useful and usable. I have spoken in many forums that for India specifically, its potential demographic dividend demands that the near term goal of the education system be based on employability. But this is only a part of the set of goals and outcomes of a good education system.

It is easy to lazy and merely look at employability as an outcome of education. But then people are not widgets and students are not robots. Robots are designed to be perfectly employable. Children and students have to be so much more than that. At the very least they are empathetic learners, at best they are model citizens of the world not afraid to bring about and deal with change. Humans are leaders, explorers, inventors, discoverers, nurturers and more. Humans are irrational war mongers and worse too. To reduce all of this to ‘employability’ is to do disservice to the efforts of teachers and educators and insult the human spirit. Maybe it is a subset of what can be achieved in a good education system, maybe we can accept with all humility that it is all that we can observe and measure in the medium term - and tell the educators: “You get the kids into jobs and that is good enough for us. We don’t expect more from you, but this, you will be held accountable”. What is the message down the system? Educators have been told that they only need to do half their job - they need not inspire anymore, they need not elevate, and why bother to lead individuals to their own greatness. These students are destined for mere employability. If one is holding the system accountable only for employability, then one does not train them in discovery, in breaking bounded realities, in dreaming and striving beyond known hierarchies. This is a notch better than rote learning but not much different from the industrial age education system envisaged twenty years ago. That was based on a focus on information, this on skills. Neither of them on people.

There are many other ways to define education outcomes (not discussing those here) beyond short term output measures. Each of them is challenging and none seems to be a perfect measure. This is why educators have always sought refuge in measuring inputs into the education system based on the assumption that it must be doing something. Which may work in a system with goodwill, trust, motivated teachers, community oversight and excellent governance systems. Sadly, we cannot rely on these, so inputs are not a valid measure of achievement of the system. Neither are academic attainments of the students since there are way too many dependencies outside the education system for this to be a valid measure (however popular). The trouble here is that the question is at the interface of accountants and educators - and neither speaks the language of the other. Not even enough to be able to identify common ground between them. There seems to be none, when one is focussed on efficient throughput and the other on growing persons. Yet, to those who have both an understanding of national income accounting and education at the grassroots, there is one path that might resolve this conundrum - and that is ‘making things better’. Educators and schools are tasked with making things better for the student, teacher, school and system. This is their true goal. Accountants are tasked with measuring how much things were ‘made-better’ and they call it value addition. Here, in the arena of measuring value addition in education one finds both common ground and a large body of literature that educators have tested and worked with over the years. If employability is set as the key goal, and there may be others, a solution to the quest for an outcome based measure may lie in the land of value added. Value add not only works on employability metrics but on many other educational goals too - and is the way forward to ensure both better accountability and governance.

3,517
Thank you for your comment, we value your opinion and the time you took to write to us!

Tweets by @forbes_india
Prev
EPF tax: Why wasn’t the move thought through?
Next
Four changes the Real Estate Bill can bring