Easing the toil in tolling

Nishant Nishchal is the Principal at A.T. Kearney India. 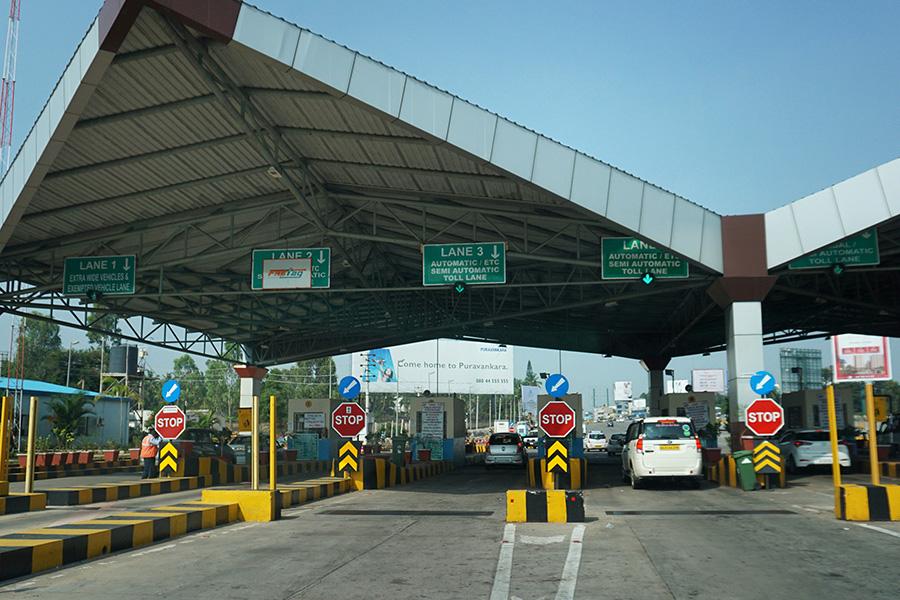 Building an efficient transport infrastructure is crucial for India’s economic progress. The importance of roadways in the transportation infrastructure space has been increasing – roughly 70 percent of all goods movement and 85 percent of passenger movement in India happens over its 5.4 million km road network. As government plans and executes the Bharatmala program for next wave of road infrastructure development in the country, it is equally critical to enhance efficiency of vehicle movement on the already existing roads.

Toll collection has been a long-standing impediment in increasing the efficiency of vehicle movement. Before any of the modern electronic mechanisms came into play, toll collection typically wasted nearly 10 percent journey time, while increasing costs thanks to running engine to counter the slowly moving traffic at the toll booths. To counter this, the Government of India launched the National Electronic Toll Collection (NETC) program that introduced radio-frequency identification (RFID) based electronic toll collection in 2014. Branded as FASTag, this program was aimed at ensuring free-flow tolling across the entire National Highways (NH) network of the country.

However, by March 2016, the FASTag program had failed to gain any traction. Only about 5,000 tags were in circulation 1.5 years after the launch. A thorough examination revealed two major causes of poor uptake. Firstly, there was a lack of incentives for the key stakeholders. Both ICICI and Axis Bank, the two financial institutions selected for promoting FASTag, were losing money for every tag they sold, thanks to the skewed financial structure of the program. Secondly, there was no inter-operability between the tags of these two banks.

The Ministry of Road Transport and Highways (MoRTH), with the help of Indian Highways Management Company Limited (IHMCL), solved both these issues with the relaunch of FASTag in two phases in 2016. The revised program structure ensured inter-operability through creation of an ecosystem held together by a central clearing house, developed by National Payments Corporation of India. ’Issuers’ of RFID cards to customers, and ‘acquirers’ of electronic transactions at all toll plazas connect to this central NPCI system, so that financial transactions can happen across any set of banks. This structural change ensured participation of more banks and brought in competition. Also, the entire set of stakeholders in this ecosystem, including the customers, were now incentivised for using Electronic Toll Collection (ETC) or toll payments.

The strong backing of the government institutions including MoRTH, NHAI and IHMCL has ensured success of the program in the last 18 months. Today, more than 15 banks are working as FASTag issuers and about eight are working as acquirers at toll plazas. The number of FASTag users have gone up to approximately 15 lakh and the penetration of electronic toll collection (ETC) has improved to around 20 percent since its relaunch. Having said that, a program with such clear benefits should have seen more adoption and required much lesser push from government. The moot question is what is required to improve electronic toll collection system in the country so that it sees large-scale ‘voluntary’ adoption by road users. In our minds, there are four clear imperatives:

Enhance ETC Infrastructure, with Clear Benefits to FASTag UsersToday, just one or two lanes at toll plazas have readers installed to read FASTags and process transactions. Even these ETC-equipped lanes are not dedicated to FASTag users. An early adopter of FASTag therefore sees no benefit of using it. Given that the target is to convert all toll transactions to digital, while also noting that dedicating lanes for ETC users may not be the most practical call, it may be prudent to ensure that all lanes on toll plazas are equipped to handle FASTag. The cost of extending ETC at the remaining lanes in a toll plaza is relatively smaller (installation of readers, and minor upgrade in already installed software system), when compared to the loss of national resources in form of higher logistics cost.

Expand Scope of FASTag Program to State Highways/ City Entry PointsBoth freight and passengers use national highways and state highways. Moreover, in a lot of cases, they need to pay taxes at city entry points. Users can benefit from a unified payment system that can be used to pay taxes & levies across these different roads, rather than having separate mechanisms. The methodology of distributing the collected revenue across various entities can easily be handled at the backend.

Improving Dispute Resolution of FASTag SystemThe FASTag system is a ‘near-online’ system wherein valid transactions are pushed to the central clearing house for processing, and invalid tag lists (tags having limited balance, or tags disqualified for any other reason) are pulled into the toll plaza system every 15-minutes. For flawless working of this system, it is critical that all nodes adhere to the defined service levels. The vastness of this system (~400 toll plazas, >50 concessionaires, 6-8 active acquirer banks, large geographical spread) has led to a situation where service level performance is poor. While efforts are being made to improve this adherence, it is equally critical that robust dispute resolution mechanisms are put in place in the meantime. This will provide significant relief to customers, who are sometimes unable to cross a toll plaza with FASTag for no other reason than the latest ‘blacklist’ has not been downloaded at the plaza. Further, these mechanisms are also needed for the banks involved, so that the right party is penalised.

Assessment of Alternate Technologies for Electronic Toll CollectionOur toll plazas are designed in a way that even after the stabilisation of FASTag program, they will not be able to realise the promise of a free-flow tolling. Multiple technologies are in play around the world which can enable this goal – from gantry-based RFID toll collection with automatic number plate recognition to GPS-based tolling, among others. However, implementation of these technologies in Indian context will not be straight-forward and will require policy and infrastructure changes. The government can, however, selectively pilot these technologies on select corridors to understand the implementation challenges and measure their effectiveness, before taking a broader call.

The NETC program has significant potential to ease the road travel and contribute towards improving the logistics cost of the country from current 12-14 percent to targeted 8-10 percent. The four priorities mentioned above hold the promise of making the program efficient and effective and bringing India closer to digital congestion-free toll collection.

The author is a Principal at A.T. Kearney India.

4,477
Thank you for your comment, we value your opinion and the time you took to write to us!

Tweets by @forbesindia
Prev
Plastic ban: A long way to go for any real effect
Next
Insolvency and Bankruptcy Code: What's all the noise about?