India is fast emerging as one of the most preferred locations for global automobile industry, swiftly narrowing its gap over several established locations around the globe

Keld Pedersen is the Managing Director, of APM Terminals Pipavav. 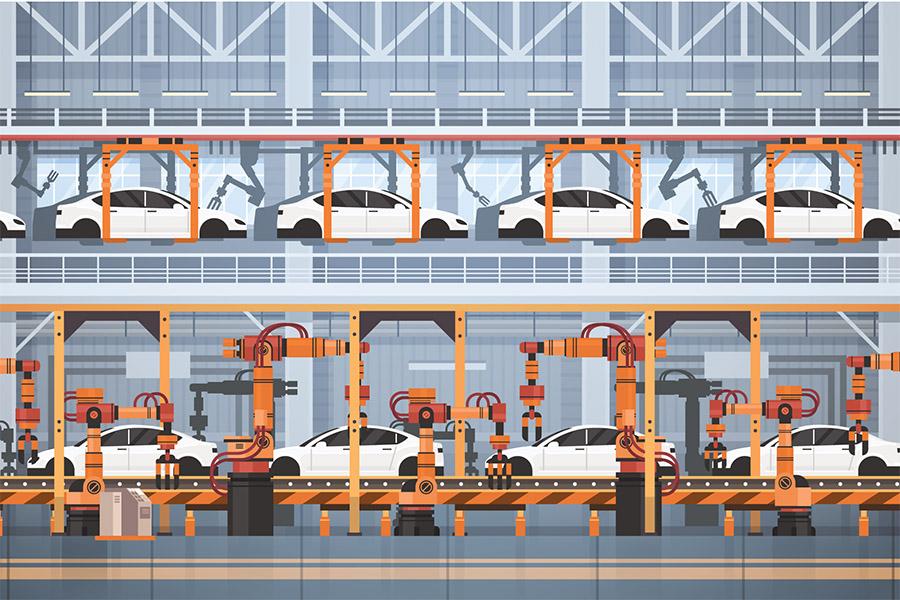 When “IDM Symex”, a Pure Car and Truck Carrier (PCTC), called Pipavav Port in February 2016, it was considered momentous in the automobile logistics segment. For the first time, some 800 Hyundai cars from one of the Indian Ports, Chennai, had been shipped through the coastal waterways. This was not only an attempt to explore the option of multimodal transport for domestic movement but also an ambitious step to harness the untapped coastal waterways' potential which has largely remained underutilised in India.

The experiment, however, was short lived, as it was apparently not viable. But it opened the door to some other initiatives of coastal movement of cargo from Tamil Nadu to Gujarat ports and Bangladesh, though with limited success.

The real value of these initiatives is to set the challenges linked to transportation of automobiles by waterways under critical review. It is also to underline the continuous efforts that both, the industry and the government are making to address -- in a sustainable way -- the issues related to quality of infrastructure and logistics cost, the key drivers for the growth of automobile Industry. The resolve is reflected in the current policy initiatives and infrastructure plan to make India’s automotive industry a pillar of growth and industrial exports.

It ranges from the government's automotive mission plan 2016-2026, which positions the automobile sector as a prime mover for India's manufacturing sector and the 'Make in India' initiative, to the “Sagarmala Programme” which aims at reducing the logistics cost through various port-led development initiatives.

India – The new automobile hubIndia is fast emerging as one of the most preferred locations for global automobile industry, swiftly narrowing its gap over several established locations around the globe.

In FY17-18, the country produced about five million vehicles. The AMP-2026 envisions that the Indian automotive manufacturing industry will grow nearly four times in size from $66 billion in 2016 to $230 billion in 2026. A draft National automobile policy envisages to scale-up exports to 35-40 percent of the overall output and make India one of the major automotive export hubs in the world.

A significant reform in the tax regime has unified several indirect taxes under the goods and services tax (GST), resulting in significant benefits for automakers. In 2017, India jumped 30 places in the ease of doing business rankings, and GST -- along with other reforms -- will assure a higher ranking in 2018.

Enabling the regulatory environment in India and improving the economic fundamentals in the last few years, have seen many international car manufacturers set up production units in the two automobile hubs of the country – Haryana in the north and Tamil Nadu in the south. More recently, Gujarat has positioned itself as an industrial hub and in-turn encouraged auto and ancillary makers to invest in manufacturing in the state.

Gujarat’s vast coastline offers opportunity for export through its RORO (Roll-on/roll-off) terminals at Mundra, Kandla and Pipavav. Consequently, over the years, we’ve seen domestic and global behemoths like Ford, Tata Motors, Suzuki, General Motors and Asia Motor Works, amongst others, establish large scale manufacturing footprint in the state. In the footsteps of auto bigwigs, many ancillary and auto-component manufacturers have also set up shops in the state.

Port infrastructure – Vital to automotive logistics & exportsIndia scores high on certain factors contributing to auto export competitiveness, such as labour cost, availability of skilled resources, state of development of auto component industry and quality of automotive manufacturing and engineering. However, it has challenges in terms of logistics cost and the quality of infrastructure which is key in driving export competitiveness. Port infrastructure and waterways transportation would thus play an important part to help India achieve its auto export ambitions.

In 2016, the government unveiled the Sagarmala Project, which seeks to develop 7,500 kilometres of India's coastline. There are investments totaling Rs 12 lakh crore envisaged on ports, allied infrastructure and industrial clusters. Sagarmala also includes 39 road connectivity projects for improving and strengthening the connectivity of ports to the national and state highways which will ultimately boost global trade and benefit the economy. Development of port infrastructure was reiterated in the Union Budget 2017-18 as the government allocated Rs 2.41 trillion for the transportation sector and announced various policy initiatives to support the development of a sustainable and efficient model. A recent relaxation in the Cabotage Law has further clarified the government’s focus on maritime growth.

Encouraged by these positive developments, plans for new RORO terminals as well as augmentation of existing terminals have been announced over the next few years.

Coastal Waterways – Still a long wayFor a country which enjoys over 7,500 km coastline, a mere 7 percent of its overall cargo volume moves via the coastal route. The contribution of RORO cargo in this is a naught.

Volumes at RORO terminals in India are completely driven by exports. However, RORO terminals can play a significant role in the domestic distribution of vehicles. The three manufacturing regions -- Haryana, Tamil Nadu and Gujarat -- distribute cars all over the country. Traditionally, the entire inland logistics for vehicles has been catered to by rail and road. The benefits of water-based transport both, in terms of cost and carbon emissions has long been established. Road transportation, on an average, costs Rs 1.5 per ton-km, for railways it is Re 1 per ton-km. For waterways, it would be 25 to 30 paisa per ton-km only. According to the World Shipping Council, ships emit only 10 gm of carbon dioxide for 1 ton of cargo over 1 km, whereas trucks and trains discharge 59 gm and 21 gm of carbon dioxide respectively.

Thus, there is an immense opportunity in using the sea route to cater to distant geographies i.e. for Haryana and Gujarat clusters to access the southern markets and for the Tamil Nadu hub to access the northern market. However, for this logistics route to be viable, a comprehensive view and a long-term view, including the environmental and social cost of each modal option needs to be taken to arrive at the optimal modal mix for domestic movement and export of automobiles. The government needs to handhold the industry to make the waterway transportation of automobiles viable and sustainable. The hope here again is encouraging government involvement, which has put focus on coastal movement of passengers and goods with many incentives in the area.

The author is a Managing Director, at APM Terminals Pipavav

4,933
Thank you for your comment, we value your opinion and the time you took to write to us!

Tweets by @forbesindia
Prev
The Indian Achilles Heel: Indirect and hidden costs of trade
Next
What can economists do to save the rupee?