A tropical landscape endowed with sunlight, India has taken a leadership position in forging the International Solar Alliance. How can its renewable energy policy be further cemented? 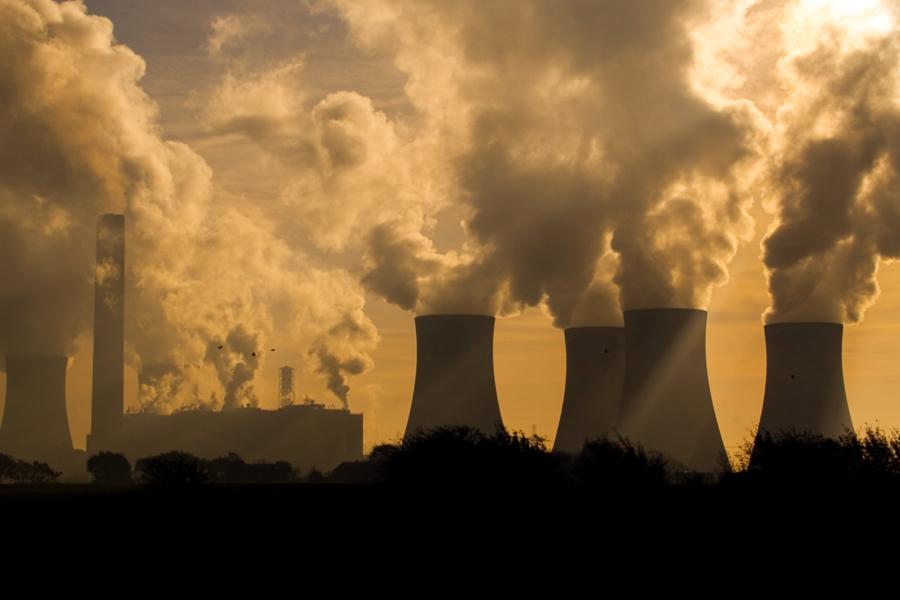 While fossil fuels have powered civilizations’ progress by multipliers, the downside of flaring fossils became noticeable only in the last few decades when the known and long hidden costs materialised in the form of environmental health hazards and a full-blown climate change crisis that has threatened our existence. Image: Shutterstock

The spotted deer took to the air and dispersed in a flash of leaps amidst alarm calls that had begun several minutes ahead of this flight, even as a sentinel langur monkey continued its acoustic pandemonium from a safe tree top perch. The tiger glided from the woods into the glades leading to the waterhole. Cameras, binoculars and eyes awed over the lithe form as the morning sun rays bounced off its rufus, black and white coat.

Ecology tells us how energy from the sun in combination with air and water flows through everything living in a never-ending pattern. Energy has been the prime mover of life on earth. For ages, it has been the sun, wind, biomass and horsepower that fuelled our production and consumption systems. Fossil fuels that came into active deployment in the late 18th century enhanced the energy deployment capability of our systems several-fold, and altered the pace and course of civilization to a very different trajectory. Civilization rapidly moved from food gathering to manufacturing to services to wealth creation to overall human wellbeing. However, this disruptive trajectory has come with a cost that revealed itself in hindsight.

Science and history have provided us with great hindsight but have fallen short in preparing us with foresight. While fossil fuels have powered civilisations’ progress by multipliers, the downside of flaring fossils became noticeable only in the last few decades with environmental health hazards and a full-blown climate change crisis.

A vast body of science-based knowledge has since originated that has laid out possible scenarios of perilous weather extremes and a set of solutions. The solutions to mitigate the risk come embedded in diplomatic and trade complexities and have been navigating a tortuous path through a series of UN and other summits. These are essentially in two categories:

Several studies have demonstrated with empirical evidence the direct correlation among energy deployment, gross domestic product (GDP) growth, and GHG spike in the atmosphere lasting for long periods. Some studies have advanced theories of the GHG curve dipping sharply once GDPs attain certain high levels, understandably so with high income societies calling for sustainability principles and investing in technologies and practices that reduce the emissions. The history of nations’ GDPs and UN summits on climate have, however, not proven this postulate yet. The first of the summits at Kyoto in 2005 tried to enforce emission reduction targets on nations and had failed, while the Paris Summit in 2015 relied on member nations’ willingness to voluntarily undertake emissions cuts, so as to stay within a temperature well below 2, preferably to 1.5 degrees Celsius, compared to pre-industrial levels.

The present levels of CO2 (the most dominant of the GHGs) in the atmosphere suggest that at current levels of emissions, we have less than ten years before we reach a temperature rise of 1.5C, and which calls for both solutions, (i) and (ii) to go jointly and with haste.

With fossil fuels and industrial processes accounting for 65 percent of emissions, replacement of fossil fuels by renewables or unlimited nature sources has come to stay as our key response to GHG avoidance.

A tropical landscape endowed with sunlight, India has taken a leadership position in forging the International Solar Alliance at the Paris Summit comprising 86 Sun Belt nations. Motivated by its progress, India has expanded its renewables target to 450 gigawatts (GW) by 2030 (currently, at 100 GW out of India’s total energy capacity of 383 GW).

Renewables have started emerging as the cost effective, low cost, and long-term solution for our increasing energy needs. The recent news reports of ambitious levels of investments in clean and green energies, including solar modules, battery storage, electrolysers, and fuel cells by leading industrial houses suggest that India is well on the path to emerging as the global leader in sustainable energy. Wind energy, biomass, and small hydro are the other renewable sources, while green hydrogen is promising to emerge in a few years as the most reliable source to decarbonize our energy sector, including the hard industry sector.

As the sun returns as the primary source of energy to drive our GDP, the global community will have to make room to recognise climate change for what it is: A common existential problem that needs a concerted effort, and an opportunity wherein the solutions lie ample avenues for industrial growth, sustainable development, and more jobs.

It is vital that the world transitions towards a cleaner, greener and more promising regime. The sun, grass, deer, languor and the tiger should continue to play their respective roles in the natural history for our planet to restore itself as a habitable home for all.

1,268
Thank you for your comment, we value your opinion and the time you took to write to us!

Tweets by @forbes_india
Prev
How to hire for the future, not the past
Next
Stories from Raigad: How rural communities are building 'dream villages'