Farm loan waivers not a sustainable solution, to have a negative impact on state's fiscal situation

Current policies are creating a distortion in the market than smoothing out prices in times of droughts and good harvests. There is a need to have more proactive engagement from the state governments to ensure that prices do not crash during a bumper crop or escalate amidst a shortage. 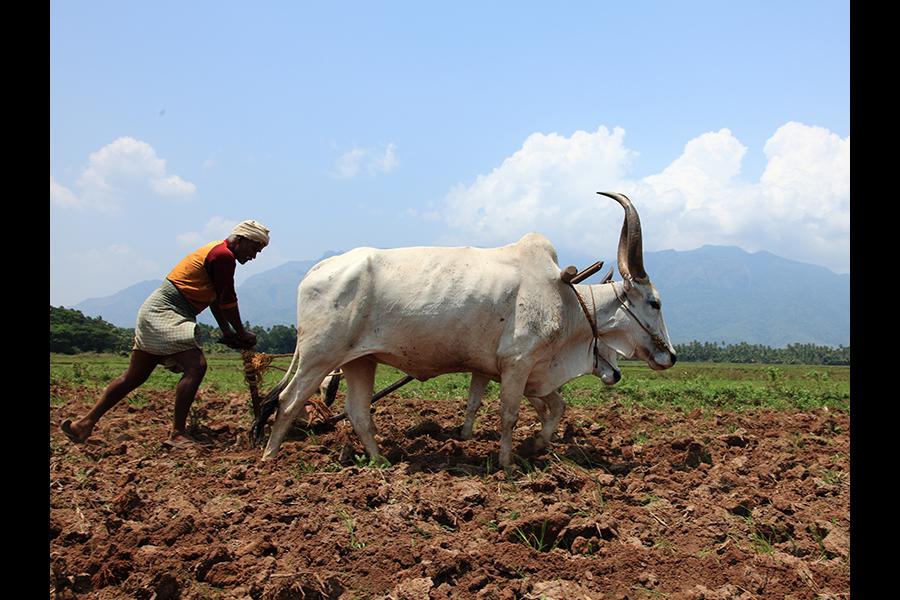 In what has been an achievement in itself, the central government has been able to curb any tendency towards extra expenditure despite the challenges of a sluggish global economy and inadequate investment demand. However, it is exactly in these last years that the states have seen their fiscal balances deteriorate despite getting a higher share of funds from the central government.

There are many reasons for such this deviation between central and state governments and warrants much greater attention by policy makers as there are some important trends emerging in the economy. Looking at the numbers shows that the disproportionate focus on the centre’s deficit levels possibly mask the real picture as states total expenditure exceeds that of the center. But, this wasn’t always the case as data from the RBI shows that during the decade before the implementation of the 14th finance commission (FY04-FY14) the combined deficit of the states had narrowed from ~4% to ~2.2%. Latest data from the RBI also shows that the GFD-GSDP ratio is budgeted at 2.6% during FY18 as compared with a much higher 3.4% in FY17. There are major risks to these numbers too, as farm loan waivers and other substantial outlays such as implementation of recommendations of states’ own pay commissions and revenue uncertainty due to implementation of GST could derail the budget maths.

RBI’s latest report on state finances published in May this year, shows clearly that a major factor in the recent deterioration has been on account of the state’s participation in the financial and operational restructuring of state power distribution companies through the Ujwal Discom Assurance Yojana (UDAY) scheme. As already pointed out, there could be some more events that could lead to a higher level of deficit. But that’s not all, the report also says that for the fiscal year 2017, capital outlay was budgeted to increase marginally with some deceleration in the growth in development capital outlay for water supply and sanitation and roads and bridges. In contrast, a decline was penciled in for family welfare, soil and water conservation, agricultural research and education that raises some concerns as a lower outlay in these sectors could affect future developmental outcomes for the state.

Herein the loan waivers can create a more long term issue i.e. of impacting credit discipline by disincentivising borrowers from repaying and giving rise to a problem of moral hazard. The bigger issue is that such a step actually incentives debtors, capable of repaying loans, to also default.

Deeper analysis shows that the distress has not been an outcome of a uniform problem of droughts across states but a mix of a bountiful harvest as is the case in Madhya Pradesh coupled with drought like situation in others. This highlights the fact that the current policies are creating a distortion in the market rather than smoothing out prices in times of droughts and good harvests. As such, there could be other ways of tackling the situation of distressed farmers in different states, especially with Aadhar enabled identification. There is a requirement to have more proactive engagement from the state governments to ensure that price levels do not crash in the event of a bountiful produce as much as they should not skyrocket in the event of shortage. In the medium term, options in the space of food processing and storage facilities need to be explored at a faster pace.

These policy decisions can also have an impact on how investment momentum builds up in the economy. The quantum of market borrowings by the states have also started to catch up with borrowings of the center with states borrowing almost 81% of the amount borrowed by the center, up from ~46% in FY14. In the coming years states borrowing needs could outstrip the center’s requirements and markets would have to factor in state borrowing schedules as well. This could have major implications for the bond markets and affect overall interest rates in the system.

In a fast growing economy, fiscal profligacy is likely to have a negative impact on the investment cycle as higher borrowing by the state governments could have crowd out the still subdued private investments. Higher borrowing by governments leaves less for the private sector to borrow thereby increasing interest rates. This could lead to a vicious cycle of depressing production and thence job creation, which would continue to lay resource stress on the agrarian economy.

Given the increasing size of the economy and the interdependencies, it is imperative that the center and state work in tandem to create a policy framework that responds quickly to distress in the rural economy while promoting the right credit culture for sustainable long term growth.

9,288
Thank you for your comment, we value your opinion and the time you took to write to us!

Tweets by @forbesindia
Prev
RERA : Knight in shining armour for home buyers
Next
GST: A beginner's guide for companies