Food Security Bill: The many ways of feeding Indians

The nub of the debate in such matters, whether MGNREGA or Food security, is the time period over which it is being provided. In other words, the policy prescription is different depending on whether one is looking alleviate short-term social distress as against building a long-term economic model.

For a while now, readers have been peppered with diametrically opposite views on the Food Security Bill. I am attempting to explain why both sides appear so convincing when you read them. 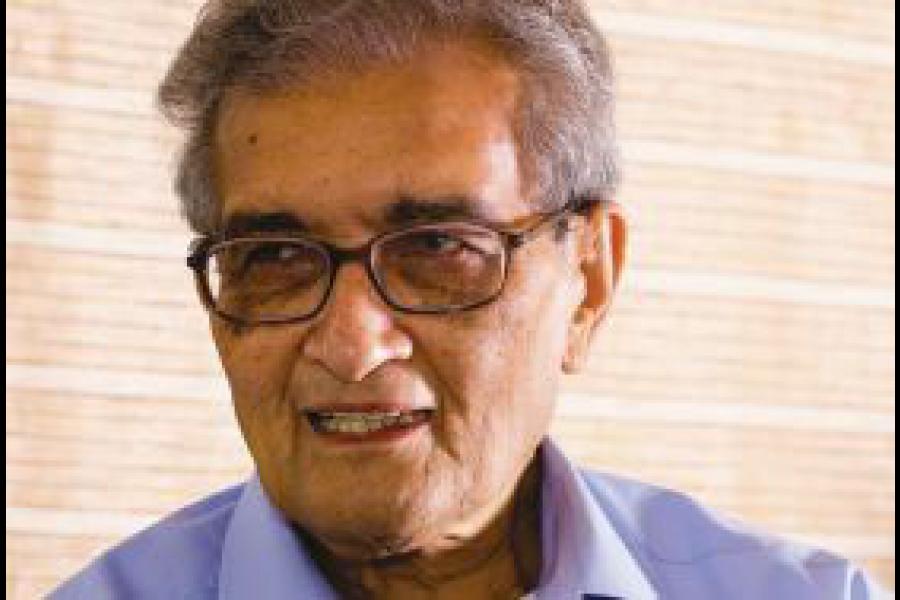 On the `for' side are Nobel Prize winning economist Amartya Sen and his close collaborator, and an outstanding economist in his own right, Jean Dreze. They have not only been pushing for greater efforts to arrest hunger and malnutrition in the country but also pointing out how such efforts are both affordable for the government, and in fact, beneficial for the long term sustainability of the Indian economy.

At first look, they make a lot of sense. India's rapid growth hasn't had as much impact on reducing poverty and hunger as one would like. Our social development continues to lag behind even the sub-saharan countries. Dreze and Sen have just come out with their new book, "An Uncertain Glory" that details India's failure in this regard. It is reasonable to expect India cannot grow to be the superpower of the 21st century with a hungry and malnourished population. Then one reads the views of economists and opinion makers who ridicule such subsidies. A summary of this view was carried by the Financial Express in a recent editorial. In short, these people question both the ideological desirability and the financial viability of such schemes - as in schemes like MGNREGA (which assures minimum employment for rural households) and Food security (which assures minimum food for the disadvantaged).

The argument is that such schemes actually make India unproductive since people, who otherwise have a big reason to improve their skill sets and participate in the market to earn a living, just lounge around and pocket the dole. One industry voice says that such schemes are making India "unambitious".

They also argue against the prohibitive costs of such measure. Surjit Bhalla's curiously titled column, No Proof Required, in Indian Express asserts how the proposed Food Security Bill will cost 3% of India's GDP. The basis of this argument is the inefficient manner in which India has historically run food related schemes like PDS (Public Distribution System). Although in part the 'prohibitive costs' argument is also based on a tacit acceptance that we have so many under-privileged people in India that any welfare scheme might appear prohibitive!

Anyways, that's material for another blog.

On the face of it, most people who are not already toeing an ideology, would find compelling reason in both the arguments.

While India grows at 9% and as a direct result more people become rich, the government is almost morally bound to also ensure that fewer people remain poor. That is to say, the inequality in the society comes down. That has to be one of the key mandates for any welfare state - if not the first one!

Yet, it is reasonable to ask why should we use a supposedly creaky instrument like PDS for such welfare schemes. Why cant we try some other method of removing poverty and hunger. For example, as Manish Sabharwal of TeamLease so peruasivley argues: imagine spending all the money that we have spent on MGNREGA till now (roughly Rs 1.5 lakh cr) on a scheme which incentivises people to develop skills and get a job. This will allow them to fish themselves instead of waiting for government's dole while the economy suffocates with a lack of skilled labour.

The nub of the debate in such matters, whether MGNREGA or Food security, is the time period over which it is being provided. In other words, the policy prescription is different depending on whether one is looking to alleviate short term social distress or building a long-term economic model.

So both sides would agree that there are needy people in this country who,in the SHORT TERM, need help - either through some job security or food security- just to tide over a phase before they can participate in the market.

There is also agreement that we cannot continue giving money or resources in perpetuity. So if you ask Dreze, he'd say that MGNREGA could be called a success if demand for it comes down. That is to say that India' economy picks up so well that nobody in the rural areas would even want to have a MGNREGA job - either because it is too arduous or because it pays too low.

The whole debate, as it plays out in the media, happens at two different levels - and that explains why people from both sides appear reasonable!

Those justifying MGNREGA and Food Security are thinking of government's responsibility to alleviate people's short term distress. This side also expects govt to run programs more efficiently and not give up on programs just because they have not been run efficiently in the past.

Those criticizing are thinking of the negative impacts these measures have when they are run in perpetuity. This lot doesn't say much of what the government should do - they mostly stress on what government has failed to do in the past.

Ashutosh Varshney from Brown University briefly explains this point in his article today :
"Further, there is also a built-in tension between markets and democracy. Markets don’t work on a one-person-one-vote principle, as democracies do. What one can get out of the marketplace depends on one’s endowments, skills, purchasing power and the forces of demand and supply. Markets reward individual initiative and skill, and may also lift many from the bottom rungs of society, but some people never get the opportunity to develop skills that markets demand: they are simply too poor, too handicapped, too sick. Or, skill formation takes too long, while life, if poor, to paraphrase Thomas Hobbes, remains nasty and brutish in the short to medium run"
The fact is that we need both. We can't say that just MGNREGA and Food Security Bill will tide us over forever. Nor can we leave the distressed and hungry lot at the merciless altar of 'market forces' - hoping that the hungry will acquire skills on an empty stomach!So it is not so much about ideology as it is about choosing the right policy for the right time frame.Look forward to hearing from you.

8,419
Thank you for your comment, we value your opinion and the time you took to write to us!