If you live in an Indian city, every breath you take is killing you. Here's why, and how you can change things... 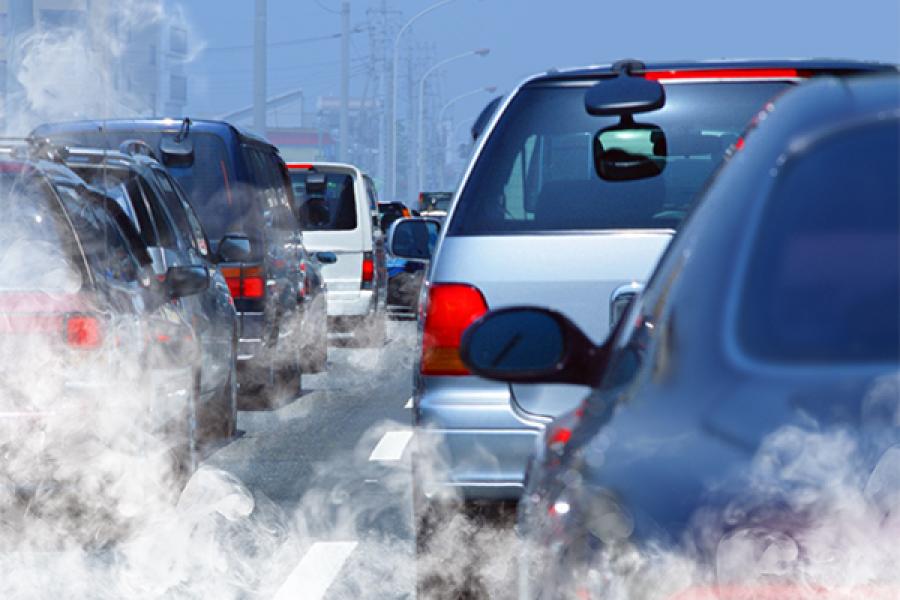 Prioritising rapid urban transit, walking and cycling networks in cities over the individual's use of a car will reduce pollution, but also increase economic and health outcomes (Photo: Shutterstock)

Even as climate change wreaks havoc across the planet, causing drought and floods, and temperatures in 2016 look set to overtake 2015 as the hottest year on record, a far more toxic problem has been slowly brewing over India's cities in the last decades - air pollution. Its impacts are local and far more devastating to every woman, man and child in India. It does not discriminate with regard to who it kills. We fret endlessly about terrorism and turn against real and false enemies, even as the air we breathe is slowly and surely killing us one breath at a time.

In 2015, The Economist published a short piece on the toxicity of the air Indians breathe. It quoted a World Health Organisation (WHO) report that assessed 1,622 cities worldwide. India had the sad distinction of being home to 13 of the 20 cities with the most polluted air, far more than our economic competitor - China. Air pollution can't be taken lightly. It is directly responsible for increased levels of stroke, heart disease, lung cancer, and both chronic and acute respiratory diseases, including asthma. It affects the world we live in too, harming animals and stunting plant growth. This is quite different from global warming and rising greenhouse gas levels, where countries continue to defer action and blame each other for the problem. Air pollution in India is a local, not a global problem that can be solved by your city and state governments .

Air pollution is measured as the levels of particulate matter (PM), ozone (O3), nitrogen dioxide (NO2) and sulphur dioxide (SO2). The PM levels are especially important. Depending on their size, they can penetrate through the lung wall directly into the bloodstream, carrying toxins past your natural defences. Especially to blame are low standards for vehicle emissions and fuel and growing numbers of vehicles on the road, low environmental standards for industrial emissions from factories and power plants, poor standards for disposal of waste and household garbage, burning of crops, etc. You see all of these happening around you every day, and each of you undeniably plays a part in this vicious cycle.

In 1988, my teacher, the late Farida Pedder, brought a leaf into class and changed how I look at the world around me. Plucked off a nearby tree in the heat of the summer, it was covered in black soot. I remember her telling us that this is what one year of being in Mumbai could do to a leaf, so imagine what the inside of all our lungs must look like, with a fresh coating of that black, oily muck year after year. The monsoons would have washed that grime off the leaf, but that isn't an option for our lungs. That was almost 30 years ago. I can only imagine how much worse the problem is today.

The WHO estimated air pollution to cause 3.7 million premature deaths worldwide per year in 2012, with people living in low- and middle-income countries such as India disproportionately experiencing the burden of outdoor air pollution. Eighty-eight percent of the premature deaths occurred in low- and middle-income countries. That number will only rise. Take a look at the graph below from the Urban Ambient Air Pollution database ‐ Update 2016. Canada and the European Union set maximum levels for their cities of 30 to 40 µg/m3. Delhi has the worst levels of particulate matter by far at six times the maximum in the developed world. Mumbai and Kolkata, though lower, are still two or three times higher than what is permitted elsewhere. As India aspires to "emerge" on the world economy, it cannot do so if the very air that Indians breathe kills them. Gardiner Harris' (@gardinerharris) heartfelt column in the New York Times - Holding Your Breath In India - chronicled his own family's struggles with air pollution when they were stationed in New Delhi. He finally decided that his son's health, affected by severe asthma caused by the city's toxic air, was more important that the economic rewards the post offered. This is not just the story of his son Bram, but of every child in New Delhi, or any growing Indian city. Their lives are prematurely shortened and stunted for no fault of their own, leaving them a future of sickness and ill health.

There are also huge economic implications. A very interesting paper published by the OECD in June 2016, titled The economic consequences of outdoor air pollution tries to quantify the economic costs of pollution. Citing the (medical journal) Lancet's, Global Burden of Disease (GBD) study, it estimates that air pollution – indoor and outdoor combined – was the cause of 5.5 million premature deaths globally in 2013. Looking at various impacts of air pollution, including premature deaths, illness, and lost productivity, it estimates that the economic cost for the South Asian and Southeast Asian region alone could be as high as $10 trillion, and take a full 1.25 percent to 1.5 percent off India's annual growth rate. For those of you who think in rupees, that's a very high price to pay in lost lives and prosperity.

For every tough problem, especially those caused by humans, there are always solutions.

The fixes are simple, and well within the grasp of our local governments. Inaction is not a solution. If you live in an Indian city, every breath you take is killing you. If you don't ask for action now, there will be no tomorrow.

10,336
Thank you for your comment, we value your opinion and the time you took to write to us!