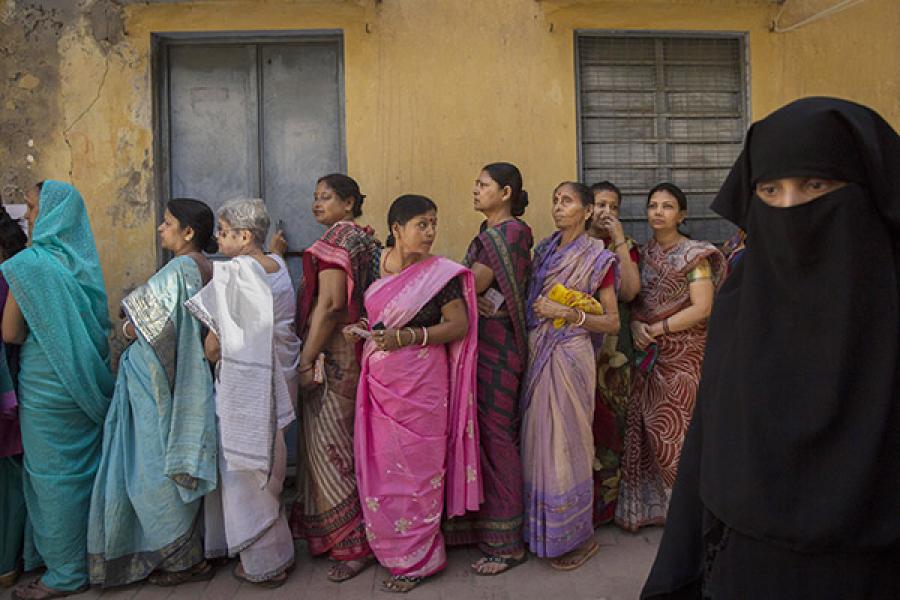 On May 2, I met this girl... let's call her XY. She is not a girl; she is a woman and the mother of two children - a 10-year-old daughter and a six-year-old son. Her friend and she asked me what prompted me to write my book, Half a Billion Rising: The Emergence of the Indian Woman. While discussing it, we came to the issue of female foeticide. Recently, a particular statistic surprised me - gender imbalance among Muslims is almost as bad as Hindus, and these two socio-religious groups account for almost 95 percent of India's population. As per the 2001 Census, sex ratio among Muslims is 936 women per thousand males which is only slightly better than the national average of 933. For Hindus, the figure is 931. This surprised me since erroneously I had believed that the problem of female foeticide was more prevalent among Hindus, Jains and Sikhs. And I mentioned that to the two women.

XY, who was a Muslim, said the scourge of female foeticide was more prevalent among Muslims from states like Rajasthan and Gujarat. A caveat here: I am not qualified to talk about the gender bias among Muslims in other states and this is not an attempt to show Muslims or Hindus or anyone else from a particular state in poor light. During the research for my book, I had found that female foeticide was more prevalent among the more affluent sections of society or it certainly did not decrease with prosperity. I will not discuss the reasons for that, as they have been dealt with in detail in my book. I also realised that contrary to my earlier beliefs, potential dowry demands alone were not at the heart of female foeticide. It was actually ownership and division of property and businesses, which was one of the most important reasons.

XY confirmed my research findings. She is a qualified engineer who was married to another engineer and lived abroad for many years. Her in-laws wanted only male heirs. Between her and her sister-in-law, the family has seven male children. XY also has one daughter, who she refused to abort. The desire for a male child had a lot to do with the family property that would potentially get divided and go to another household since XY’s in-laws were very prosperous. That's one reason the marriage did not last and XY moved back to India some time ago, settled down in a city where a single mother could take up gainful employment and a city that is generally viewed to be more gender-friendly than most other cities in India, although she had no relation with this city. For a year, she behaved like a good Muslim woman to ensure that she received the custody of her children.

XY told me the story of one of her best friends - a man - from her engineering college days. His wife gave birth to a boy at 40 (they have two daughters and had two miscarriages/abortions in between). Before the birth of the boy, the man took his wife to Delhi to determine the gender of the foetus. His defence: “I did it for my wife. I do not have any issues with daughters, but my wife was under tremendous social pressure and therefore, wanted a boy.”

XY’s story (parts of which were narrated to me by her school friend she was visiting) filled me with hope even though there are depressing elements too. It’s girls and women like XY who will change India and Indian society. And that is why it is so important that they get educated and are equipped with the tools to become economically self-reliant, so that they can stand up to protect, educate and empower their daughters and the ones yet to be born. Men will have to change their attitudes and stand up to the pressures of their parents and society at large if the scourge of female foeticide has to end. Men will also need to learn to deal with more confident and successful women and learn to support these strong women.

Also there is hope in some numbers. The child sex ratio (0-6 years) among Muslims is 950 (national average is 927; the average for Hindus is 925). This is encouraging. Over the next 15-20 years, the gender imbalance among Muslims will reverse to a significant extent. Unfortunately, the same cannot be said for other dominant socio-religious groups in the country. Muslims now need a jihad in education, a Muslim scholar told me in Hyderabad. And if I may add, they also need a jihad to ensure higher work participation among their women (14.1 percent vs 27.5 percent for Hindus and a national average of 25.6 percent). It will be good for the community and good for the country. Hindus need to start by stopping the killing of the girl child. A good starting point to drive the social change necessary is to have an open dialogue and not try to be defensive, nationalistic or patriotic about our shortcomings, irrespective of how we stack up against other nations. Note: All Census data quoted here is from 2001 since the 2011 religious Census data is yet to be released.

(Anirudha Dutta's first book Half A Billion Rising: The Emergence of the Indian Woman has recently been published by Rupa Publications)

9,777
Thank you for your comment, we value your opinion and the time you took to write to us!