The quantum of disruption that GST has brought about hadn't been anticipated completely. The challenges ensued have, nonetheless, been an important learning both, for the government as well as the business community 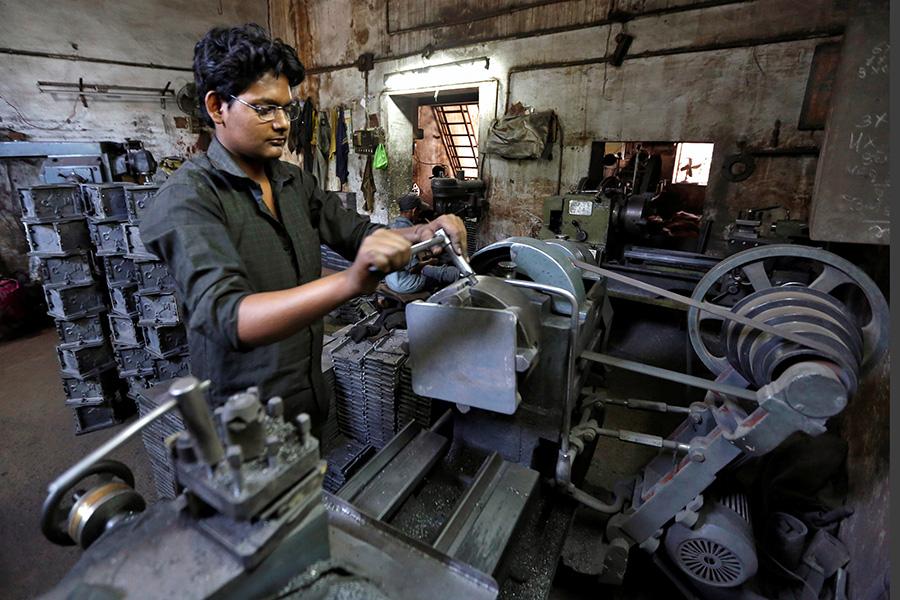 The Goods and Services Tax (GST), which took around 13 years to conceptualise and get implemented is now a reality and little more than 100 days old. While the medium-to-long run benefits of GST cannot be disputed and doubted, the short-run impact on growth has been disruptive, as widely expected. However, the quantum of disruption that GST has brought about hadn't been anticipated completely. The compliance hurdles, ambiguity, confusion and inventory effects that have followed since the implementation have made a dent on the overall growth and hence, on the confidence amongst Indian businesses especially micro (tiny) and small companies. The scale of coverage for India has been huge given that India has a large MSME base, probably second largest in the world and more than 90 percent of those MSMEs belong to the unorganised segment. The challenges ensued have, nonetheless, been an important learning both, for the government as well as the business community and will serve as an important policy inference for other countries as well.

The Initial Hurdles of Adopting GST During the teething period of three months since implementation, the government and business community have witnessed challenges on various fronts, be it adherence to compliance, IT systems & solutions, valuation & classification of goods and services, increase in documentation, higher working capital cost and not the least uncertainty and ambiguity. Further, frequent changes suggested by the GST Council meets kept uncertainly levels elevated. While the theoretical information regarding various processes and laws under GST was available to companies before implementation, the practical challenges regarding all those processes were clear only after implementation since many of the companies were not fully ready and equipped to make necessary changes. Few legislative provisions, such as the requirement of a ‘reverse charge’ payment of tax on purchases from unregistered vendors, added to the complexity further. Moreover, gradual clarification of various legal aspects continued post the implementation and thus frequent clarifications and adjustments had to be executed by the firms. This has impacted the normal functioning of business, especially for micro and small companies, as many of them had to register under GST for the first time and also for the players who had to file returns for the first time.

The multiple revisions in the format to pay taxes were not only difficult for companies to understand, it also impacted companies providing GST software to upgrade their systems, which eventually led to confusion and ambiguity and hence delay in filing of returns. Collating GSTN registration number of customers and vendors and entering them into the system was quite tedious as any error would have the potential to create considerable difficulty in claiming input tax credit on time.

The emphasis on transparency has led to an increase in the number of documents that need to be filed on a monthly basis. Compared to the centralised filing of taxes, the service providers will now have to execute branch level accounting as every state will require separate compliance requirements, documentation and return filing. Additionally, inter branch and intra branch invoicing have increased due to internal tax transfers. Even as the query/ scrutiny/ audit initiated by centre or/ and state can be responded to online, in some cases, physical presence can be mandatory.

GST has also introduced a certain degree of ambiguity regarding the valuation of services, i.e. especially in cases where services are shared within the organisation across the states and has created a room for fraud/ manipulation (in valuation and categorisation). In the case of manufacturing entity, whose warehouses are located in different states, tax has to be paid for interstate transfer of goods, for which refund will be claimed at a later stage. This entails blockage of working capital as raising invoices and claiming input tax credit would usually defer to the next month.

Measures introduced to alleviate the teething troubles
The government in cognizance of the various issues and challenges faced by the business community has taken proactive steps to ease out the difficulties faced especially by the small enterprises and the exporters. The GST Council in its 22nd meeting announced multiple changes including suspending the Reverse Charge Mechanism (RCM) till March 2018. While the suspension of RCM will provide some respite to small companies and companies trading with these small companies, it would result in modification/customisation of ERP and related IT systems for firms. The Council has also extended the composition scheme to taxpayers having annual aggregate turnover of up to Rs 10 million and also now permitted the otherwise eligible suppliers of exempt services, to avail of the composition scheme which will benefit the SMEs.

Further, reduction in tax rates for certain goods and service and relief package for exporters are expected to provide some relief. The major challenges faced by exporters were on account of delay in refunds resulting in blocked working capital. The government's move to issue refunds of GST paid by exporters as soon as possible and introduce an e-wallet system with automatic credit of a notional amount from April 1, 2018 will reduce the working capital issues being faced by exporters currently.

Though, deferring the implementation of e-way bill system is an interim relief for small traders and businesses, the eventual roll out is likely to cause some hindrances and confusion amongst traders. It would require upgradation of the IT system as it will necessitate documentation and tracking on a real time basis. Validity of e-way bill number (EBN) could pose a challenge for transportation of goods within city limits. This could result in additional transit time for smaller entities and expiry of e-way bill owing to system failure or change in destination of delivery would lead to challenges.

Going forward, there is urgent need to standardize and simplify certain processes and procedures. The selection of 4 or 8 digit HSN codes should be made standard across value chain. Also, the government should endeavor to further simplify the mechanisms for small players so that instead of exempting them they are included under the broader GST umbrella. All businesses who have to obtain license to set up shop should be made to register under GST irrespective of whether they have to pay taxes. This would eliminate the need for RCM and encourage smaller businesses to register and MNCs to deal with smaller vendors. Micro firms should be allowed to file their return and pay taxes on a yearly basis instead of quarterly. Lastly, the GSTN registration number for all the businesses operating in India like unique identification number ‘Aadhar’ for every individual would serve as an important identification number for businesses for accounting and policy formulation.

9,723
Thank you for your comment, we value your opinion and the time you took to write to us!