With India looking at reducing its defence import bill significantly, the government has two options - to go for indigenisation or modernisation 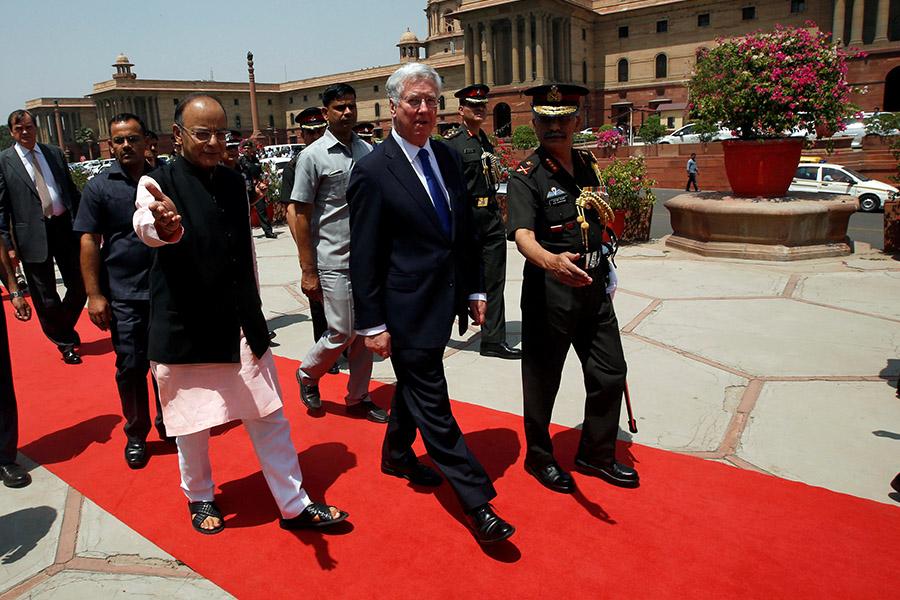 The rapidly changing regional and global security challenges have forced countries across the world to rethink their defence strategies and plans. This is certainly the case in the South Asia and South-East Asian regions.

It is no wonder, therefore, that India is ranked among the top 10 countries in the world in terms of military expenditure. The Indian Defence Minister had announced the government’s intention of procuring about $10 billion worth of defence products per year in the next 5 to 10 years.

At the same time, it is also the Indian government’s priority to reduce import dependence by about 40 percent or more. Towards this, it is actively promoting indigenous defence manufacturing, through key programmes such as 'Make in India', which seeks to increase advanced manufacturing from 15 to 25 percent of Gross Domestic Product (GDP). India is uniquely positioned to create a vibrant defence manufacturing ecosystem that can help achieve self-reliance in this increasingly complex and emerging region.

Unique potential for India-UK defence industry partnerships Post-Brexit, the UK is understandably very keen to develop a bilateral Free Trade Agreement (FTA) with India. This is especially so with upgrading the dialogue between the two countries from a bilateral one to one of a truly Strategic Partnership. It is against this backdrop that India and the United Kingdom (UK), two democracies linked by common global values and a shared history, have a unique opportunity to work together to redefine the terms of engagement in defence industrial partnerships.

Building on the Defence and International Security Partnership (DISP) agreed in November 2015, the UK and India are committed to further strengthen their strategic partnership in defence. The two countries decided to advance their bilateral defence cooperation agenda through a process called Capability Partnerships. These will be achieved through a range of activities including military to military cooperation, training, exchange of subject experts, research and technology linkages as well as defence manufacturing. All of this can happen only on a broad indigenisation agenda. 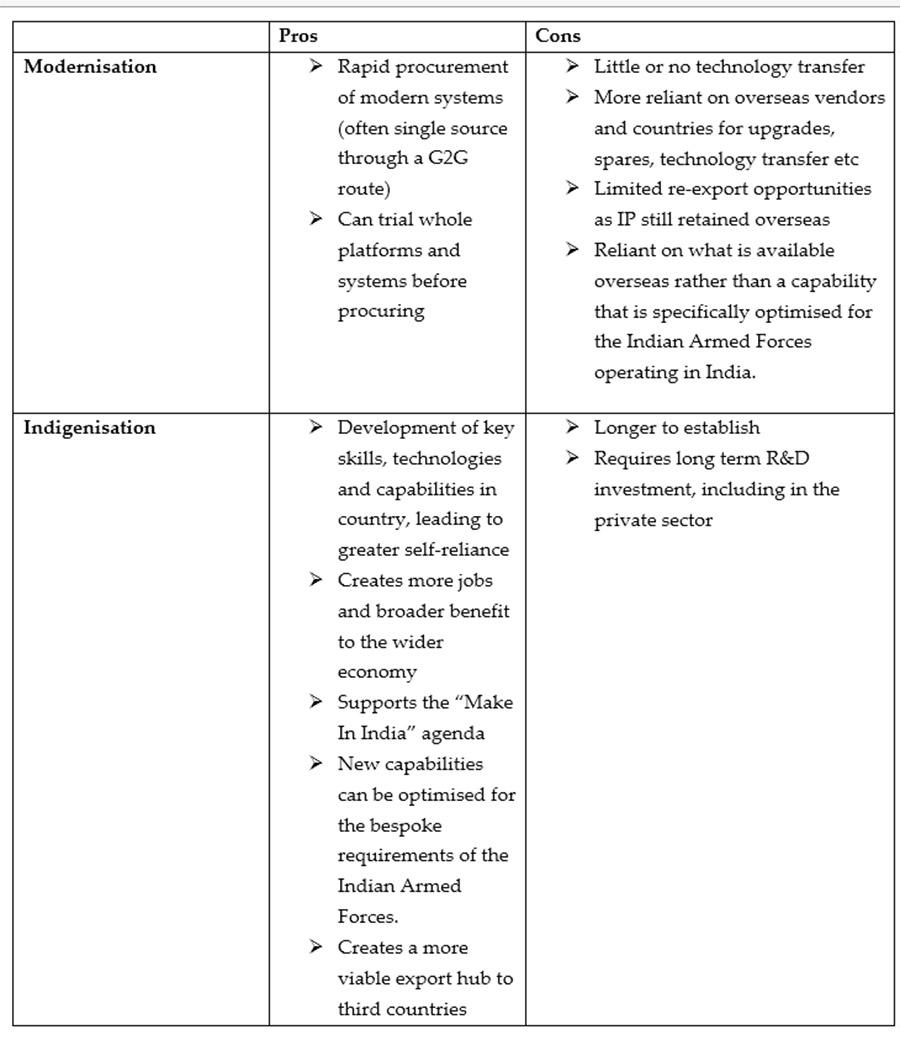 And certainly, a major bilateral defence deal supporting this drive towards indigenisation, under the auspices of this new bilateral relationship, would provide a very strong signal of such a paradigm shift.

When the UK Secretary of State for Defence Sir Michael Fallon visited India in April 2017, he spoke of the UK’s keen intent in not only simply transferring modern technology to India but also collaborating with India in developing modern defence technology, particularly highlighting gas turbine technologies. The UK’s declaration of India as one of only three strategic focus countries for defence industry partnership (alongside Japan and South Africa) through its Defence Growth Partnership (DGP) is clear proof of the UK government’s commitment to make good on this intent. The UK government and defence industry are working hand-in-hand to find new means of delivering innovative technology, products and services into India that will meet Indian defence customers’ needs and support the wider agenda of defence industrial collaboration.

Indigenisation versus Modernisation
Thirteen years ago, the Vijay Kelkar-committee recommended the opening up of the hitherto closed defence production sector to the domestic and foreign private sector. At the time, some 50 percent of the Indian military inventory was rated as obsolete and some 70 percent of new equipment was imported, with minimal or no technology transfer. The understandable intent was to reverse this to just 30 percent imports within a decade. However, these two statistics led to two agendas – modernisation and indigenisation - with distinctly different pros and cons and acting on different very timescales.

At a simplistic level, modernisation is more easily achieved: you can buy in best capabilities from foreign governments relatively quickly, often at platform level, which the Indian defence sector is not yet equipped to indigenise. It rapidly modernises the Armed Forces by compromising on the indigenisation of the skills, technology or capabilities.

However, as for any country in the world, indigenisation is a time-consuming process. There are two ways to circumvent the limitations of time. Either that one goes for modernisation and buys off the shelf (as above, but with the attendant compromises), or India partners with a supportive government and company to accelerate that indigenisation as far as practicably possible. This still generates the skills, capabilities, technology and Intellectual Property (IP) in India, with benefits to the much wider economy, as well as generating self-reliance and potential exports to third countries.

Until now, perhaps understandably, modernisation has dominated the foreign OEM market procurement for the Indian Air Force and the Navy. But indigenisation is increasingly gaining prominence through Prime Minister Modi’s 'Make In India', the launch of the “Strategic Partnership” policy and the prioritisation of defence procurement through the new “Indigenous Design, Develop and Manufacture” category, all of which will also lead to permanent value-adding job creation and skills development throughout the country

7,412
Thank you for your comment, we value your opinion and the time you took to write to us!

Tweets by @forbes_india
Prev
Sharing Economy: Is this the end of hyper-consumption?
Next
Goods and Services Tax (GST) since implementation