Insolvency and Bankruptcy Code: What's all the noise about?

There have been major debates, whether the implementation of IBC is a boon or a bane

Hiten Kotak is the Leader M&A Tax and Aditya Narwekar is the Partner M&A Tax at PwC India. 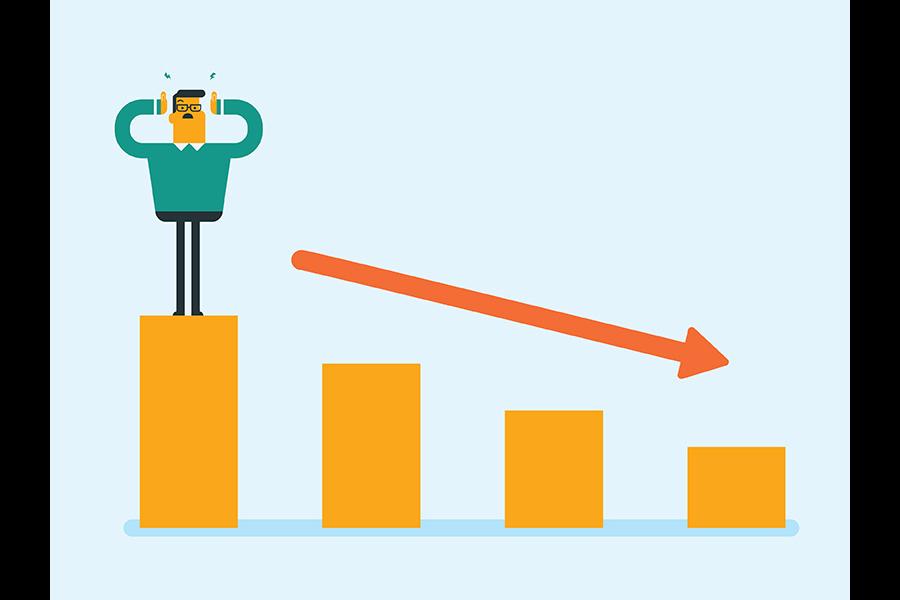 The Government of India implemented the Insolvency and Bankruptcy Code (IBC) to consolidate all laws related to insolvency and bankruptcy and to tackle Non-Performing Assets (NPA)— a problem that has been pulling the Indian economy down for years.

About one year ago, India’s NPA ratio was higher than any other major emerging market (with the exception of Russia), higher even than the peak levels seen in Korea during the East Asian crisis. Sectors such as energy and infrastructure, metals and mining, procurement, construction, and so on, in particular, had taken hits and showed signs of weakness. Making things worse, India’s crème-de-la-crème thought they could walk away from their debts without facing any consequences.

Businesses not only generate employment but also create economic growth. It is crucial to bring in a mechanism to settle entities sliding into bankruptcy, without causing damage to the economy. That's where IBC came in.

According to statistics, India is ranked 103 in the World Bank’s rankings of how nations handle insolvencies. Before the introduction of IBC, it took companies about four to five years to dissolve its operations; the number has dropped drastically to a year. This has not only increased the ease of doing business but also imbibed a stronger sense of trust in lenders and investors.

There have been major debates, whether the implementation of IBC is a boon or a bane. Or is it just a great move with teething problems. Historically, the entire process of insolvency and liquidation has always been in the hands of the shareholders and debt holders. Generally, by the time the entire process was over, the assets were eroded with very little left for distribution. Or the promoters participated in the bidding process and reacquired the same assets but with a steep haircut, leaving the lenders outraged and helpless.

The IBC has paved the way for a major power shift from the hands of shareholders and debt holders to creditors. Now a creditor with a default of Rs 1 lakh, can roll the company into liquidation. However, there are some grey areas when it comes to foreign creditors. The Foreign Exchange Management Act, 1999 (FEMA), has not been amended and synced with these regulations, as FEMA requires Reserve Bank of India (RBI) approval in case of sale of assets or adhering to certain pricing guidelines. There may not serve the purpose of the IBC or could also lengthen the process thanks to prerequisite approvals. Now, employees can also take action and file for bankruptcy, as in the case of Aruna Hotels, Chennai.

The advantage of this enactment has been the time-restricted resolution process. In addition, the IBC regulations were recently amended to state that promoters are now prohibited from bidding or participating in the sale process of the assets, making the whole process a lot more reliable and transparent. This has raised immense hope of faster recovery, lesser defaults and a stronger lending and investment sector in India.

Government data shows that 2,434 fresh bankruptcy cases have been filed and 2,304 cases of winding up have been transferred from various High Courts in the past year. Of these, 2,750 cases have been disposed. In addition, there is a turnaround, operation creditors—both secured and unsecured—and financial creditors can file cases. This seems to be a slight hiccup, considering the Indian business scenario, most businesses have outstanding debts in crores, based on historical business practices and understanding. In addition, it partially fails in reasoning how a creditor can file for bankruptcy if the company defaults payment to other creditors and not the applicant creditor.

On the other hand, the law has made it very clear that promoters and business holders can no longer operate according to their whims and fancies, with simultaneous defaults piling up in their arena. The authorities are making a genuine attempt to reduce the time taken, curb delays and prevent NPAs. Further, the RBI has released a list of 12 companies that are estimated to account for 25 percent of the country’s gross NPA. These cases will soon be reaching their 270-day time limits, setting down an illustration for the working of the code in India.

With these developments, has come a huge boon to the mergers and acquisitions industry with every debt-stricken company trying its hand at debt restructuring or an internal restructuring or putting up its distressed assets on sale for potential buyers. It is interesting to note that the M&A industry has been reaching new heights as there are opportunities on both sides of the table for these professionals.

There has been an outburst in the number of deals being proposed and according to a report by Thomson Reuters, the RBI has already mandated 12 cases for early bankruptcy proceedings. These 12 cases have NPAs worth about Rs 2 trillion. Even if there is a 50 percent haircut by the banks, Rs 1 trillion is the M&A opportunity that we are talking about. Additionally, banks have been piling up on stressed assets and the number of IBC cases being filed with the National Company Law Tribunal (NCLT) is increasing every month. Going by the trend so far, this could by far be one of the best years for the M&A space.

All in all, the IBC seems to be in its elementary stage, backed by a strong structure and framework. The government is continuously evolving and bettering the provisions of the code; furthermore, the Supreme Court (SC) has also amended it multiple times already.

The general belief is that it will certainly enable banks to take early legal steps. The aim of the IBC is to develop a proper insolvency resolution process, which focuses on resolution and not become a recovery mechanism. Now, it seems to be a work in progress, with better future prospects if it overcomes its present obstacles, plugs gaps and tackles important issues.

By Hiten Kotak is the Leader M&A Tax & Aditya Narwekar is the Partner M&A Tax at PwC India. Views expressed are personal

19,245
Thank you for your comment, we value your opinion and the time you took to write to us!

Tweets by @forbesindia
Prev
Easing the toil in tolling
Next
Will private banks contribute nearly half of all incremental loans by FY22?