A cascading system of indirect taxes have so far clipped the wings of the aviation sector, but the draft National Civil Aviation Policy could be a silver lining 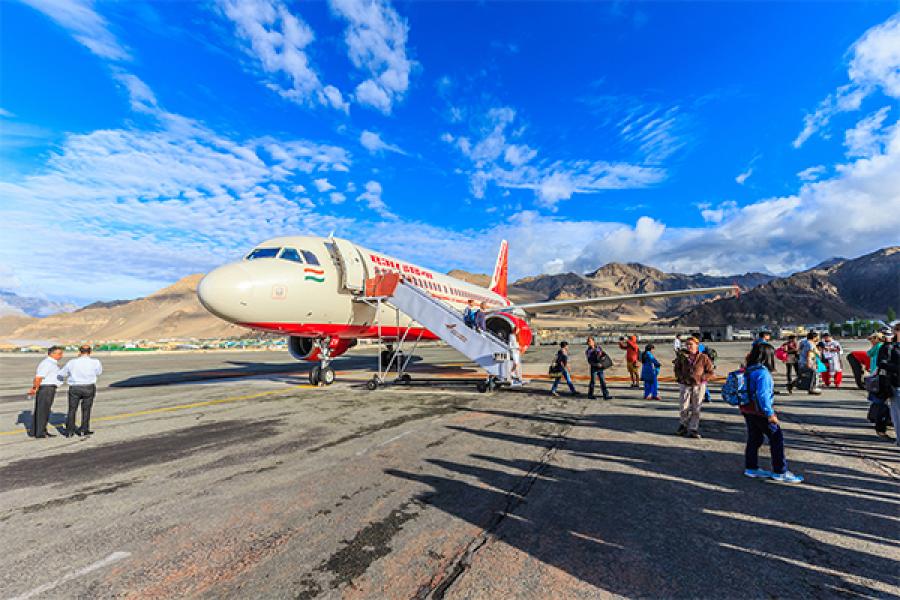 The tax incentives under the Regional Connectivity Scheme (RCS) include, substantial reduction of tax on sale of ATF, exemption from the levy of service tax on sale of air tickets for airlines flying on designated routes

Placed perfectly between the western and the eastern hemisphere, India has the opportunity to take advantage of its geographical location to become the hub of the global aviation industry. Other factors such as large scale collaborations between international and domestic airlines, emergence of world class airports and liberal Foreign Direct Investment (FDI) norms are also playing a vital role in pitching India as an upcoming leader in the global aviation sector.

However, despite the presence of such driving forces the Indian aviation industry has not tasted its due share of success yet. Exceptions apart, a majority of the players in the passenger transport industry are understood to be incurring significant losses.  Other commercial operations in the aviation space such as cargo transport, ‘maintenance, repair and overhaul’ (MRO) and the aircraft manufacturing industry are still at a nascent stage. For instance, the draft National Civil Aviation Policy 2015 indicates that the present spend by domestic carriers on the MRO of their fleet is approximately Rs 5,000 crore with a majority of such spending being done in countries like Sri Lanka, Malaysia and UAE due to lack of adequate infrastructure in India.

It would not be an overstatement to say that the cascading and multi-tiered system of applicable indirect taxes in India copiously contributes to derailing the aviation industry off its high-growth path. Despite the efforts made by the central government, various factors under indirect taxes continue to obstruct the growth of the aviation sector and are yet to be rectified.

One such factor is high tax costs on the procurement of Aviation Turbine Fuel (ATF). The fuel accounts for nearly 40 percent of the operating costs of a domestic carrier.  With an apparent fear of loss of revenue, ATF was excluded from the purview of Goods and Services Tax (GST) in the initial years of implementation under the draft 100th Constitutional Amendment Bill, 2015. Levy of service tax on airport levies such as Passenger Service Fee and other similar levies, service tax on MRO activities undertaken for foreign airlines etc., swell the costs for airline operations.

To add to the pain, passenger airlines in India have been perennially facing tax controversies on several accounts including eligibility to claim abatements on various charges collected as part of air ticket fare, classification of the nature of other services rendered and received by airlines.

In order to tap the potential of the aviation sector, the government has now made an effort to eliminate some of the impediments obstructing the growth of this sector.   One such step is the draft National Civil Aviation Policy 2015 which has been released by the Ministry of Civil Aviation for comments from the industry.  On perusal of the draft policy, it appears the government has been able to identify and isolate the significant aspects, which are relevant for turnaround of the present situation of the aviation sector.

For instance, the government proposes to implement the Regional Connectivity Scheme (RCS) effective April 1, 2016 in order to achieve the target of nationwide airline connectivity.  The tax incentives under RCS include, substantial reduction of tax on sale of ATF, exemption from the levy of service tax on sale of air tickets for airlines flying on designated routes.

Also, in order to boost the maintenance, repair and overhaul (MRO) industry in India, the government proposes to offer various tax and non-tax incentives to the industry, such as zero-rating the services by such MRO unit, relaxation in availing customs exemption on import of tools and aircraft parts and extension of tax-free storage of imported equipment for up to three years.

The success of the said draft policy is largely dependent on the ability of the central government to reconcile its differences with the state governments and implement all the indirect tax incentives envisaged both under the central and state laws.  With the introduction of the GST regime, the government is hopeful to resolve majority of the indirect tax issues so as to boost the growth of the Indian aviation industry.

However, it is equally imperative that until the introduction of the GST regime, the government work towards easing out the issues faced under the present tax regime by the aviation industry.  One can only hope that Indian aviation industry would soon get its wings and prove to be one of the key growth sectors for the country in the years to come.

6,847
Thank you for your comment, we value your opinion and the time you took to write to us!

Tweets by @forbes_india
Prev
Horse carriages to Taxicabs: New paradigm in road passenger conveyance in India
Next
A wake up call for board members in India