It’s like a mixed bag, depending on whose side you’re looking at it from 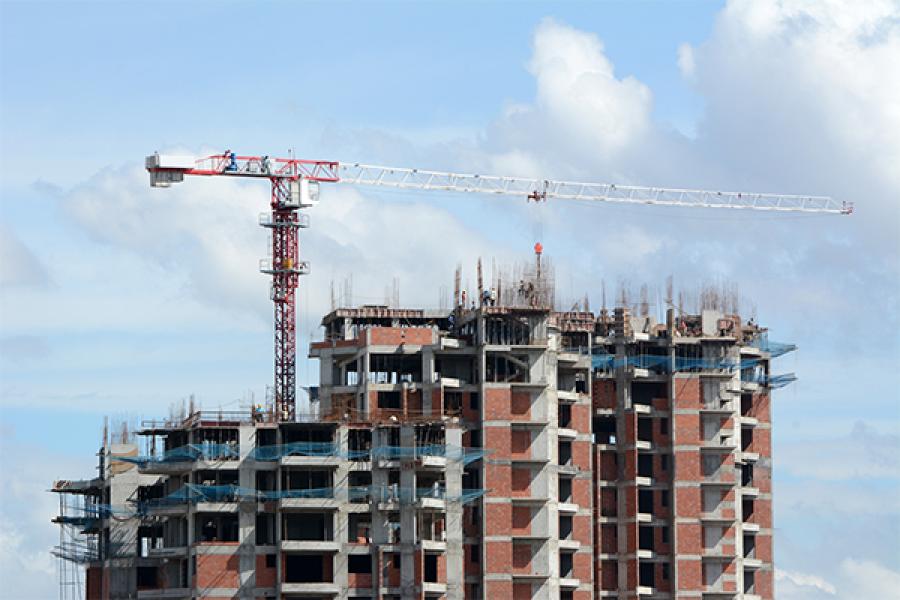 Construction activity / works contracts and also sale of units before completion have been deemed to be ‘supply of services’ in the Model GST Laws ( Photo: Shutterstock)

The real estate sector looks upon the Goods and Services Tax (GST) Bill to be a harbinger of change as the sector is currently plagued with a myriad of indirect tax issues both at the Centre and state level. Even though the GST Constitution Amendment Bill awaits approval from the Upper House of Parliament, with the release of the Model GST Laws, the much-awaited GST regime in India has attained a certain degree of tangibility.

From a home buyers’ perspective, the key factor would be the GST rate applicable on purchase of residential units. It is hoped that the GST rate will be moderate and such transactions will get covered under the lower rate schedules. The model GST law does provide an indication that the home buyer in general could benefit from the introduction of GST, if the GST rates are moderate.

For instance, construction activity / works contracts and also sale of units before completion have been deemed to be ‘supply of services’.  The major gain from this treatment is that the tax would be now charged on the actual contractual base and there should not be any overlap of VAT and service tax on a certain portion of such contracts like under the current regime. This should in itself lead to reduction in tax costs. Also, given the onus on free flow of credits, excise duty, CST, entry tax, octroi paid on procurements like steel, cement and other materials used in construction which presently end up being a cost in the system will no longer exist. GST paid at the procurement stage will be available as credit right from contractor to the developer. Hence, the contract prices should come down, which, in turn, should benefit the developers and more importantly, the customers, ie, the common man.

From a developer’s perspective, it seems that there has been an attempt to simplify the law with a uniform tax structure and as a result, there are no multiple composition schemes envisaged for payment of GST. Real estate transactions are expected to attract the scheduled GST rate (which is not yet prescribed) after deductions for land values, with free flow of credit. However, the restriction on availing credits on goods and works contract services used for setting-up commercial and retail projects continues. The cost impact though will be the net of the effective increase in GST rate as compared to the combined VAT and service tax rate at present that is paid to the contractor versus the potential benefits arising from the free flow of credits on the contractor procurements.

Taxation of joint development agreements where area is shared between developer and customer is clearer with barter transactions being covered within the meaning of ‘supply’. However, there continues to be no clarity on valuation and timing issues. Similarly, the debate on valuation for land deduction, land-related transactions such as taxability of development rights, land aggregation transactions, etc, are not addressed under the model GST law.

For SEZs, the GST regime may turn out to be a big dampener. The Model GST Law is silent on zero rating of supplies of goods and services to SEZ developer and units. The SEZ units are given the same treatment as a DTA exporter and will be required to claim refunds of unutilised input GST credits. This could potentially result in the SEZ regime losing its sheen.

For the state governments also, GST may be a simpler law to administer, from a real estate perspective. Presently, due to a couple of landmark rulings of the Supreme Court, the ability to collect tax on sale of units by developer to customer is curtailed to an extent. Under GST, construction undertaken by the contractor to the developer and the sale of units before completion by the developer to the home buyers will be treated as two separate transactions, on which applicable GST is payable with free flow of credit. This should ultimately increase the collections from this sector. Revenues from stamp duty and registration charges in any case continue as these are not subsumed under GST.  Further, the state governments will now get revenues from the entire gamut of real estate transactions, including on rentals of properties, assignment of rights, etc.

Overall, GST seems to be a mixed bag for real estate depending on the perspective from which one views it from. For the developer community, it appears to address a few key issues while leaving several others unattended. There seems to be adequate scope for advocacy and representations to ensure clear tax provisions relating to some complex real estate transactions.

10,208
Thank you for your comment, we value your opinion and the time you took to write to us!

Tweets by @forbesindia
Prev
India-Mauritius tax treaty: An end and a new beginning
Next
Will GST result in more capital requirement for the infra sector?