The goal is not only transportation and building roads but looking at holistic solutions for transporting people. For this, smarter cities need to be planned which completely deduct the ‘commute’ aspect and save time for the masses 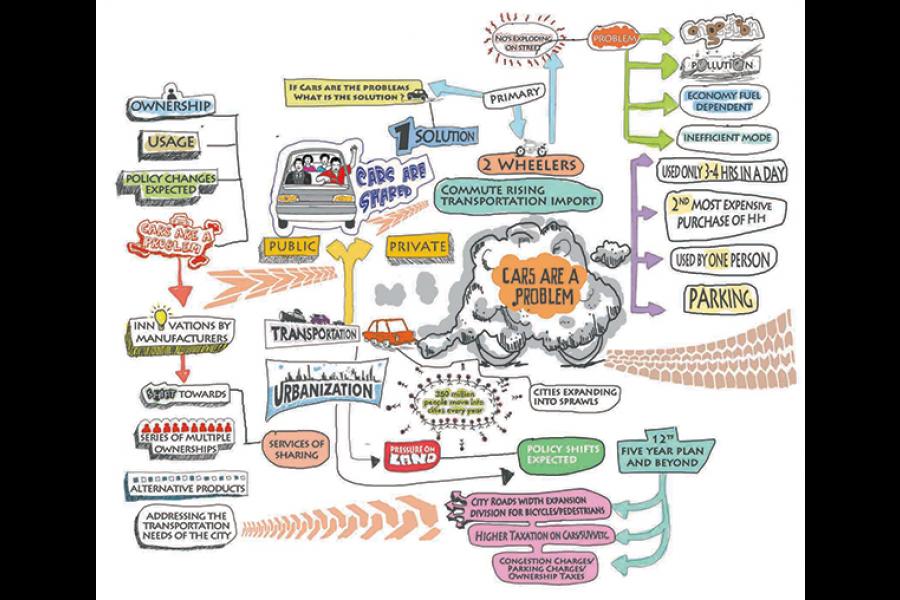 The most pertinent question is: Why has urban transportation become such a strong component of city planning, so much so that we are considering developing cities around it?

This mindset is now embedded deeply into the minds of Indians. A car is not a vehicle: it describes, defines and determines your status in the society. Most perceptions in a car obsessed city like Delhi are strengthened while waiting for cars in the porch area of a hotel.

This volatile mix of identity, self and a car meant that the well-intentioned but poorly communicated BRT corridor experiment failed in Delhi. It is doing well in Ahmedabad, as that city does not yet see the car as an extension of self. But with rising aspirations and acceptance of northern mores, a cultural shift is underway.

To understand the importance or impact of this shift, we need to correlate it with the rising road density in our cities. The higher the road density, singular obsessions with flyovers and overhead passes, the stronger is the impact. Somehow, the thinking is that houses, malls, livelihoods and even people must give way for roads or cars on that road. This obsession also reveals itself when highways are designed with pedestrian crossings or even paths.

National Highways across the country suffer from this ignorance that roads are made for only fast moving vehicles. Led by people who have forgotten to travel on foot, influenced by lobbyists from the auto and cement industry, the Ministry of Roads and Surface Transportation has a warped vision of its goal. The role of the ministry is not to build more roads, but to provide transportation.

When the goal is transportation, we will not be building just roads but looking at holistic solutions for transporting people. This brings me back to my basic idea of why do we need to move people. Why does commute to work, playing or any other activity become such a big part of human life? How much energy and time are we destroying by not designing our cities in such a manner that the commute is almost absent from the lives of our people?

Though, the white paper on smart city does refer to a more vertically aligned development. The simple thinking is that, if mixed used vertical development will be allowed, it will reduce the commuter’s woes. As the commercial, residential, entertainment, healthcare and education could be in theory be located in a single complex.

While some of this vertical growth is good, it also needs to be balanced with green areas so that the smart city can have balanced environment too. There are benchmarks that have been laid down in the white paper on smart cities that have not been notified as they are still in a white paper.

A reader had pointed out that the criticism of the paper as a compendium is misplaced.

I disagree, as it has still not been accepted as a policy. It does mention good things but needs more details.

These benchmarks in brief are as follows. For more details, do read the end of the paper:

One of the core issues is that, commute time has to be reduced and pedestrians and cyclists have to be given the right of way on roads. This already exists in several European cities where a car has to stop on a crossing or even a red light to allow all the cyclists and pedestrian to move. This right of way is the most crucial aspect of changing the cultural ethos of the car. This also reduces the importance of the car and people tend to delink its importance from self, one of the most crucial issues.

As I have pointed earlier in my posts, cities become smarter because they are liveable and not vice-versa. Reducing the importance of the cars is a crucial aspect.

10,321
Thank you for your comment, we value your opinion and the time you took to write to us!