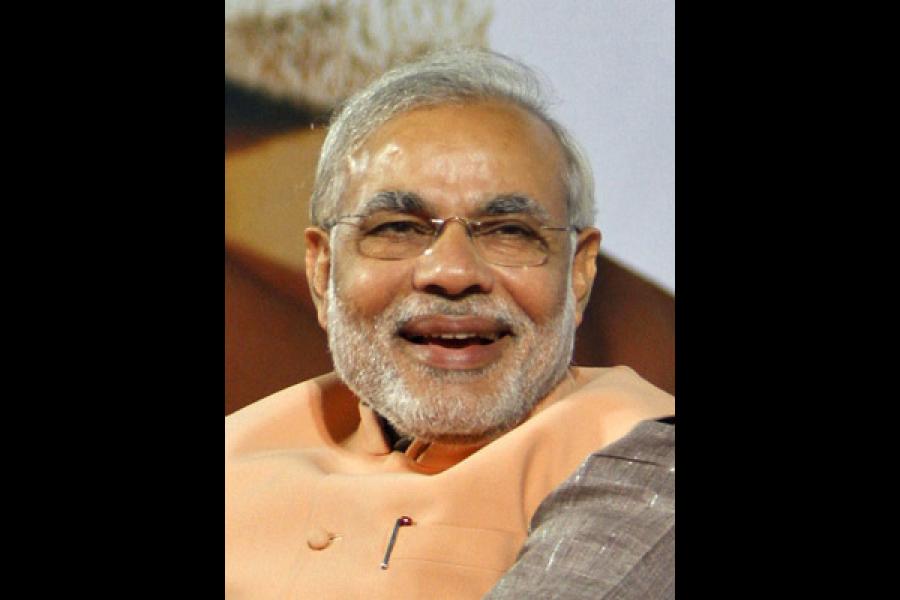 Politically speaking, I believe there are two kinds of people in India today: Those who are willing to give Narendra Modi a chance at the national stage despite the perceived blot of the 2002 communal riots and those who are dead against Narendra Modi , despite his perceived success in governance since 2002.

[Rahul Gandhi does not even figure in the picture – at least not in relation to the next general elections.  By the way, contrary to popular imagination, Rahul Gandhi is not Congress and Congress is not Rahul Gandhi.  So Congress may still perform better than expected but it won’t be due to Rahul Gandhi, rather despite him.]

Anyway, back to Modi [although it was too tempting not to compare Modi with Rahul Gandhi upfront!]

Narendra Modi’s speech at the inaugural ThinkIndia Dialogue by Network 18 was remarkable for two broad reasons.  One, his ability to give specific solutions for better governance. Two, his stress on the involvement of people in governing themselves.

Delivering the keynote address on the topic “Why India needs less government and more governance,” Modi spared no opportunity to showcase his administrative acumen.

One might ask why can’t we say the same for Rahul Gandhi or even Arvind Kejriwal? Perhaps, because neither seems to know what they are talking about.

Rahul Gandhi, as he so eloquently showed during the recent CII event, has no clue about any specific solutions. You can ask him about the water crisis in India and he is likely to give you the same answer that he gave for improving India’s space program!

Kejriwal seems to suffer from the old problem of taking oneself too seriously even when the world has moved on.  He seems to have been done in by his childish insistence to treat corruption as the root cause of all ills in India – instead of seeing corruption as a symptom than the disease.  As such, most of his solutions lack practicality. Moreover, there is little acceptance in his narrative that Indians themselves are to blame for choosing our politicians and the quality of governance that we get.

But then it is not good electoral politics if Kejriwal was to train his guns on the people! So it is best for him to behave like a politician and blame other politicians.

Modi's envious reign as the Gujarat Chief Minister is like his laboratory where he has tried out several governance initiatives and is using them to woo the national electorate.

For example, he talked about the “One day governance” that was started in Gujarat in 2003. This involves technology enabled citizen service centre that can process your everyday certificates and affidavits within 12 hours.

“So you leave the application at the centre on your way to work in the morning and collect the certificate on your way back,” said a beaming Modi. “Even the government earns more because people are willing to pay more for timely service.”

“Does the government come and inspect whether the brakes in your car are working or not? We have to learn to trust people,” he said, while explaining the rationale behind doing away with a whole bunch of inspectors for industrial boilers and elevators in high rises.

But beyond the micro details, Modi also stressed on the macro concern of involving the people in governance.  His idea is to involve people in the decision making process so that they have a sense of ownership of the government, its initiatives and its property.

‘In India, government does not mean “mine,”’ said Modi while explaining that the apathy towards public assets and rules is due to the long-standing sense of alienation and governance deficit.

Modi says PPP (public private partnership) is not enough in today’s India. And added another ‘P’ if governance has to work.

Perhaps the shadow of 2002 will never leave Modi but as far as other governance initiatives are concerned, Modi not only seems to have the right ideas but also the ability to articulate them – a rare commodity in the Manmohan-Rahul Gandhi era!

Coming back to my first observation, let me ask you: Are you willing to give Narendra Modi a chance in 2014?

7,246
Thank you for your comment, we value your opinion and the time you took to write to us!

Tweets by @forbesindia
Prev
In education once is not enough
Next
Is Indian business Janus faced?