Protecting "wasteland" can save many species of animals 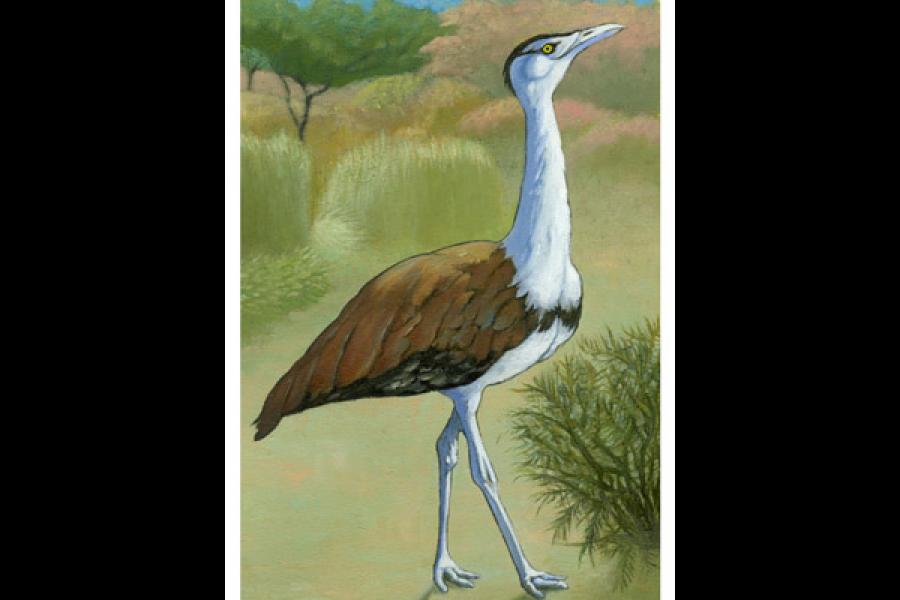 The Great Indian Bustard may be seen in pictures like this if we don't act soon (Image: Corbis)

In May this year, Conservation India, a non-profit organization that aims to enable conservation action, took up the campaign to save the Great Indian Bustard (GIB). One year ago, Kedar Gore, had a similar campaign on change.org to ‘Save the Indian Bustard Campaign’, but it was restricted to the Kutch area of Gujarat.

A scientific paper ‘Running out of time? The great Indian bustard Ardeotis nigriceps—status, viability, and conservation strategies’ dated in 2010 stated the number left behind was 300-350. Experts now say that number has further dwindled to just 200.

Policy makers and government officials need to sit up and take notice of this continuous decline in the number of GIBs as solving an issue related to this species can unlock solutions for other endangered animals.

The matter has reached a critical juncture where Ramki Sreenivasan, co-founder, Conservation India, decided to put all his marketing weight behind saving this bird. “It almost became our national bird,” says Sreenivasan. “However, government officials wary of a possible spelling error causing any embarrassment to the country had it changed to the peacock.”

On a serious note, the issue with the GIB is not the fact that its number has dwindled down to 200, but a lack of understanding of its environment had led to such a rapid decline. Sreenivasan says, “The Bustard had two problems: lack of charisma, and second, a non-intuitive issue, its territory is grasslands and arid areas, which are rich ecosystems but are treated as wastelands.”

The first issue is one the Supreme Court has taken care of in a recent landmark court ruling, where it directs the government to protect all animals irrespective of the profit involved in doing so [via tourism, state boundaries, etc.]

The second issue of its territory needs to be addressed more seriously. “All land that is not forested has been clubbed under wasteland,” says Sutirtha Dutta, research affiliate, Wildlife Institute of India, who also co-authored the paper above. “The problem with this is that grassland and savannah territory has also been clubbed under this category,” he says.

This clubbing together of different kinds of territory other than forest land under wasteland creates one major problem. “Any open landscape is treated as a wasteland, and is either developed (for roads or agriculture) or given to industry,” says Sreenivasan.

And here is where the problem really lies.

“These are India’s most threatened landscapes,” says Sreenivasan, “For example, India has protected area of 3-4 percent. A very tiny fraction of this would be non-forest landscapes. With that the Bustard and its cousins and other species have been hit hard.”

Too much emphasis has been given on forest land as protected area for animals. Different kinds of animals need different environments even in nature to exist.

Dutta says, “If you protect the GIB, in turn, you protect a lot of other species. Endangered species like the chinkara, spiny tail lizard, fox, and there are a lot more others that will benefit if wasteland areas come under protection just like forest areas.”

If policy makers address the environment issues related to preserving the GIB, it can solve many problems related to other species. The need to act is now before we lose the Bustard.

6,128
Thank you for your comment, we value your opinion and the time you took to write to us!

Tweets by @forbesindia
Prev
Spot fixing you can bet on
Next
Bangalore's Rain-Catcher: The man who never paid for water