Right to Food Ordinance: Every Grain has Vote Written on It 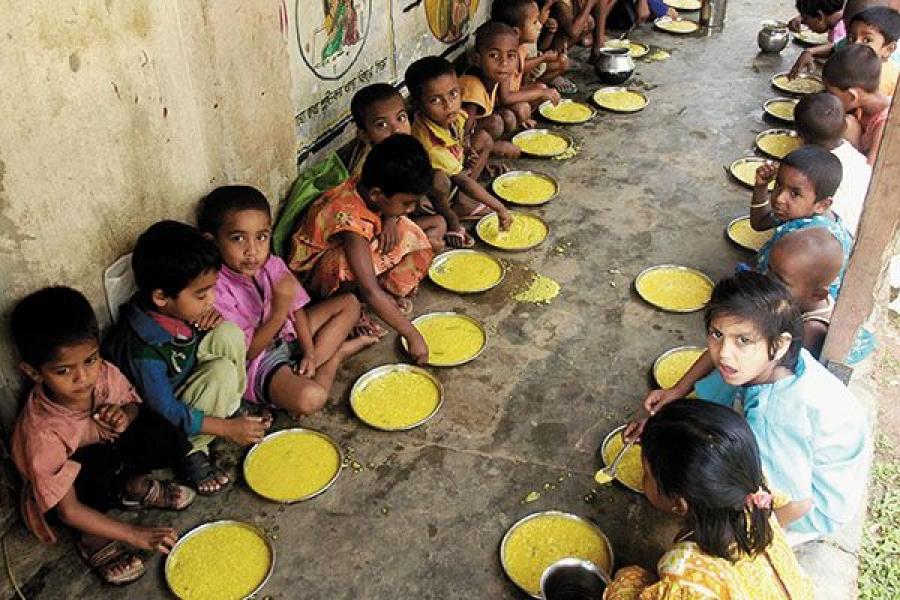 After dilly-dallying for almost its whole term, the UPA-2 finally mustered enough consensus within its rank to pass an Ordinance to implement the long-pending Food Security Bill, in the process ducking Parliamentary process.  The bill, one of Congress Party’s 2009 election promises, guarantees cheap foodgrains to three-fourths of rural and half the urban population as a right. Without getting into the debate about poverty line per se, this is tacit acceptance by the government that a large mass of Indian population is living in distress.

But before commenting on the timing and manner of its introduction, let's have a look at what it promises.

According to a government press release, the total estimated annual foodgrains requirement for these entitlements is 612.3 lakh tons and corresponding estimated food subsidy is about  Rs.1,24,724 crore for the financial year 2013-14.

If you are one of those ideologically unopposed to the entitlement mode then you would be happy with the government’s decision to pass the ordinance. BJP, which itself runs one of the best PDS and near universal food entitlement program, should be ashamed of opposing the bill just for the heck of it. I can understand why some other parties like Samajwadi Party might be unhappy- because this bill will make them do the hard yards on administering the benefits. It is no secret that in terms of mal-administration Uttar Pradesh is the new Bihar.

So Congress was left with little choice but to force the opposition’s hand. Make an ordinance and let parties scuttle it in the parliament. This in a nutshell is Congress’s strategy. I suspect it is an efficient strategy and should result in the formal passage of the bill.

I know many readers might say that the bill is politically motivated. What else can explain why Congress is pushing it just before the elections. True, but then this is a democracy. This is how things happen – for political gain. As Pravin Jha, professor of economic at JNU said in a TV debate – “bhaagte bhoot ki langot hi kaafi hai!” Roughly translated it means something is better than nothing.

As far as implementation is concerned, it would vary in different parts of the country. That is because states like Tamil Nadu, Andhra Pradesh, Himachal and Chhatisgarh – all of which already cover most of the their population – would have little problem implementing it. In fact, they are already implementing it. Some states like Odisha were just waiting in the wings for the Centre to announce the scheme so as to know how much extra needs to be spent from the State’s treasury.

But states like UP, Bihar and Jharkhand may take six months to move on this – and that too is a best case scenario.

All in all, Congress has some way to go before reaping the full political benefits of the food security ordinance.

5,814
Thank you for your comment, we value your opinion and the time you took to write to us!