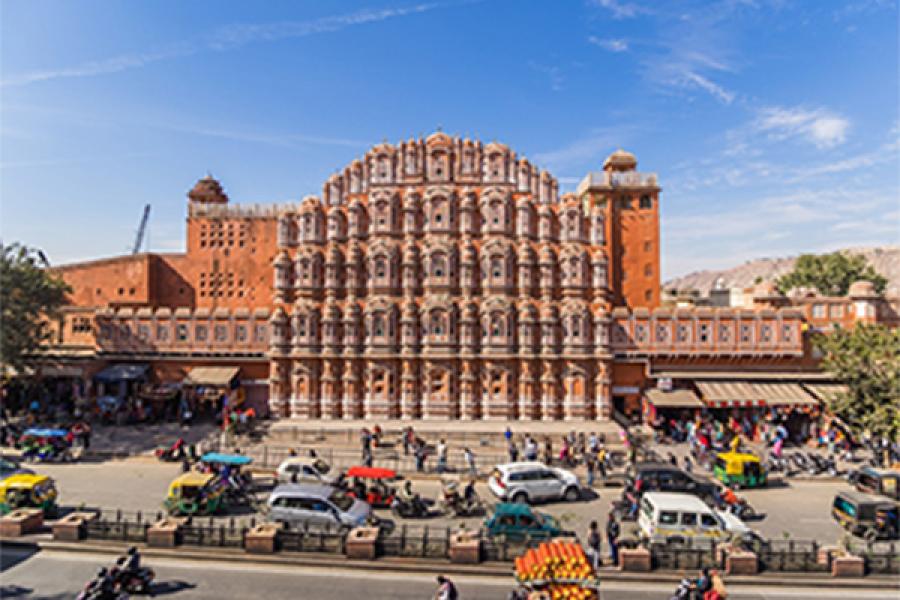 Big metropolises are facing pressure on resources, making it an opportune time for the Tier II cities to attract investors. In the last five years, a large number of Tier II cities have joined the million dollar-plus investment club: Bhopal, Vadodara, Jaipur and Nagpur to name a few are cities to look at as an investment destination in India.  According to a recent report by the Smart City Council, 18 new cities with multi-million dollar foreign investments have emerged. Besides the emergence of these new investment destinations, there are 72 new class I towns vying for investments.

It is also reflective in the evolving FDI landscape in India: Smaller cities surged by 79 percent compared with just 21 percent in metropolises in total FDI. Not only are these Tier-II cities growing economically, but they are also attaining enabling characteristics that are making them favoured investment destinations in India. According to EY’s India Attractiveness Survey 2015, 26 percent of investor group rated Ahmedabad as India’s leading emerging city, followed by Jaipur at 13 percent and Vadodara 12 percent.

Tier II cities such as Surat, Pune, Jaipur, Indore and Patna have economic growth rates exceeding 40 percent, much higher than that of Kolkata, or even Mumbai. What is indeed stunning is the fact that between 2001 and 2011, while growth had slowed down in several metropolises, Tier II cities continued on their growth trajectory with their economy growing at an unprecedented rate.

At 8.4 percent, Tamil Nadu is the second largest contributor to the national GDP. It is worth mentioning that four Tier II cities - Coimbatore, Salem, Trichy and Madurai - played a pivotal role with them collectively contributing more than 50 percent to the state economy’s growth. Today, they have emerged as the hotspots and economic drivers.

Another new trend being observed in the last three years in Tier II and Tier III cities is the ever increasing sale of luxury goods, which is twice as much as that in the metros. The key Indian cities which contribute to the rising luxury and premium goods consumption are Ahmedabad, Pune, Nagpur, Hyderabad and Ludhiana, which collectively account for 16 percent of the total luxury sales in India.

Emerging Tier II cities
While Ahmedabad is benefiting from its infrastructure, Jaipur is fast picking up as an attractive investment destination, owing to investor friendly policies, especially in the IT-enabled services and telecom, and its proximity to Delhi. In the recently concluded EY’s India Attractiveness Survey, the city emerged as the preferred destination among investors who are not yet established in India.

Vadodara is considered as the third most rapidly emerging city, especially favoured by energy investors as it is endowed with natural resources and abundant sunlight, making it attractive for renewable energy firms. The city has started to adopt a solar rooftop concept, which is also seeking attention of investors.

Similarly Aurangabad is now an established manufacturing hub for automotive, engineering and life sciences, and Surat has also fast emerged as a commercial hub, with the state government considering connecting it with Mumbai through an underground tunnel with a proposed investment of Rs 900 billion (USD 15b).

Down South, Tier II cities like Coimbatore, Vishakhapatnam are to watch out for in the near future. Coimbatore is another referred destination by industrial, infrastructure and energy players. The city is an excellent case study for state-of-the-art infrastructure with two operational Special Economic Zones (SEZ) and another five SEZs in the pipeline. Coimbatore is also home to an aerospace component manufacturing cluster and plans are in line to set up an electronics and software cluster spread across 157 acres.

Competitiveness index of Tier II cities: What makes them attractive?
With a pro-reform central government, the state governments have also embarked on adopting policies and processes to attract investments. To help improve India’s ranking in the World Bank’s Ease of Doing Business report, the DIPP has recently issued a state-by-state report ranking the states on their implementation of business reforms. The top ten identified Indian states have not just worked relentlessly, but also took effective measures to streamline the processes, introduce notifications and amend laws to establish themselves among the top states to do business.

States such as Jharkhand, Rajasthan and Madhya Pradesh are among those taking the lead in reforming labour laws by simplifying and reducing registers and returns. Maharashtra and Chhattisgarh have moved to improve “single window” clearance, online compliance, investor support, land availability, construction permit delivery, environmental and labour compliance, and so on. In the South, Andhra Pradesh and Karnataka have new industrial policies, while Telangana has launched its Telangana State industrial Project Approval and Self certification System (TS-IPASS).

Another advantage that works in favour of these tier II cities is availability and ease of obtaining land at economical rates. As the infrastructure in the bigger metropolises becomes saturated, the good infrastructure offered by Tier II cities makes them attractive to investors. Tier II cities are also establishing educational institutes, technical schools and colleges at an unprecedented rate, delivering a much desired skilled labour force.

Factors for consideration for attracting investments and doing business in Tier II cities
When deciding where in India to invest, business leaders consider factors such as availability of skilled labour, land, better physical and social infrastructure, the health and educational facilities, traffic conditions, lower pollution levels, and so on. However, the crucial parameter is the ‘Ease of Doing Business’, an aspect reflective in investor friendly state governments and local authorities, local tax regime, approval mechanism and so on.

It is clear that the Tier II cities will definitely compete with the metropolises and that they are being very effectively supported by forward-looking state governments.

29,352
Thank you for your comment, we value your opinion and the time you took to write to us!