Smart city: The shape of the sprawl 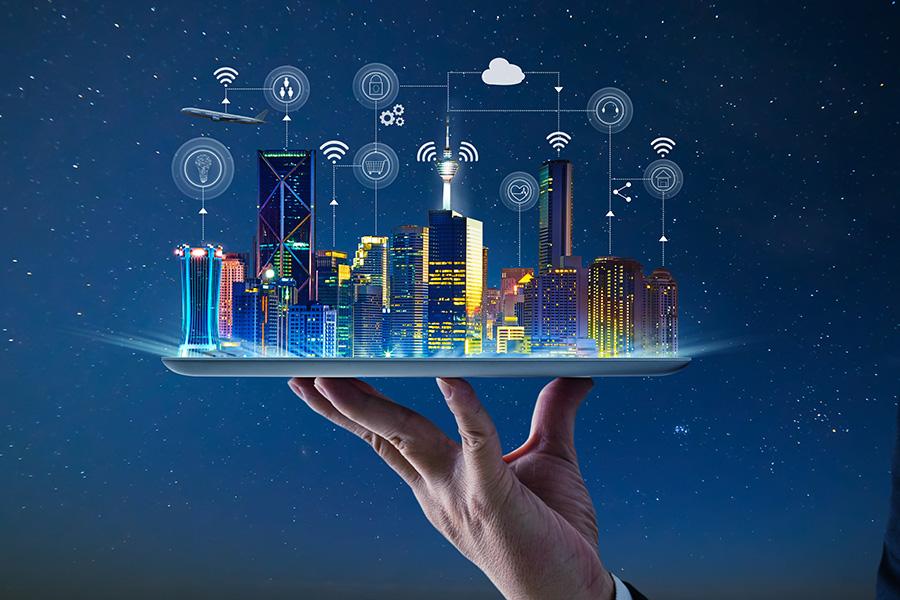 The history of humans dates back to 300,000 years. Before stumbling upon agriculture some 12,000 years ago, humans have largely been hunter-gatherers. The primary economic drivers have shifted from cultivation and extraction in a pre-18th century to manufacturing and industry in the next 200 years, to computing power and human potential in the knowledge age of today.

With globalisation starting in the mid-1990s, multiple disruptive forces are upending everything we thought we knew, throwing old assumptions into question. The biggest of these relate to urbanisation, especially in emerging economies combined with innovative technologies and greater global connections. The fact that they are happening simultaneously and amplifying one another makes them truly transformational.

Cities—initially emerging out of agriculture—have played an integral role in the journey of human civilisation. Smart cities today are at the heart of sustainability and define the paradigm of urbanisation with its associated complex challenges. United Nations Sustainable Development Goal 2030 list Smart cities—sustainable, resilient, inclusive, and safe—as one of the 17 goals.

While global flows of trade and finance took centuries to develop, they seem to be flattening now. The new era of digital globalisation has cross-border data flows at the core. Smart Cities typically have big data and technology at the heart of city planning and development and this needs to be woven into the encasing framework of sustainability thereby creating the newest buzzword: Sustainable Smart Cities.

The canvas of issues is as wide as minimal material use, lowering energy consumption, addressing pollution, waste management, equity, inclusion, quality of life, habitat, and more. The actors involved include many: engineers, architects, green technologists, environmentalists, social scientists, computer scientists, data scientists, urban scientists, policymakers, politicians, regulators, innovators, citizens and more. The engagement of so many actors points to the need for an inter-disciplinary approach to address the ideal physical, social, economic, and environmental aspects of the future habitat. What is at stake are issues of urban diplomacy, society, resilience, innovation, infrastructure and services, environment and resources, and urban economy.

The India storyBy 2030, India will have seven megacities with a population of over 10 million. While 31 percent of India lives in urban areas, 17 percent of the urban population lives in slums and 13 percent of urban households do not have sanitary toilets. Cities generate 62 million tonnes of waste per annum. Delhi’s population has grown from 9 million to 25 million. Tokyo, at 38 million, is the only one ahead of Delhi. In Delhi, 37 million are expected to reside by 2030. Surat, Agra, Bangalore, Hyderabad are amongst the world’s fastest-growing cities.

The Centre has announced a fresh impetus to speed up projects under the Smart City Mission projects implementation. The ministry of housing and urban affairs has decided to issue tenders for all projects—worth Rs 2 lakh crore—under the mission till March 2020 starting now.

The road aheadTechnology will play a major role in optimally integrating urban strategies and tech innovations. Multiple visions, approaches and pathways are currently being pursued by multiple experts. Cities are unique organisms characterised by nuanced peculiarities. A ‘one-size-fits-all’ approach is naturally not the solution.

With more than 50 percent of the world’s population already residing in cities and six out of 10 people living in cities by 2030, the challenges of urbanisation threaten the quality of human life. At the same time cities are the hotbeds of innovation. Governments, industry, NGOs, and the public, all need to come together to address the challenges and realise the true potential.

Learnings aboundMarchetti’s constant, for one: History has it that it is the principle of half-hour commute which has remained constant from Ancient Rome to the day of today guides the growth of our modern cities.

With walking and horsing as the way to navigate before modern transportation arrives, the best of ancient cities were just a “Square Mile” (read London). While the modern-day cityscapes are facilitated by advances in transportation technologies, Marchetti’s constant remains as the guidepost for the compactness of the city. Urban transportation has played a major role in expanding the size of a modern city to proportions unimaginable.

The result: Sprawling cities. One possible way out is adopting en masse telecommuting.

6,277
Thank you for your comment, we value your opinion and the time you took to write to us!
Comments 1

Tweets by @forbes_india
Prev
'Intangibles' in the post-BEPS world
Next
Can online car sales help beat the auto sector slowdown?