Sanaya Sinha works with the Urban Sanitation team at Dasra, where she works closely with the Gates Foundation’s Urban Water, Sanitation and Hygiene (WSH) network of over 60 grantees, facilitating collaboration between organizations, as well as consolidating and disseminating knowledge. 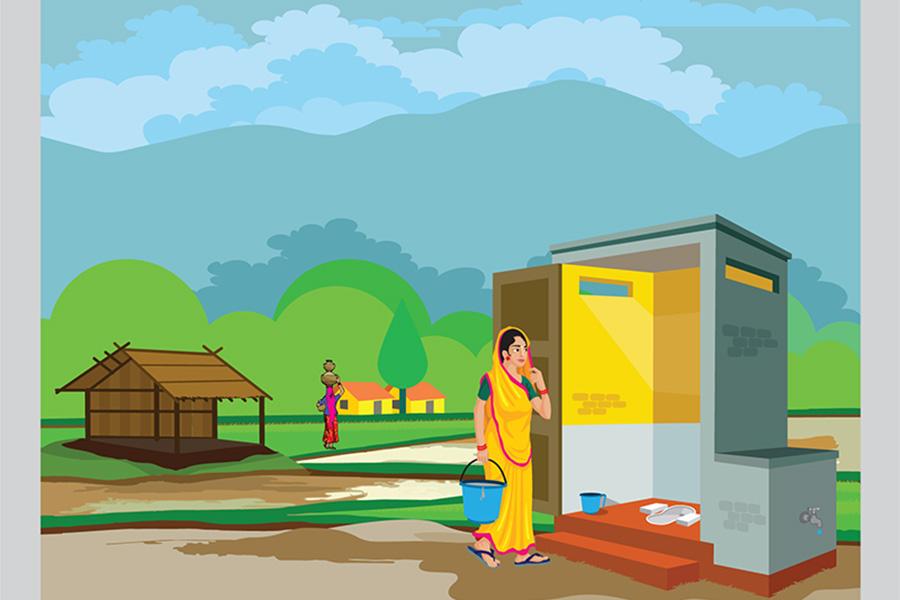 Every year, India loses Rs 2.44 trillion to the health and environmental consequences of inadequate sanitation.This World Toilet Day (November 19th), a spate of dialogues is pushing India’s sanitation discourse to think of solutions and collaborations that will prepare the country for its future sanitation needs. This story highlights one such solution.

Since the launch of the Indian government’s Swachh Bharat Mission (SBM) in 2014, the public discourse on sanitation has strengthened. SBM has been very successful in pushing for the construction of toilets and has so far made 3,357 cities open defecation free (ODF). While this has been a herculean achievement, it is also critical to think about the remaining sanitation value chain, especially the containment and treatment of waste flushed down the toilets.

Traditionally, toilets have been connected to centralised sewerage systems which, in turn, are connected to Sewage Treatment Plants (STPs). However, only a third of urban homes in India are connected to sewer lines, and only 30 percent of urban India’s sewage is treated, while the remaining untreated sewage flows into water bodies. Households that are not connected to a sewer rely on on-site sanitation systems that service over 45 percent of urban households. A few of these systems are built according to standards, leading to regular seepage of untreated sewage into the groundwater table which is an imminent health hazard.

Within this context, it is critical to focus on solutions for safe management and treatment of human waste in India. While the expansion of centralised sewerage systems and their treatment capacity is a costly and time-consuming proposal, India needs to invest in effective, decentralised solutions for this problem.

One such decentralised solution is the Fecal Sludge and Septage Management (FSSM) system. 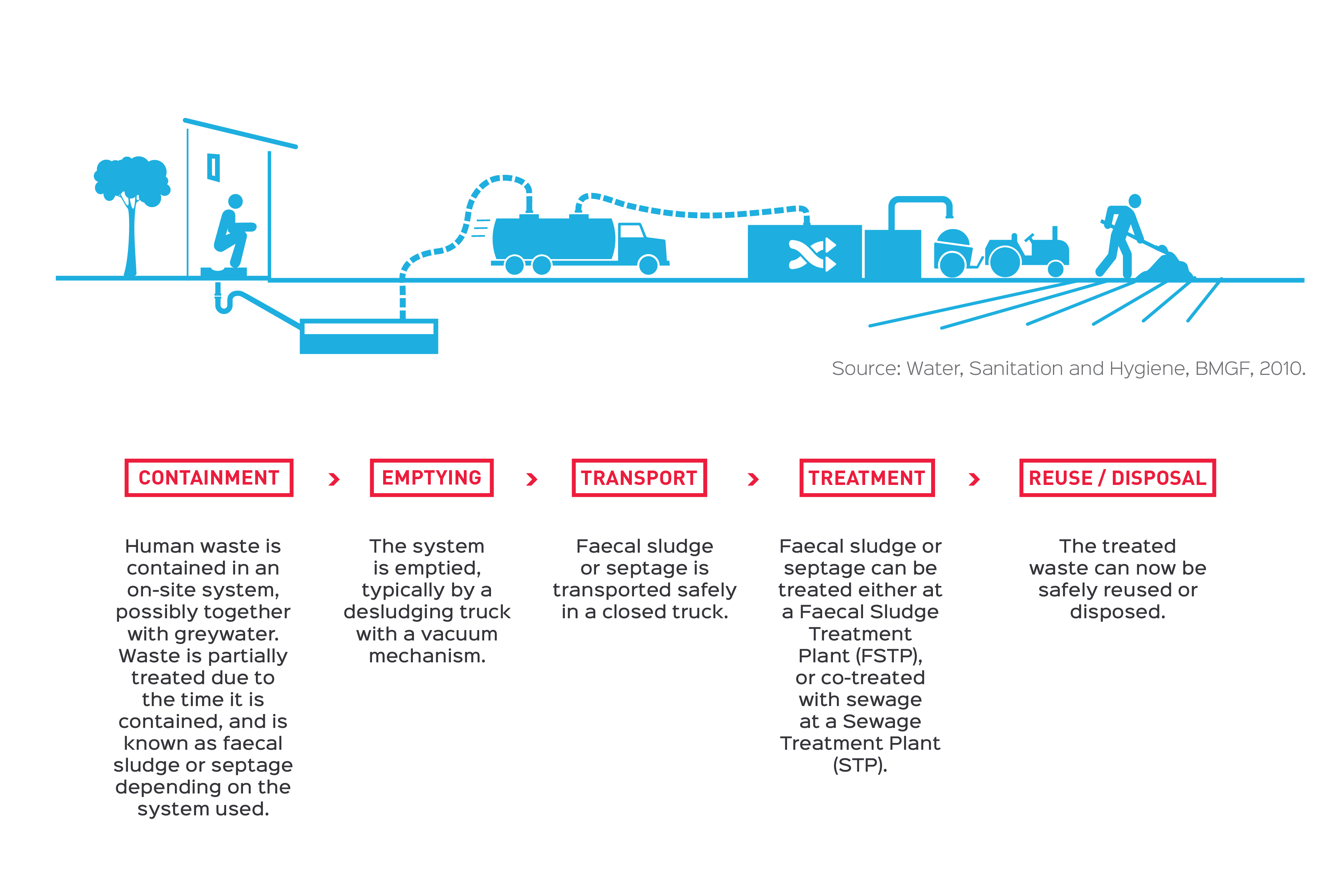 Faecal Sludge and Septage Management (FSSM) is gaining traction in urban India, with launch of the landmark National Policy on FSSM in 2017. Moreover, capital and operating expenditures for FSSM systems are about 50 percent cheaper than for centralised sewerage systems.

Under the FSSM paradigm, it is possible to ensure that waste from the two-thirds of urban Indian toilets unconnected to sewer systems are also treated and disposed safely. While FSSM is currently being championed by states such as Maharashtra, Orissa, Andhra Pradesh and Tamil Nadu to address their sanitation needs, FSSM’s success needs more players than just the government.

Engaging the private sectorIndia has made significant progress in the space of sanitation and is ranked among the top 10 countries for “reducing open defecation and improving access to basic sanitation”. The sanitation value chain offers a range of opportunities for private stakeholders to leverage for business, Corporate social responsibility (CSR), philanthropy and social impact investments. For instance, just the business of converting human waste to fuel is valued at $9.5 billion globally – a big business in a country with one fifth of the world’s population. A development investing fund- responsAbility Investments- has invested 2 million in an Indian company which provides portable toilet and sanitation services in communities to tackle the issue of open defecation. The opportunities for engagement are endless.

However, the sanitation space in India will not only benefit from the funds of private players but also from their expertise in designing scalable solutions in a customer-centric yet cost-effective manner. These are factors India needs to quickly think through to ensure its sanitation solutions are not only comprehensive for the present but also future ready- something being keenly discussed at India’s World Toilet Summit 2018.

The author works with the Urban Sanitation team at Dasra.

13,515
Thank you for your comment, we value your opinion and the time you took to write to us!