The Importance of Parks and Public Space 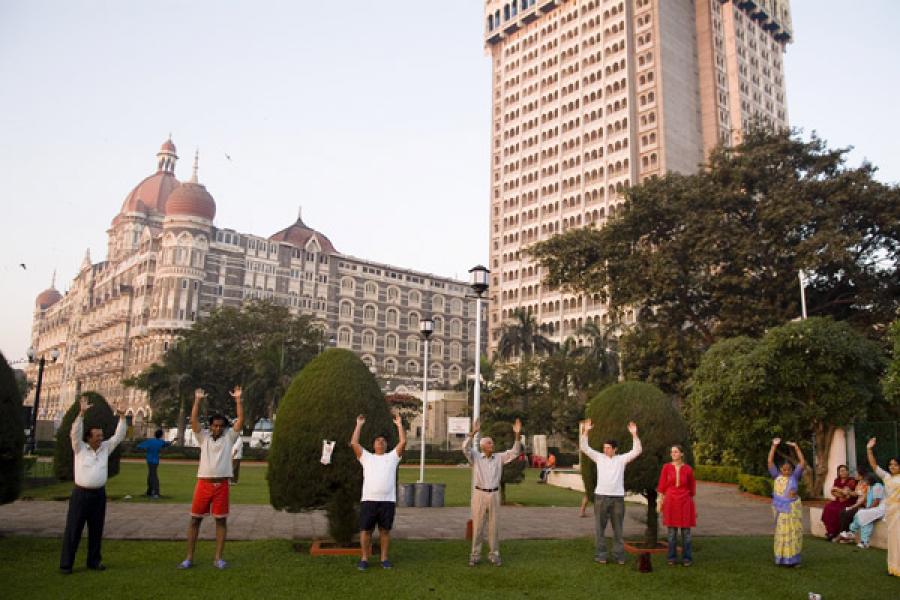 With every year and every census, data evidences that a greater proportion of people are living in cities than were previously. Urban environments continue to add and attract millions of residents a year. Some are born into these, others come looking for work, or a better life. In 2011, 52% of the world’s population lived in urban areas (towns and cities) compared to 48% in 2003. This share will only keep growing as urban regions become the economic engines of the future.

As new cities emerge, and older ones grow, it is critical that we be thoughtful in planning and designing their futures. Unfortunately, in cities in India, this has not been the case. One of the aspects that has been most neglected, is the planning for parks and public space.

Community is central to the Indian. At every level of interaction and experience, being in urban India is about being with and amongst people. Historically the streets and squares were primarily where people in many cultures, in many parts of the world, engaged each other. In addition to being part of the transportation infrastructure, these were spaces in which people transacted, ate, celebrated, fought, loved and played sports. Diversity was allowed to flourish, and people learned to live with and negotiate each other. These spaces made for greater understanding and civic engagement. Isn’t street cricket the great Indian equaliser? People used, gathered and belonged to a place, and its shared meanings and stories. These spaces were critical spaces for the formation of community of every kind.

The growing popularity of the car, abetted by greater prosperity, has crowded people out of their streets and public spaces. City planning in India has failed in every way in ensuring that such space is protected and supported in existing cities, let alone in the newer neighbourhoods. Instead valuable lands are chopped up and sold, with little effort to protect the public interest in any way.

The Mill Lands and slum redevelopment schemes in Mumbai are a prime example of how little its municipal government and administrators have cared for the City’s future. The Mill Lands were one of the last-remaining, large chunks of land that were primed for redevelopment. Innovative, integrated planning could have ensured that the new neighbourhoods could have large boulevards, and shared parks and open spaces, that could handle cars and generous gatherings and interaction of people, while still providing the same number of units and profit to the developers. Instead these lands were divided thoughtlessly and hocked off. That one chance to do it right was lost. The new neighbourhood is one of walled-in buildings, with small, fragmented, privatised and underused green spaces and an inadequate road system that can barely handle the cars that are already there. This is especially criminal because designers had proposed excellent plans and been asking the City’s municipal administration to use the tools it had at its disposal, to seize this redevelopment opportunity and do a better job.

The slum redevelopment is a similar opportunity missed. Instead of a grand, transformative plan, the lands are being developed piecemeal into vertical ghettoes. The once great strip of maidan running through the southern peninsula of the city has been mercilessly cut, chopped, privatised and divided into pieces that deny the City’s residents access.

In a September 2012 story, the New York Times highlighted the abject poverty of open space in Mumbai. It quoted a Mumbai Metropolitan Region Environment Improvement Society’s study. The Study found that Mumbai offered each resident 0.88 square metres of open space per person, compared to 6 and 2.5 square metres per person in Tokyo and New York respectively. If it weren’t for the ocean and the seafront, which has escaped being sold off so far, there would be no public or open space of any value for a City with over 13 million denizens.

As human beings, we can only live indoors in our homes and offices for so long. At some point, we need space to breathe, to interact, to walk, to gather. Social media and the efficiencies of internet and mobile communication have if anything, made it more important that cities provide physical spaces for their citizens to interact, and to build and sustain community. Cities that do not provide for these basic elements of the human experience are pressure cookers waiting to violently and bloodily, explode.

There are ways to stem the rot. As large parts of the older cities decay and become ripe for redevelopment, comprehensive, neighbourhood-based plans should be put into place with land-consolidation and cost-share mechanisms that would allow developers to build within clear criteria and built-form, without losing profit, and also allow the municipality to assemble land and the resources to create parks, better pedestrian-friendly streets, and public, open spaces. Such initiatives have been incredibly successful in so many parts of the world. In newer communities, municipalities should set clear goals of a minimum amount of public, opens pace per resident. This will ensure that when people move into their new homes, they will have every opportunity to build better, healthier and more engaged communities.

27,189
Thank you for your comment, we value your opinion and the time you took to write to us!

Tweets by @forbesindia
Prev
Bhote Koshi River: The power of choice between life and death
Next
Spot fixing you can bet on