The open truth: Women share bulk of the burden

Empowering and enlightening women is the way ahead for India

While women are considered the weaker sex, they also represent the more hardworking gender. We see it all around us every day, but more often than not, it hardly ever registers. And the truth is certainly not comfortable. Over the last couple of years, at least twice, this truth was brought home to me and both times, it happened during quick trips to villages in rural Maharashtra. The first was a trip in 2013 when I visited Aurangabad and Jalna, which were among the worst-affected drought districts in Maharashtra that year. I wrote about the drought in Forbes India (Maharashtra Drought: The Worst Man-Made Disaster in Years). 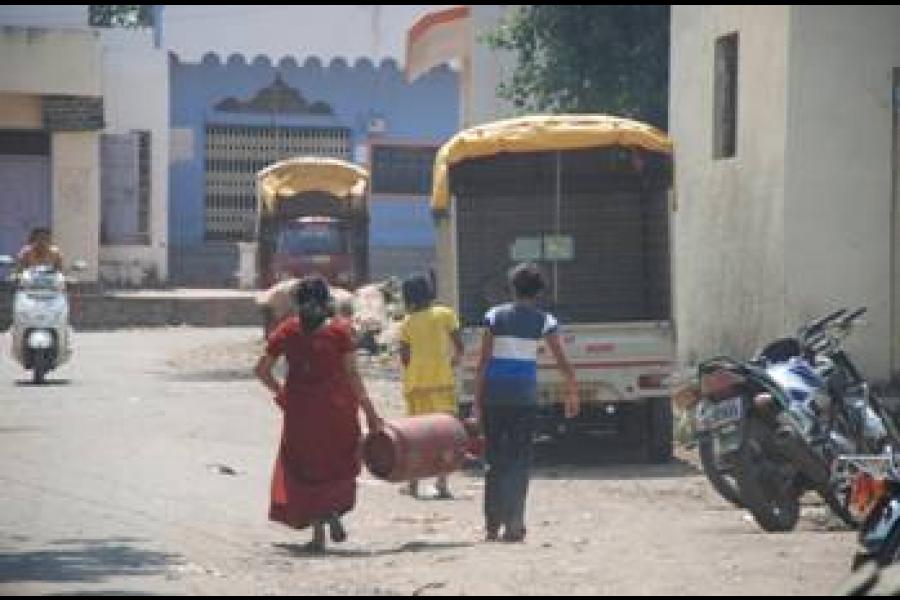 This year, the drought has not only affected Vidarbha but also Marathawada. But, today's stories are not about drought. In the village of Vadka in Aurangabad, I saw young girls and women drawing water from the village well and then taking it back to their house. There was not a single boy or man helping them and the well did not even have a proper pulley. The well was right next to the village temple and also the local school where a special mid-day meal was being prepared. Many of the young girls were not in school that day because they were needed to draw water from the well or to take care of their younger siblings when their mother went to fetch water.

Were the men and boys working in the fields or elsewhere? Unfortunately the answer is 'no'. About 5-10 metres from the well was the entrance to the village marked by a tall darwaza (door) and next to it were a community hall and another temple. Young boys and men were sitting in the shade there or standing in small groups with their bikes, while the girls and women toiled. The “stronger” gender also seems to be shameless. Or maybe they are brought up this way and this is the only way they know.

Late last year, I was in a village called Kunjirwadi in the Haveli Taluka of Pune, Maharashtra. The weekly haat was on in the village and in the centre of the village, a tempo had come to deliver LPG cylinders. The LPG cylinders were lined up next to the tempo, and girls and women in ones and twos were taking the cylinders to their respective houses. I can only guess that since the cylinders help women, it was thought to be their job to lift and take them home. Maybe the men of the village were all at work, if one wants to think naively or charitably.

Why am I telling these stories? Although we talk of gender equality, gender-based violence, etc, all talks and efforts will come to a naught if the larger socio-attitudinal change doesn’t occur. This change is necessary if India has to become a better country for women. They constitute 47 percent of this nation and their progress and emancipation is important for the development of the country. All around us, we talk of the demographic dividend - this is what would propel India towards its destiny of economic prosperity. While it is well known that 50 percent or so of India's population is below 25 years of age, do you know that 20 percent of the world's young girls below 15 are in India? These girls are an integral part of the demographic dividend of India. If they remain suppressed and battered instead of empowered and enlightened, there will be no demographic dividend irrespective of how skilled India gets and what we end up making in India. For us to reap that demographic dividend, society's attitude towards girls and women will need to change.

(Anirudha Dutta's first book "Half A Billion Rising: The Emergence of the Indian Woman  has been released by Rupa Publications)

5,136
Thank you for your comment, we value your opinion and the time you took to write to us!