Sustained increases in GDP can only come from an increase in the overall level of productivity, and the key to achieving this is to create a free-market economy with reduced friction for businesses 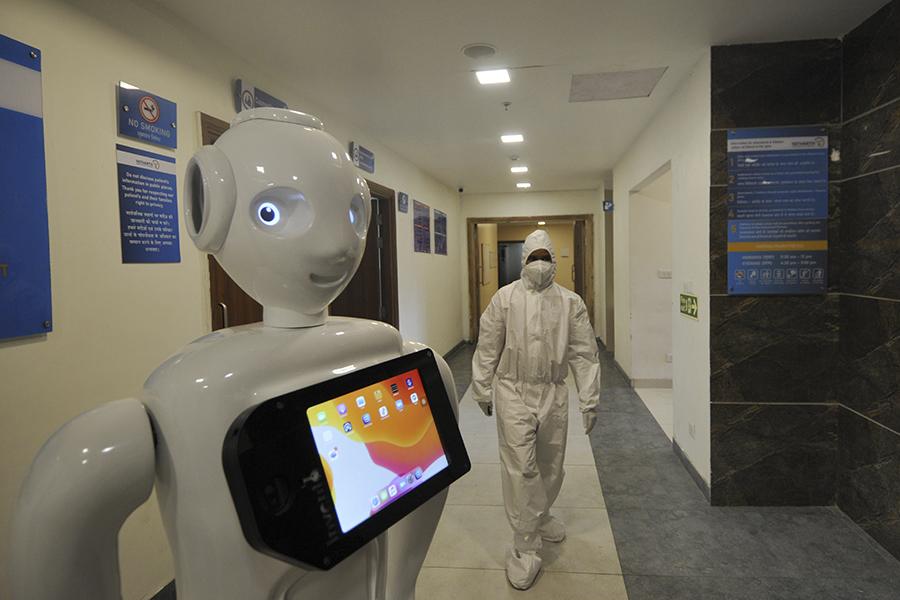 Growth in productivity has propelled nations, including the UK, the US and China to the top of the economic league. Conversely, other nations such as India that did not have relatively high growth in their productivity levels, have witnessed somewhat sluggish economic growth. India’s performance has deteriorated in the past 250 years in relative productivity. Hence examining the reasons for this deterioration is compelling.

In this first article of a two-part series, we look at how India’s productivity patterns have developed. In part two, we will explore how India can address these issues.

In the mid-18th century, India had seven significant peers: Germany, France, the US, Great Britain, Japan, and China. Two among these–Great Britain and France–were ahead of India in terms of real gross domestic product (GDP) per capita. India slipped from third to the fourth position during the first industrial revolution which began in the 1760s. India’s ranking further slipped to the sixth position during the second industrial revolution in the 1870s. By the dawn of the digital age in the 1970s, India had slipped to the bottom tier. Today, the country's real GDP per capita represents approximately one-quarter of China’s.

To ensure that India’s growth comes back on track by taking advantage of the fourth industrial revolution, India will need to address the reasons behind the relative decline of GDP since the mid-eighteenth century.

Among the many reasons for India’s relative decline, the overarching reasons are:

The last two reasons are in fact responsible for the low level of TFP.

Total Factor ProductivityEconomic growth is a function of labour and capital. Over time, as the working population increases and as capital gets accumulated, there will be an increase in GDP. But sustained high levels of GDP growth can only be achieved when there is an increase in TFP.  TFP is a measure of economic efficiency, calculated by subtracting growth rates of labour and capital inputs from the growth rate of output. Hence, as the definition suggests, increase in TFP is only possible when there is an improvement in the overall efficiency related to labour employed and capital deployed.

For every $100 of GDP created in India between 1990 and 2015, increases in labour inputs accounted for $26, capital deepening accounted for $50, and TFP accounts for $24. Whereas in China, the numbers were $12, $36, and $52, respectively. Other high-performing economies also had an elevated TFP contribution around the same period: 58 percent in Estonia, 49 percent in Lithuania, 64 percent in Latvia, and 48 percent in Slovenia. India, unfortunately, hasn’t seen a significant increase in its TFP contribution even after its economic liberalisation.

Two factors are critical to foster productivity growth–industrial upgrading and investment in human capital. Still, India lags far behind its peers on both these factors:

Limited free-market economyJust as India was liberalising its economy, a parallel transition from socialism to a market economy was underway in Eurasia following the collapse of the Soviet Union in the 1990s. Countries which reformed faster than others fared much better than India which adapted a more conservative approach in implementing pro-market reforms. The Product Market Regulation (PMR) indicators developed by the Organisation for Economic Co-operation and Development (OECD) score countries on a scale of 0 to 6, with 0 being less restrictive and six being more restrictive. The rapid reformers, on average, scored 1.5 on the overall PMR score, compared to 3.1 for India. The rapid reformers did a few things in common:

Rigid factor marketsThe rigidity of India’s factor markets has hampered both technological progress and industrial upgrading. Even today, India’s business environment is not as helpful as that in peer-group countries:

Another factor is the dominance of micro firms in India’s business landscape. Dun & Bradstreet research finds that, for every 100 firms in India, there are over 95 micro firms, four small and medium firms, and less than one large firm. However, in developed countries, around 50-55 entities out of 100 are micro, while 40 are small and medium firms. This pattern of distribution has important welfare implications: larger enterprises are generally more productive and pay higher wages when compare to the micro category. It also means higher levels of income inequality in the economy.

ConclusionThere is a clear lesson to be learned from the experience of other high-performing economies: Sustained increases in GDP can only come from an increase in the overall level of productivity. The key to achieving this is to create a free-market economy with reduced friction for businesses. For businesses, technological adoption is the only way out of this vicious cycle of low productivity.

Derived data/analysis presented in this article are based on data from various agencies and organizations including, but not limited to, the World Bank, International Monetary Fund, Organisation for Economic Co-operation and Development, The Conference Board, International Finance Corporation, World Economic Forum and Dun & Bradstreet.

About authors: Neeraj Sahai is the President of Dun & Bradstreet International and Dr. Arun Singh is Global Chief Economist at Dun and Bradstreet

2,048
Thank you for your comment, we value your opinion and the time you took to write to us!

Tweets by @forbes_india
Prev
How countries like the UK and Canada are using immigration for economic stimulus
Next
The tumult of recession: Of K-shaped recovery and Keynes