The tyranny of tests 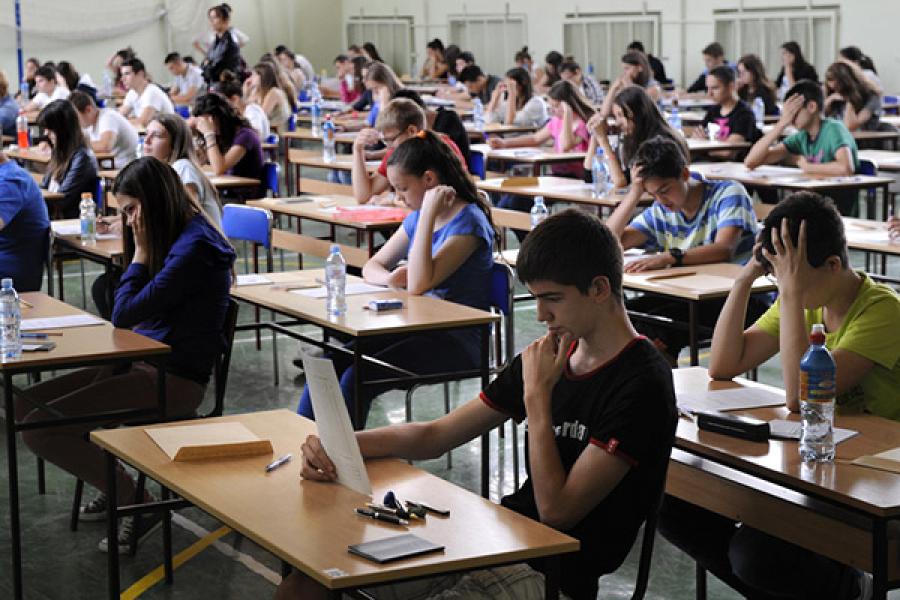 Teaching to the test kills creativity in both teaching and learning

Testing leads to cheating. We all know that, don’t we? It is human nature to find the shortest path to a goal. Whether it’s relatives climbing a school wall in India to hand over answer chits, or a school in America where teachers erase answers and mark in the right ones or the TV expose of cheating that is ‘rife’ (their headline) in the UK, the fear of testing has led to undesirable behaviour across the globe.

Testing also changes the nature of teaching and reduces the range of learning in the classroom. Teachers must now be focussed on the goal—the test—that determines their worth. It skews the value assigned to different parts of learning. The teacher must ask themselves each time, “Will this activity increase the total marks of the class?” instead of, “Will it enhance understanding, retention and application of the concept?” Teachers are forced to take the short and sure path in their classes without allowing any enhanced engagement. It is only the best of teachers who are able to create a buzz around what they are teaching. It is the rare test that will check for engagement and true learning—most of them will merely check facts.

Teaching with an eye on tests kills creativity in both teaching and learning. It shows us how to repeat, replicate, but not grow in different directions. Worse, it teaches us to be risk averse; we don’t learn to take chances with ideas, we learn to stop asking questions like ‘what if’, stop imagining and start doing as we are told. Imagination may have led to inventions such as the steam engine, the airplane and more, but did it ever get anyone marks? Did imagination ever come first in class?

This is the results season in India for both students and universities. Those with more marks are better qualified for universities that rank higher on league tables. Or so they say. Hear what the analysts say: The league tables don’t tell the whole story, neither do marks decide your aptitude. If you are interested in reading history, there is no reason why you should be influenced by the fact that your marks suit the cutoff for English or sociology.

If marks are such an inadequate indicator of potential, then why do we still have them? The same question is being asked worldwide: Why do we subject our students to standardised testing when we know that the scores are not predictors of success in life? Slowly but surely, the movement to opt out of standardised testing is gaining ground. Yet, the testing juggernaut has its own momentum and will not go quietly. Parents, students, teachers and education consultants strive to increase scores in test, knowing that this is the only way to open doors to quality education.

However inaccurate the tests are, they are all we have. If we stop these tests, what are we left with? If we give up this yoke, will students know what to work towards? Will universities and colleges know how to admit students? Will they be able to demonstrate fair access, among other things? Will teachers continue to teach or will they see this as an opportunity to slack off? After all, we know that what gets measured gets done. If we stop measuring and monitoring, then we lose accountability too. For many, without these tests, there is chaos.

In India, there have been two grand experiments in testing, though neither was intended to be an experiment, nor have they been universally or uniformly applied. The Right to Education Act had stopped schools from detaining students up to the age of 14 (Class VIII). This was seen by many as a signal to stop testing and many schools followed suit.

The grand experiment was not liked by teachers. They complained that without the power to detain students, they had lost a major tool to discipline students, giving rise to behavioural issues.  This view, of course, had little to do with learning, potential or student growth and is part of the current debate on the RTE Act reforms. The point of testing was missed completely—that it is a tool to identify gaps not only in learning, but also in teaching and must be a trigger for change within the school. They help identify the need for extra support for both students and teachers.

The other grand experiment was with CCE (Continuous and Comprehensive Evaluation), which was an opportunity to introduce both range and depth in pedagogies as well as to introduce the feedback loop within the academic year. But with much of CCE being implemented as a series of summative assessments, this too needs work.

Testing cannot be avoided at the end of school, when choices have to be made for tertiary education. No institution has infinite capacity—it has to select candidates best suited for success. Nor does everyone have the resources to conduct their own tests. Students, too, have limited capacity to take tests and interviews.

So, do we have an alternative to standardised tests? Can we escape the tyranny of testing? Yes of course, if we choose to. There are various successful models already out there: One of them is to reduce the importance of any single standardised test by including other assessments in the mix. While this will always be controversial if opaque, it is possible to be more transparent and allow different institutions to manage their own weights and priorities.

Another fairly successful solution is to work with student portfolios that include inputs from student projects, their range of non-academic achievements, diverse endeavours and even a personal statement along with academic achievements. Other models and solutions can be engineered for colleges and countries according to their contexts.

The tyranny of testing lasts only till we allow tests to have power over us. Tests are now used to judge us in very limited ways. Their judgement is absolute: Accurate and absolute but erroneous. The test must change, as must the testing ecosystem. A smart test knows that it is meaningless without its partners-in-demonstration. Testing is useful only if it enables success not just for the few who can beat the system but to all who will benefit from the education. Once we design and use tests to enable choice, then we know we have tests to support the learning journey.

4,515
Thank you for your comment, we value your opinion and the time you took to write to us!

Tweets by @forbesindia
Prev
Foreign trade: Government game plan and export strategy
Next
Aadhaar: The next best thing after the cell phone?