There's some dung around: Solving the dairy value chain problem

Lopsided incentives have caused disproportionate growth in dairy farming in states like Gujarat, from which milk is concentrated and transported to states on the East, impacting both regional farmers as well as consumers. Here are three things the government needs to do to fix this 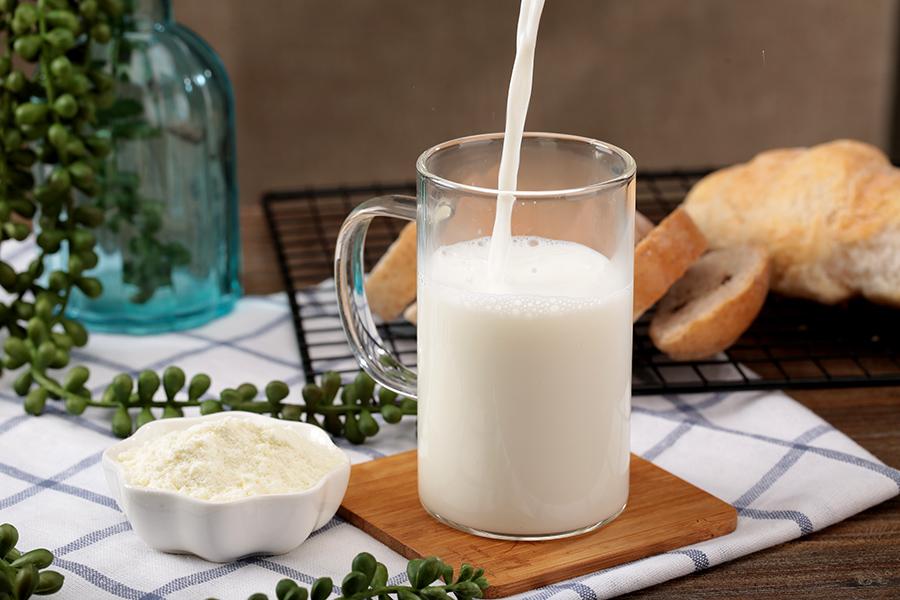 There is a first world problem visiting the shores of the developing world, and it's called deflation. India has been seeing some deflationary pressure, or at least price stagnation across several sectors in the economy in the last six months. Not a healthy sign for a growing economy perhaps, but that’s another other discussion. Limited inflation in food is actually a good thing.

But that’s not the situation in the dairy sector (onions are a different bulb game all together). Anyone following the space would know that consumer prices of most dairy products have gone through a steep increase in the last three months. Milk prices in Delhi-NCR have gone up by 10 percent to Rs 46/ltr, and similarly in other regions, touching Rs.50 per litre too. Paneer prices in western India are now at Rs 330/kg from previous Rs 300/kg, an increase of 10 percent. Similar is the story in the east with curd price increasing by 8-12 percent. Seems small but remember this is the dairy sector–a billion people have it in some form everyday in the country. 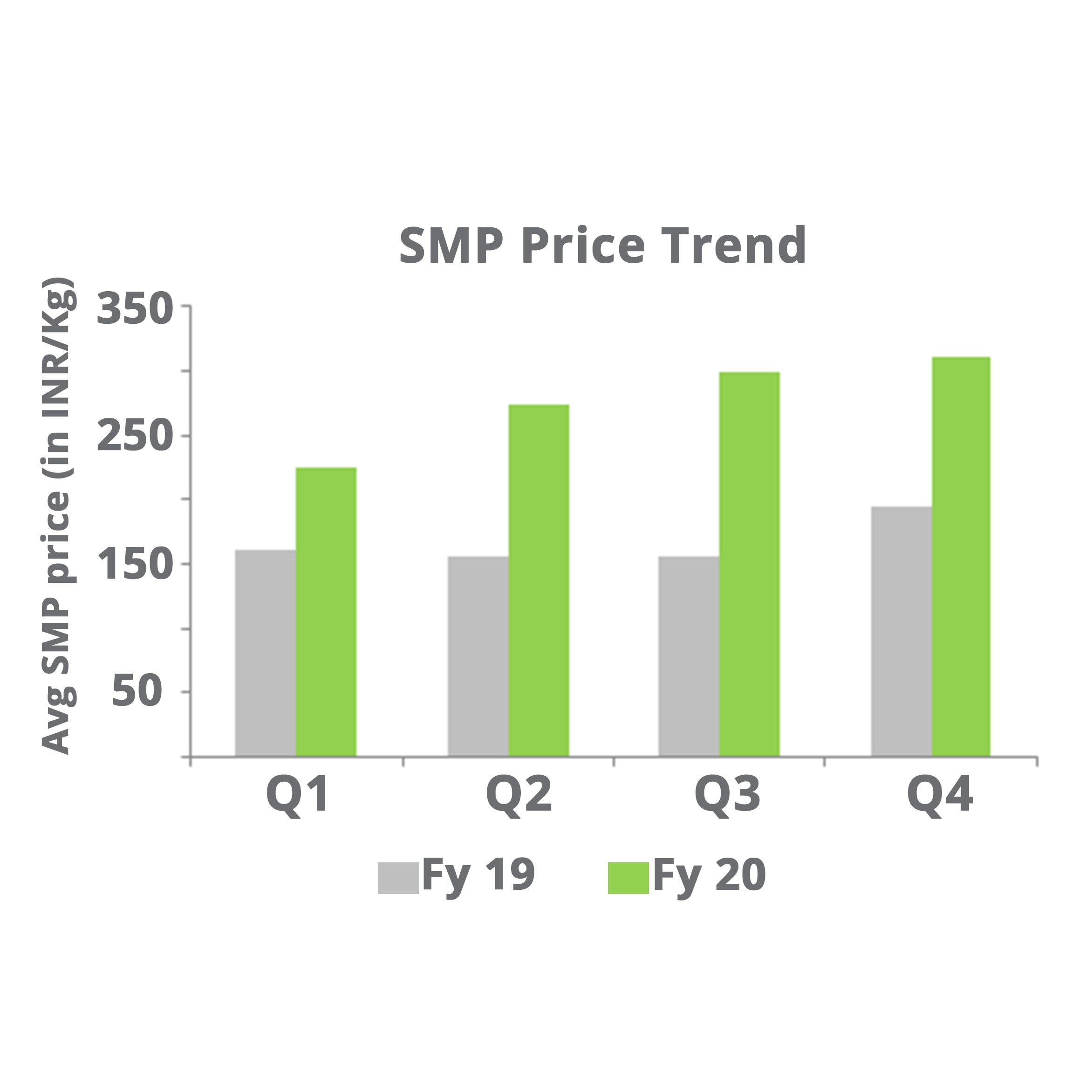 What’s driving this? Skimmed milk powder or SMP, which is an input into everything from standardised milk to curd has been increased from Rs 155/kg last year to Rs 293/kg currently—a whopping 89 percent. Forecasts predicted that after the festive Diwali season prices of SMP would ease, bit its only gone northwards of Rs 300/kg. Soon, there will be no option for dairy brand companies but to revise consumer product pricing upwards again. Consumer pricing still hasn’t absorbed the input escalation fully. SMP stocks in India have plummeted to low levels. And of course, we have our wonderfully oiled machinery of hoarding, which becomes hyper active in such scenarios.And why have SMP prices sky-rocketed? We can wax eloquent about delayed monsoon and flush and lean season vagaries, but at its heart is the periodic skewing of the supply-demand equation by subsidies and support going disproportionately largely into one region.

Over the years, many lopsided incentives (that includes extremely cheap debt with easy repayment schedules) have gone into cooperatives like those under GCCMF (Amul); there has been a regional superfluous production of milk over years in Gujarat, and also in a few other states with heavily subsidised coops. Because of this distorted oversupply, prices paid to farmers in other regions have been adversely impacted instead of stabilising dynamically on the supply-demand curve. Owing to this, in the last few years farmers haven’t invested in enhancing production levels, and when the glut of SMP and WMP (whole milk powder) eroded, there were significantly lower production levels of milk across the country to service demand. Thus began the spiral of escalating prices of SMP and WMP. To ease this situation will take time, till milk production levels get enhanced at the farmgate. 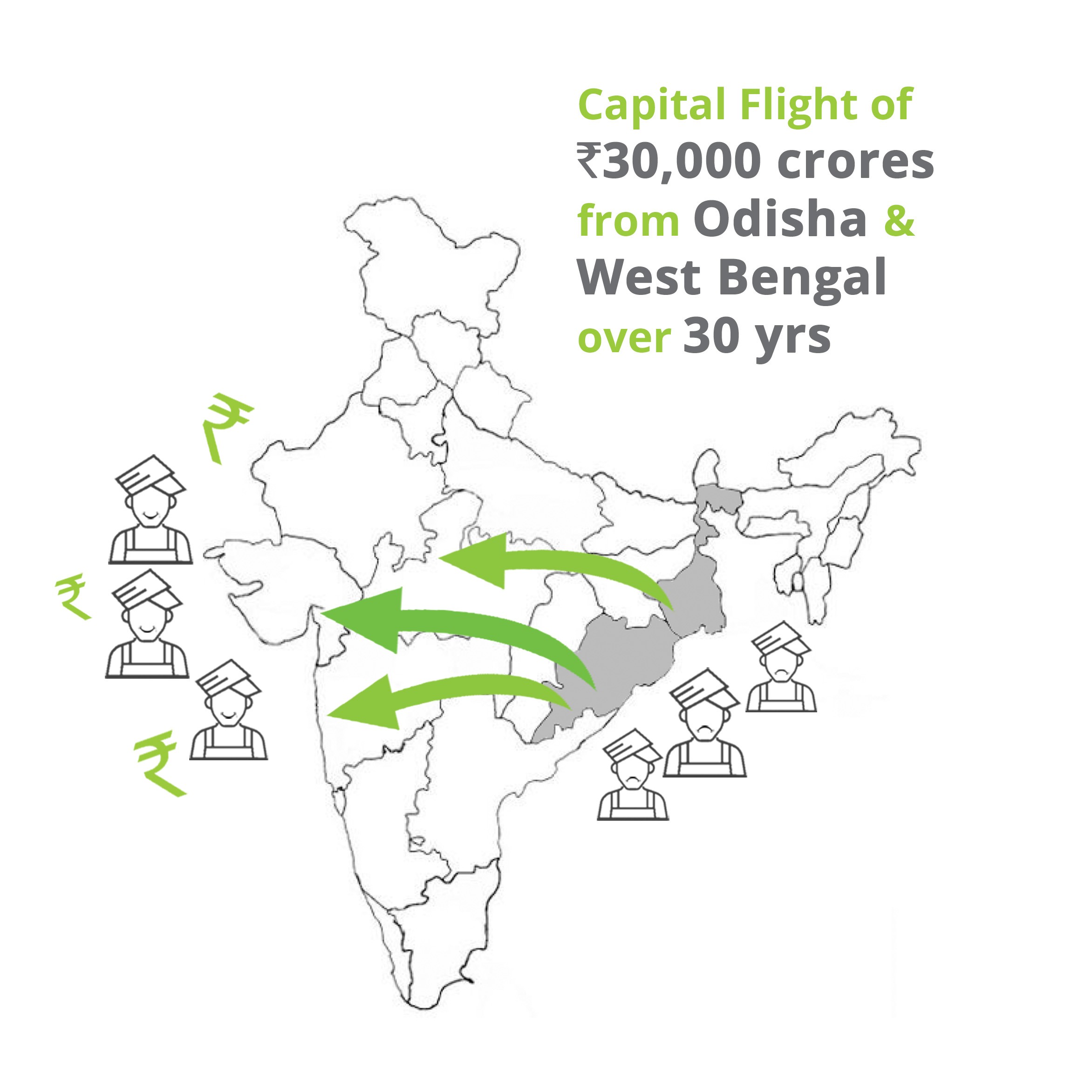 We had a brilliant opportunity to be part of the Regional Comprehensive Economic Partnership (RCEP). This would’ve also given the dairy industry access to SMP and WMP imports and build up cushion level inventory to ease supply-demand troughs. As well as creating a market opportunity for innovative dairy brands and companies from India. However, with intense lobbying and using the plea of farmers, a section of the Indian dairy industry effectively pressurised the government and scuttled the treaty. We can’t afford to remain uncompetitive and rely on a protectionist regime. A large section of the industry doesn’t subscribe to the position that has been taken. If there is a vibrant, competitive industry, the entire value chain, including millions of farmers will benefit.Dr Kurien's dream was not to over-produce milk in one state with disproportionate support, and then powderise and transport it to the other end of the country. This is at the expense of the farmers in that region, as well as consumers who should rather have access to fresh nutrition. For more than a decade now, concentrated milk comes via trains from Gujarat over several days to Kolkata in West Bengal, where it is standardised and sold as fresh pasteurised milk.

Similarly, milk powder gets dumped into Odisha. Over last thirty years, maybe more than Rs.30,000 crores is estimated to have been lost here; imagine what this could have done to the economy of an underdeveloped state like Odisha and its farmers.

We need to set this right. More than a billion consumers have dairy every day in India, and 100 million poor dairy farmers are engaged in this $50 billion category, out of which nearly 70 million are women. Here are three concrete steps that the governments need to take:

Before the dung hits the roof, let’s clean it up and reform to move forward in a way that develops a thriving dairy sector, one that fosters innovation, growth and wealth creation for everyone, from consumers to farmers. Profit margins in the industry need to strengthen to attract investments. We have the largest dairy market in the world. In the next decade, we should be aspiring to have three globally established innovative dairy consumer brands from India. A level playing field devoid of distortionary farm economics in the space will go a long way in enabling this.

The writer is, Founder, MD & CEO at Milk Mantra.

8,391
Thank you for your comment, we value your opinion and the time you took to write to us!

Tweets by @forbesindia
Prev
What the government needs to do to fix the economy
Next
New technologies for a new India: The making of a $5-trillion economy