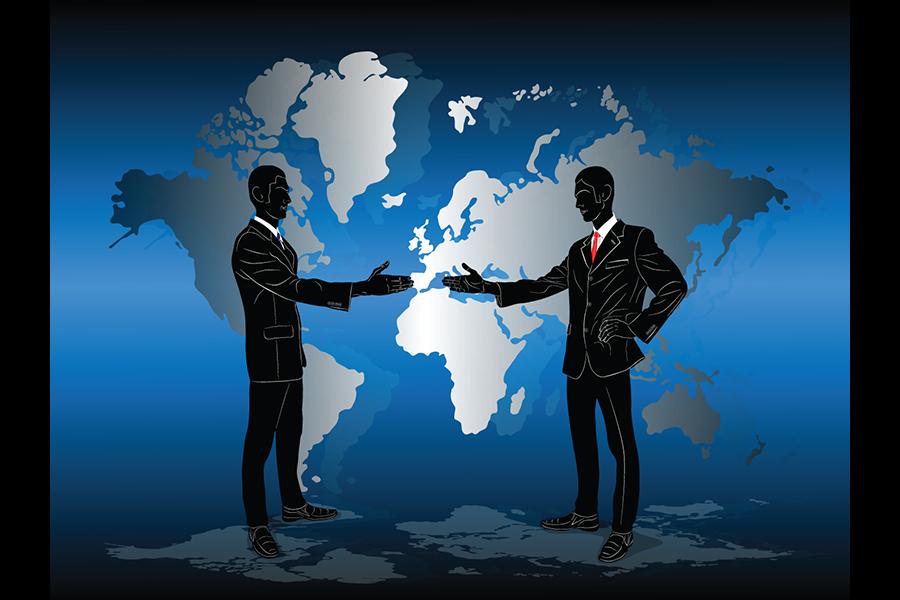 Looking at the history of the dispute settlement mechanism, more than 500 disputes have been bought before the WTO for settlement since its inception from 1995 (Image: Shutterstock - For illustrative purposes only)

The dispute settlement mechanism of the World Trade Organisation (WTO) has recently been in the news for a rather curious case. Though the Dispute Settlement Body has been hearing challenges to various trade measures taken by different countries which other countries find offensive, the filing of complaints by Qatar challenging the trade boycott by Saudi Arabia, Bahrain and United Arab Emirates before the WTO has bought this adjudicatory body in the limelight. In Saudi Arabia - Measures Relating to Trade in Goods and Services, and Trade-Related Aspects of Intellectual Property Rights (DS528) and two more similar complaints, Qatar has challenged the measures which include all written and unwritten, published and unpublished measures adopted in the context of coercive attempts at economic isolation imposed by the three countries against Qatar.

Qatar alleges that such measures affect trade in goods, trade in services and trade-related aspects of intellectual property rights and hence fall foul of the obligations undertaken by the member states. Though Qatar’s boycott is more of a diplomatic and political issue, yet Qatar’s approaching the trade body indicates that the cherished principles of WTO may not be violated on political grounds.

WTO is primarily a forum for member states to negotiate trade agreements as well as a place to settle trade disputes. WTO agreements basically cover goods, services and intellectual property and provide the legal rules for international commerce which are contracts which binds governments to keep their trade policies within certain agreed limits. General Agreement on Tariffs and Trade (GATT), General Agreement on Trade in Services (GATS) and the Agreement on Trade-Related Aspects of Intellectual Property Rights (TRIPS) are the prominent agreements. Most-Favoured-Nation (MFN) and National treatment are the two important principles governing international trade.

Member states can bring trade disputes to the WTO if their rights under the agreements are infringed. The dispute settlement system of the WTO is a time bound system based on well-defined rules. Before formal panel proceedings begin, parties are given a chance to settle the trade disputes through consultations. If such consultations fail then only panel is composed to hear the matter.

The panel’s conclusion can be challenged by the losing state before the Appellate Body which is heard by three members of a permanent seven-member Appellate Body. States are then given a reasonable time to implement the Board’s recommendations and rulings in a dispute. If the parties are unable to agree on the length of time for implementation there is provision for arbitration. If there is disagreement over the existence or consistency of measures taken by a member to comply with the recommendations and rulings then a compliance panel can be established.

In the other complaint, United States - Certain Measures Relating to the Renewable Energy Sector (DS510), India has challenged providing of certain incentives by certain states for a variety of items such as solar modules, solar or wind generating equipment with inverter etc. manufactured in the host State wherein higher the proportion of components manufactured in the host State, greater is the quantum of incentive provided.

India has also been the target of other countries. Last year in India – Certain Measures Relating to Solar Cells and Solar Modules (DS456), India lost the case to United States wherein United States has challenged certain measures of India relating to domestic content requirements (DCR) under the Jawaharlal Nehru National Solar Mission for solar cells and solar modules. The Panel as well as the Appellate Body held that India's DCR measures were inconsistent with WTO non-discrimination obligations.

In the complaint India - Certain Measures on Imports of Iron and Steel Products (DS518), filed by Japan, it is alleged by Japan that India’s imposition of a Minimum Import Price on iron and steel products and imposition of ad valorem duty are against the tenets of free trade. Thus the safeguard measures imposed by India and the underlying investigation that led to the imposition of those measures are under challenge.

Recently in the case of Australia - Certain Measures Concerning Trademarks, Geographical Indications and Other Plain Packaging Requirements Applicable to Tobacco Products and Packaging (DS458), the Tobacco Plain Packaging Act 2011, which is an ‘Act to discourage the use of tobacco products, and for related purposes’ was in question along with related rules. This landmark Australian law on restrictive tobacco packaging has now been upheld by the panel.

Though a host of issues continue to divide the developed and developing countries at the WTO, yet the growing popularity of the dispute settlement mechanism and its acceptability by its member states raises the hope of seamless international trade resulting in a unified world.

9,108
Thank you for your comment, we value your opinion and the time you took to write to us!

Tweets by @forbes_india
Prev
Foreign patent owners can challenge domestic judgments under international investment arbitration
Next
Sharing Economy: Is this the end of hyper-consumption?