Trump, trade and the new templates

A new world order was beginning to emerge since 2014. Countries across the globe were sifting through trade policies, challenges and concerns. Trump in many ways ‘legalised’ the inward looking approach 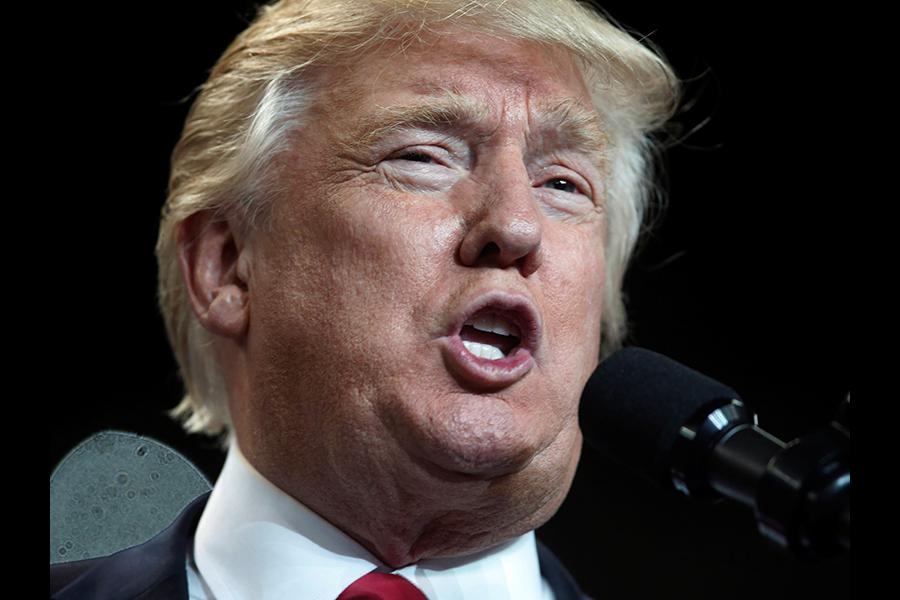 2013 was probably the beginning of a new reset in the world order. The largest democracy in the world was headed into national elections that were coming up after a serious growth moderation in the Indian economy. Indian currency had weakened, job creation had slowed down, Gross capital formation was under stress and it was also the beginning of a period where private sector capital expenditure had slowed down to abysmal levels. Prime ministerial aspirant Narendra Modi used these prevailing conditions to fashion his campaign and was elected to office. His biggest claims were about making India self-reliant, arresting the slide of Indian currency and bringing a bit of sting back into it, creating more jobs and also uplifting the lives of the needy and poor. Not much has been directly achieved in three years of his leadership but a strong template of looking ‘inward’ was set. Make in India, Defense Procurement Program (DPP), Skill India were some indicators of this thought process. The big idea was to reduce forex outgo and also create more opportunities, industry and employment in India.

2016 saw a near similar desire expressed by the populace in Britain. Brexit was a people’s movement. David Cameron the then British Prime Minister was opposed to it. However, he allowed for a referendum on Brexit as part of his pre-electoral promise. He lost and exited. Britain wanted to exit EU primarily to secure its own interests – jobs, social infrastructure and enhanced opportunity for the British across social labyrinths. Across the Atlantic Donald Trump had increased the ambience of his pre poll rhetoric – More jobs to Americans, America first etc. He could have made America great again with many other initiatives and actions but chose to hammer in the rhetoric that he so brazenly expressed on the day of his installation – Make America with American hands.

Back in mainland Europe the French were clearly shaken by the happenings at the Bataclan and other such incidences across the country. Hollande and his socialist leanings were increasingly becoming less acceptable to the French people. The French are in many ways set to indirectly insulate themselves from the larger EU and global commitment. They want the next president to have some capitalist flight. This also would in some way set the path towards the French outlook on immigration and trade.  Germany on the other hand economically progressed well under Angela Merkel but the sporadic terror incidences across the country, Germany’s extensive financial commitment to keep the EU ship floating and Merkel’s liberal outlook on immigration could be her undoing. The Christian democrats are not sure of getting back into power. Amidst all this Matteo Renzi’s progressive proposals were dismissed by the Italian parliament.

A new world order was beginning to emerge since 2014. Countries across the globe were sifting through trade policies, challenges and concerns. Trump in many ways ‘legalised’ the inward looking approach by speaking about the Mexican wall, immigration, invoking the TPP, disregarding the idea of NATO and looking to review trade with China. In the days since January 19, 2017 his actions have indicated his seriousness in setting the new template for world trade and economic behavior. Around the world the new mantra of economics seems to be the ‘Flag economy’. When free market proponents and champions like the US start speaking the language of protectionism a new template for trade and global economy gets set for the near to medium term. A new ecosystem is expected to emerge. Trade routes and transaction mechanisms will get redefined. New alliances will emerge and friendships between countries will be measured through a materialistic metric. Countries will shore around the following:

Self reliance
Consumption driven economies will come back into focus. Except China most countries that opened up their economies in the early 90’s embraced the easier services route. China played the hard game of manufacturing and asset creation. It built capacities to service the world. With the new world order emerging China will have to improve its domestic consumption and find ways of keeping its manufacturing at full flight. Fall in exports and an oversupply situation will wreck the fine economic equation that it has created. Chinese have been guilty of rigging its currency and they could get back to weakening it again. India on the other hand is a late riser in manufacturing and could actually promote the ‘right scale’ manufacturing but that will come with a policy change at the highest level. India’s services export will come under some duress. This will have direct impact on the trading value of the rupee. It will depreciate further because our exports could decelerate while imports will continue to rise. While India will continue to be a consumption led economy it will not be entirely self-reliant in the short term. However, the new ecosystem will push India to self-reliance faster that it would otherwise have.

Currency protection
Countries will push hard to improve forex reserves and retain the value of their currencies. Protectionist measures could also come into play to save currency from depreciating. Countries may shun free market value recognition for their currencies. The currency value will be determined by the central bank of their country. While this might be the extreme step it cannot be ruled out. All eyes will be on China because they will be most affected by currency protection around the world. Countries around the world will also try and keep energy prices at reasonably lower levels. Energy prices tend to influence currency value movements immensely.

Global corporations, local equity
An extended argument of being local, make locally and buy local is to allow for local equity too! Countries like India may negotiate for global corporations to list on local bourses in India, issue a small float locally and do business in India without any barriers. This will also address the anti-globalization sentiments too. It will improve commitments of businesses that wish to operate in India beyond a scale. General insurance companies have to mandatorily list of Indian bourses after completion of 8 years of operations in India. It is a compliance issue. This argument could get extended to other sectors too. Protectionism when fully played out will have no counter arguments

While all these changes could happen, India and China should work with the US and EU to ensure fair trade practices with improved compliance particularly by the Chinese. They should make a convincing case for trade to be allowed in the spirit of free market. This will not only help the western world build its society better but auger well for the developing world too.

In 1817, David Ricardo, the famous British political economist seeded and promoted the idea of free trade. It has worked very well all these years. It has been a zero sum game as far as nations are concerned. There are minor issues to be addressed but looking inward may not be the best solution.

- K. Shankar is the CEO of Feedback Business Consulting

6,726
Thank you for your comment, we value your opinion and the time you took to write to us!

Tweets by @forbesindia
Prev
Potential issues related to valuation under GST
Next
The BS IV shock: Who is to blame?