The recent sharp hike in fuel prices is a culmination of various factors that include international policy changes, and central and state levies, among other things. 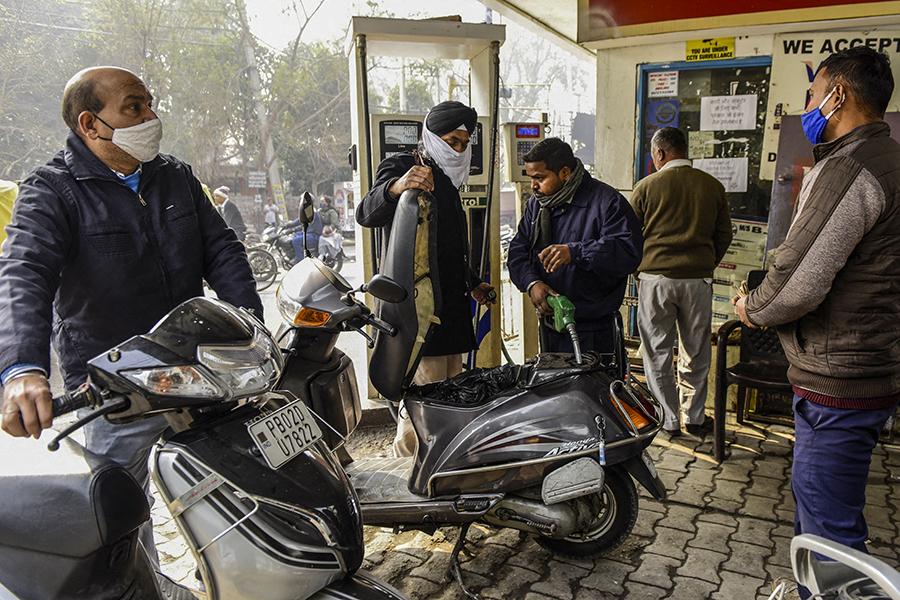 The recent bull rally in global oil prices from $18 a barrel in April 2020 to $65 in February 2021 effectively means that crude oil prices have risen by an unbelievable 261 percent in the last 10 months. A good 25 percent of that rise has come in the last one month alone. Since more than 80 percent of India's oil demand is met via imports, any surge in global Brent crude price has a sizeable impact here, as both petrol and diesel are now fully deregulated. According to the US Energy Information Administration (EIA), India is currently ranked behind the US and China as the world's third-largest oil consumer. India consumed 206.2 million tonnes in 2017-18. The Organisation of the Petroleum Exporting Countries (OPEC) projected India's oil demand to rise by 5.8 million barrels per day (bpd) by 2040—accounting for about 40 percent of the overall increase in the global demand during the said period. As per the EIA, India is set to replace China as a oil guzzling behemoth in the next few years.

The price of any commodity, including oil, is driven by demand and supply dynamics. Each time petrol or diesel prices rise in India, we should ask ourselves, have we done enough to contribute to greener fuels?

Goldman Sachs's forecast from last year said that global oil demand will recover to pre-pandemic levels of 100 million bpd between January to August 2021. It also noted that demand will rise steadily but supply will grow slowly—with the supply deficit rising to 900,000 bpd during the first half of 2021.

Factors leading to the global rally in oil are, the $1.9-trillion stimulus package proposed by US president Joe Biden. Biden’s moratorium on federal land drilling, the revocation of the permit for the Keystone pipeline and the moratorium on all oil and gas leasing in the Arctic National Wildlife Refuge are the key factors driving the recent surge in crude oil prices. A slow increase in non-OPEC supply, rising winter demand, the snowstorm in Texas, depleting global inventories and Covid-19 induced supply disruptions, will also push up global oil prices.

Speaking specifically of the recent crude price rise, it has has been in the making since May 2020. Driven primarily by factors like output cuts to the tune of about 9.7 million bpd in May, June and July last year, the drilling by US shale oil wells falling to a 2-year-low of 7.63 million bpd, output cuts to the tune of 7.7 million bpd between August and December 2020 by Saudi Arabia-led OPEC and of course, demand recovery in China, the price rise was bound to happen.

Theoretically, for every $1/barrel fall or rise in Brent Crude price, product prices rise or fall by 0.45/litre, assuming all other variables and factors remain constant. However, these factors which include the rupee-dollar exchange rate, cess, refining cost, import duties, shipping charges, freight rates and dealer commissions, and profit margins are never quite constant in the dynamic real world.

India's opposition has often alleged that under the Congress-led United Progressive Alliance (UPA-2), despite elevated Brent prices globally, local fuel prices were much lower. That is because fuel prices were only partially decontrolled under that government—only petrol prices were deregulated in June 2010. It was the Prime Minister Narendra Modi-led NDA government that took the bold and long overdue decision of decontrolling diesel prices in October 2014. So comparing fuel price movements under the current government, with the erstwhile regime would be unfair.

To nail the misinformation surrounding domestic fuel pricing, it is best to look at this real time example. Petrol prices in Mumbai recently hit Rs 100 per litre. Of this Rs 100, the basic rate is Rs 32.97 per litre; central government tax is Rs 21.58; state government VAT, surcharges and levies are Rs 41.67 per litre; distributor margins work out to Rs 3.78 per litre. Clearly, it is not the central government, but state government taxes that are the biggest component of petrol prices and also the biggest reason for the steep rise in domestic fuel prices.

Effectively speaking, state government taxes account for 41.67 percent of the final petrol price, whereas central government taxes account for only 21.58 percent of the final petrol price per litre. In fact, along with VAT, disaster management cess and highway liquor ban cess, the net share of state taxes in fuel prices in Maharashtra is almost 50 percent. Similarly, it is the same case in Rajasthan, the state with the highest VAT.

India is planning to increase natural gas consumption by 2.5 times from the current level of 6.2 percent to 15.5 percent by 2030 as part of the energy mix. The ongoing transition from an 'oil economy' to a 'gas economy' is steadfastly underway. Over 70 percent of India’s population in over 400 districts will soon have city gas distribution (CGD) facilities.

Only 25 lakh households in India had access to piped natural gas (PNG) in 2014 but that figure has more than quadrupled by 2021. India only had 947 compressed natural gas (CNG) stations in 2014. That number rose to 1,470 stations in 2018 and is set to scale up to 10,000 CNG stations in the next few years, a massive milestone. Since CNG is 45-60 percent cheaper compared to petrol and diesel, this will make India self-reliant in more ways than one.

6,576
Thank you for your comment, we value your opinion and the time you took to write to us!

Tweets by @forbesindia
Prev
Financing India’s Cities: How the 15th Finance Commission changed the status quo
Next
India needs a localised approach to self-resilience and recovery