Veterans are exceptional individuals who have served our country, upheld the highest standards of performance in the most extraordinary situations

Sandeep Chaudhary is the CEO of Aon India. 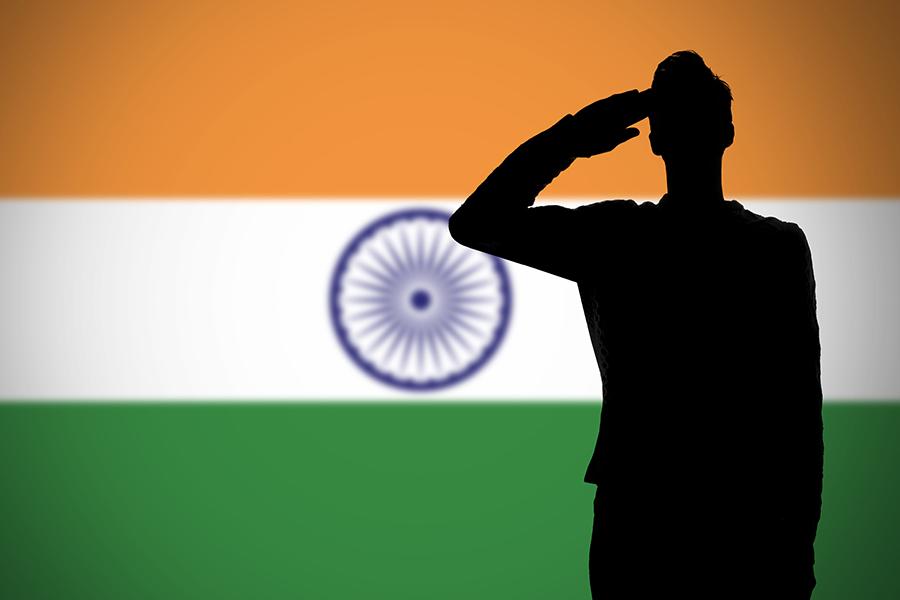 Since 2001, over one million service members from the Indian Armed Forces – Army, Air Force and Navy – have left active duty. Nearly 70,000 members of the military in India across officers and other ranks leave active duty every year; most of them would be between 35 to 45 years old with a long life and responsibility ahead of them.

Within the retired veterans, unemployment and disengagement post-service is alarmingly high, due to lack of any focused effort to hire veterans. They end up taking jobs that grossly underutilise their skills and experience. The reality for them is such that India's brave and valiant fear this transition, not because of lack of skills but because no one cares to understand them.

Veterans served our country, upheld the highest standards of performance, in the most extraordinary situations. Armed Forces is a VUCA-ready (Volitility, Uncertainty, Complexity, and Ambiguity) talent factory for practically any trade with uttermost commitment and teamwork. It is not just about the intangibles like integrity, discipline, and adaptability that are hugely scarce, but also about their technical prowess. They have handled technology decades ahead of it becoming mainstream.

The Indian Army has 159 trades with specialists in every field, ranging from telecommunications, supply chain, logistics, infrastructure, medicine, engineering to cyber security and metallurgy.

Businesses and industries in countries with large military establishments like the US and UK have worked proactively to reintegrate and hire veterans. Today, one in every five employees is a veteran at companies like AT&T, Lockheed Martin, JP Morgan Chase, United Technologies, GE, Goldman Sachs, and so on. They have proved themselves in the world of business – fifteen people of the Fortune 500 CEOs are military veterans.

Employment is key to economic, social and psychological well-being, community reintegration, family financial stability and most importantly, to lead a life of dignity and fulfillment. The Armed Forces, civic organisations, businesses and industries, healthcare, educational institutions, public officials and others, have a significant role to play in the reintegration of veterans.

The Directorate General Resettlement under the Ministry of Defense is responsible for training and re-employment of service men and women. Each service – Army, Air Force, and the Navy have placement cells that operate like any job portal or recruiting firm. But despite their best efforts, these organisations find themselves fighting a lone battle with little assistance coming from the corporates.

Employers acknowledge that they don’t understand the structure, working of the Army, and hence are not aware of the available skills, and how they can effectively integrate with their organisation. Thanks to this lack of knowledge, ex-servicemen are often boxed into security, administration and facility roles.

The first and the most significant of the problems they face while looking for their first employment post-service includes:

Veterans are not well-versed with the corporate world and its jargon. They have trouble selling themselves and their skills and experience from military ;life to the business world. The assistance they get from military programs or computer-based skills translators is limited or flawed.

30 percent must address upskilling agenda with the veteransTo successfully reintegrate veterans, there is a need to start the engagement process with the personnel three-five years before they step out of the forces. The Directorate General of Military Training oversees training and modernising of the troops that includes both, mandated and self-directed, including two years of fully-paid study leave and then there is the Directorate General Resettlement that is responsible for training that can help them find suitable jobs post-service.

There is a significant solution that can be created. Firstly, if these two directorates were to work together. And secondly, if they were to proactively engage with the corporates on drawing an equivalence of the current skill levels across various functions, levels and industry sectors. A three-six months internship program for the personnel in the area they are most skilled in, will go a long way to create better mutual appreciation for both veterans and employers. It will help break the misconceptions and create a win-win situation.

10 percent is about the final cultural adaptation and onboardingPerformance is a factor of knowledge/skill and the environment in which you deploy the same. Understanding of the environment and mindset is essential for both veterans and employers to succeed together. While there are many aspects that are similar across the Armed Forces and world of business, there are also several that make them very different from each other. It requires the same time, effort and resources that are put into becoming more inclusive about gender, ability, orientation, ethnicity, and so on.

We should carefully identify role/ functions across industries that can be pre-approved for veteran hiring. Best Employer definition should start to give credence to companies with formal veteran hiring programs, just like it does for other diversity groups. In the US, The Work Opportunity Tax Credit (WOTC) is a Federal tax credit available to employers who hire individuals from eligible target groups with significant barriers to employment. A similar economic benefit can be provided to employers to incentivise them to hire veterans.

It is a sad paradox that the industrial sector of the youngest country in the world is grappling with an ageing workforce problem. The young Indians do not want to work in factories and plants. In a country with the largest population, we have shortage of skilled labour and yet we haven’t invested in exploring the highly-skilled, proven and driven pool of talent coming out of the Armed Forces every year.

The author is a CEO of Aon India.

5,833
Thank you for your comment, we value your opinion and the time you took to write to us!

Tweets by @forbes_india
Prev
Will private banks contribute nearly half of all incremental loans by FY22?
Next
Solving India's future sanitation needs