What can economists do to save the rupee?

In India, currency behavior is usually an esoteric subject; but it boils into a street debate when the rupee begins to weaken 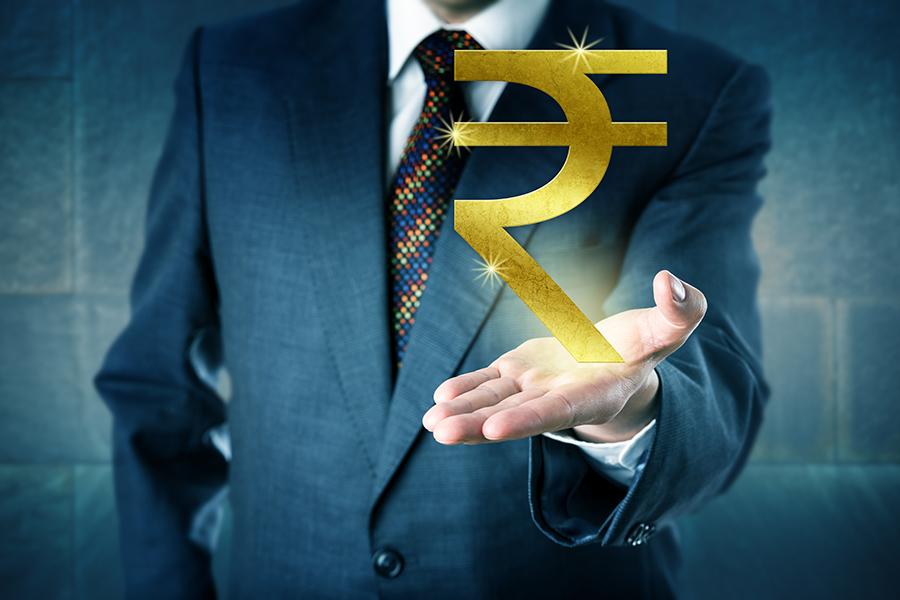 Economics is ubiquitous and yet has many practical definitions. Currency is the war head of a country’s economy. The Indian rupee saw a sharp run on its value over the last fortnight. In India, currency behavior is usually an esoteric subject. However, it boils into a street debate when the rupee begins to weaken.

India’s long-standing economic concerns are known. India is not ‘natural resource rich’ in many area’s – energy, bullion, clean water, useful forests, industrial raw materials and so on. It is extremely import reliant. The country's import bill last fiscal stood at $465 billion. The export invoicing was $303 billion. That is a massive $162 billion trade deficit. Much of the economic woes and currency vulnerability start with trade deficit. Trade deficit means the Indian Rupee moving out of the country a lot more than it should.

While currency was bilateral between two trading countries in the past, it now is also in the hands of currency traders who take dispassionate positions through non-deliverable forward (NDF) contracts. The Rupee is also vulnerable because of this. Traders usually take positions based on sentiments and global trade winds. They hammered the Indian Rupee along with other emerging market currencies.

Further, it is also on the US Federal Reserve’s (Fed's) currency watch list after the Reserve Bank of India (RBI) bought $57 billion in the last fiscal and touched the threshold. The RBI does not have any more elbow room or operating levers left to support the currency. Which is why the bank mentioned, "It is not in our hands now".

World trade is at a crossroads today. The US economy is on a moon mission trajectory. The US dollar is at its strongest. American equity markets are also outperforming most around the developed block. The Fed will certainly increase interest rates. That will mean attractive debt markets and bond yields. Strong dollar and rising bond yields have driven international investors out of emerging markets this year, pressuring all emerging market currencies, at the same time as rising commodity prices. Robust domestic economic performance has also compelled Indians to start selling the rupee. It is a full stack against the rupee now.

A near $16 billion monthly trade deficit is commensurate with a current account deficit (CAD) of 2.8 percent to 3 percent of Gross Domestic Product (GDP), which will be challenging to finance in the current global environment, particularly when portfolio outflows from India are rampant. India needs a serious policy mix on expenditure management to prevent external imbalances from becoming unsustainable. It will not be about setting firewalls around expenditure but allocation of expenditure in areas that help improve self-sustenance. In short, the Indian macro economy needs some recalibration to accommodate the ongoing headwinds of trade, tariff’s and trust between US and rest of the world.

What can economy managers do to improve the macroeconomy and the rupee?

Nudge in Policy Making is the Way ForwardIndian stock markets have been doing well, primarily because industry has adopted a strategy of incremental and not exponential gains. Incremental gains are achieved through treasury operations and exponential gains through capital expenditure (capex). Much as India has improved its ratings in various corridors of recognition, the ground reality is no different from what it has been. India needs a policy relook that is determined by nudge. We need to create a policy ecosystem that will make corporates switch strategy and restart the capex cycle. Nudge must be on the supply and consumption side. The days of forceful policy based on diktat are counterproductive today. We need heightened manufacturing to improve self-sustenance and to export.

Respect and Enable Natural ResourcesAs a country, we need to recognise the importance of our natural resources and respect them. That done, we need to improve quality of our rivers, forests, vegetation, natural raw materials and the ecosystem. There must be national consensus and recognition on natural resources. While clean India initiative is expected to bring down health care costs and the burden on our exchequer, a natural resource protection policy will make India eligible to participate in many untouched businesses. For example, semiconductor fab industry. Quality natural resources help overall competitiveness of businesses.

Ratings Matter but Don’t Translate into Improving MacrosManagers of the Indian economy are too consumed by the Moody’s upgrade, improvement in ease of doing business ratings, corruption ratings and so on. While these are feel good, they will not remain steady at present levels if India does not change, improve its trade deficit, current account deficit and all the key macros. We need to structure a participative policy framework to improve all critical indices of the macro economy. Macro economy is India’s strength and a good macro economy will help the rupee strengthen against the reserve currency of the world

Work towards moving out of country groupingsIndia is unique and needs to position itself uniquely. Being classified as an emerging market, part of fragile 5, in soup alphabets like BRICS, IBSA does not help India’s cause. India is an absolute free market economy with vibrant equity markets, currency that is free on trade, robust policy making, transparent legal system and many more characteristics that a developed market has. India is the sixth largest economy now and very high on the public-private partnership (PPP) ladder too. India is a ‘too big to fail’ economy. When bunched with some of the countries that don’t have half what India has makes India perceptively vulnerable and weak. It impacts currency and capital flow when global uncertainty kicks in. India needs a unique recognition and positioning. While the rupee fall may not be a big reason to worry just yet, it needs to be treated as an alarm. It will require change in thinking on the basic blocks of our economy, its enablers and its drivers. India just cannot take its macro economy for granted.

The author is CEO at Feedback Business Consulting.

5,641
Thank you for your comment, we value your opinion and the time you took to write to us!