What is being done to strengthen India's banking system?

Banks will need to rework their business strategies, innovate on products tailored to customer needs and improve efficiency in the delivery of customer-centric financial services

The author is a Partner at Rajani Associates 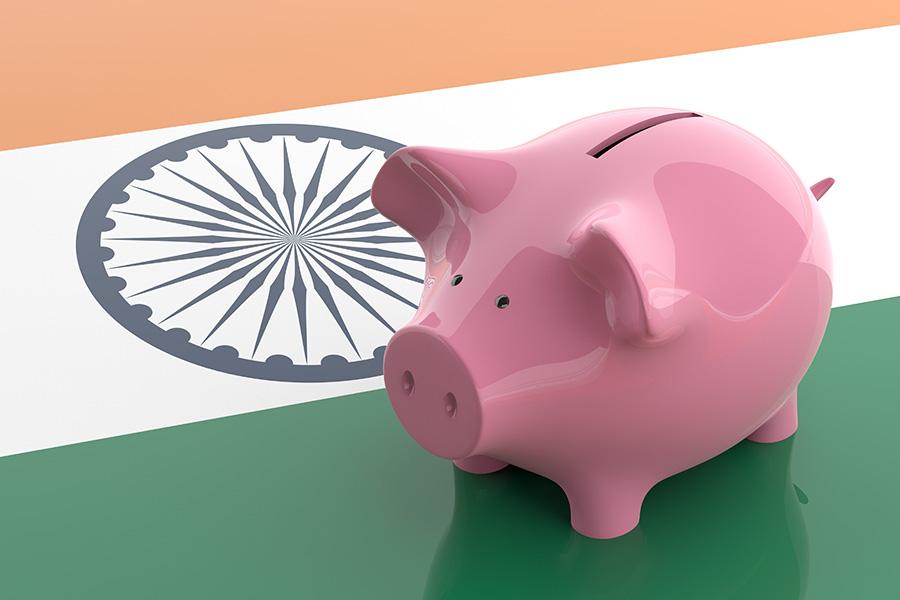 Another article on Banking Sector? Well, the Punjab National Bank (PNB) failure to deal with the Nirav Modi default showcases the weakness in the banking system and this article highlights the steps that the Government proposes to undertake to strengthen the banking system in India so as to avoid such defaults in the future.

Banking in India originated in the last decade of the 18th century. Among the first banks were the Bank of Hindustan, which was established in 1770 and liquidated in 1832 and the General Bank of India, established in 1786 but failed in 1791. The largest bank, and the oldest still in existence, is the State Bank of India.

Today, our banking system is divided into commercial banks, regional rural banks and cooperative banks. Commercial banks play an important role in the financial system and the economy. As a key component of the financial system, banks allocate funds from savers to borrowers in an efficient manner, thereby making the overall economy more efficient.

India requires stability, efficient service delivery, inclusion and a monetary policy transmission from our banking system. Recognising this need, the Government has, over the years, introduced various reforms to strengthen the banking system and make it more robust.

The Reserve Bank has adopted Basel III norms for implementation in a phased manner. Basel III is an international regulatory accord that introduced a set of reforms designed to improve the regulation, supervision and risk management within the banking sector. Largely in response to the credit crisis, banks are required to maintain proper leverage ratios and meet certain minimum capital requirements.

Apart from an improved capital framework and liquidity ratios like the liquidity coverage ratio (LCR) and the upcoming net stable funding ratio (NSFR), the Reserve Bank has also been aligning the regulatory and supervisory frameworks for Non-Banking Financial Company’s (NBFCs), all India financial institutions (AIFIs) and co-operative banks with that of commercial banks with the objective to avoid regulatory arbitrage. Moreover, the Indian Accounting Standards (Ind-AS) standards prescribed for commercial banks will be made mandatory for both AIFIs and NBFCs. A formal Prompt Corrective Action (PCA) framework has been introduced for NBFCs from March 30, 2017 and a comprehensive Information Technology (IT) framework from June 8, 2017. Multiple categories of NBFCs are being rationalised into fewer categories. Along with strengthening co-operative banks through consolidation, the tiers in the cooperative structure are also being reduced.

Addressing asset quality concerns and strengthening banks' balance sheets to reinvigorate credit growth are clearly the highest priority. Improving accounting standards and nurturing competitive efficiency alongside niche competencies in the banking space are other elements that is gaining importance. Strengthening and harmonising regulations across financial intermediaries and in adherence to global standards have been other focus areas. Simultaneously, promoting digitisation, managing technology-enabled financial innovations and dealing with cyber-security risks will entail strategic policy responses.

Impairment in the asset quality of the banking sector remains unconscionably high, necessitating sizeable provisioning and deleveraging, thereby constraining banks' capacity to lend. Consequently, profitability and capital positions of banks have faced some erosion, especially in the case of public sector banks (PSB). In the process, businesses have increasingly switched to alternate and more cost effective sources of funds to meet their financing needs, be investing directly in the securities market, rather than through a bank.

The situation is unlikely to improve fast. Going by Reserve Bank of India’s (RBI) December Financial Stability Report, Non-Performing Assets (NPA) of Indian banks will rise further even though the financial system as a whole remains stable. Under the RBI's base case scenario, gross NPAs in the banking sector may rise to 10.8% in March 2018 and to 11.1% by September 2018.The size of the hole in today's banking crisis appears to be roughly 10% of the Gross domestic product (GDP).

The enactment of the Insolvency and Bankruptcy Code (IBC), 2016 and promulgation of the Banking Regulation (Amendment) Act, 2017 has significantly altered the financial landscape with optimism to resolve the concerted efforts that are underway for resolution of stress in balance sheets of banks and corporations in a time-bound and effective manner. The Reserve Bank's pre-emptive approach to recognition and resolution of emerging financial distress and the revised system of prompt corrective action triggered in April 2017 are intended to instil confidence in the system that accumulation of excessive financial imbalances in the future will be prevented. The Government's in-principle approval in August 2017 for consolidation of PSBs through an 'Alternative Mechanism' and the massive recapitalisation plan for PSBs announced in October 2017 as part of a comprehensive strategy to address banking sector challenges should make them strong and competitive as they gear up to meet the credit needs of a growing economy.

Subsequently, the RBI has also advised banks to set aside 50% provisioning against secured exposure and 100% against unsecured exposure in all cases referred for bankruptcy. In a blow to defaulting promoters seeking to reclaim their companies under insolvency proceedings, the Government barred wilful bank loan defaulters as well as those with NPA accounts from bidding in auctions to acquire their companies.

The Government is likely to push ahead with banking sector reforms alongside infusion of fresh capital as it looks to lift banks out of NPA crisis and revive lending growth from a 25 year low. In October 2017, the Government announced infusion of an unprecedented Rs.2.11 trillion capital over two years in PSBs that are reeling under high NPAs. The capital infusion in banks is not going to be an easy affair as it has to be backed by string of reforms including strengthening of bank boards and resolution of non-performing assets so that the banks can undertake responsive and responsible banking.

The finance ministry has also released a road map for consolidation of the overseas operations of state-run banks. The rationalisation of overseas branches is aimed towards "cost efficiencies and synergies in overseas markets". The rationalisation in foreign operations will be through a mixture of closure of overseas branches, subsidiaries, representative offices and remittance centres and through consolidation of joint ventures where more than one bank is a shareholder.

The recent fraud in the PNB has reopened the debate on privatisation of public sector banks. Privatisation may address the issue of moral hazard of the Government; however, as long as the Government remains a majority owner of these banks, it will not be easy to have a law that the Financial Resolution and Deposit Insurance Bill 2017 (FRDI Bill) proposes, asking depositors to sacrifice in case of a bank failure.

In addition to the IBC and the Banking Regulation (Amendment) Act, 2017, the Government notified the Fugitive Economic Offenders Bill, which is aimed at punishing those who are accused of committing financial crimes in India and then fleeing the country, as in the cases Nirav Modi and Vijay Mallya, setting up of the independent regulator National Financial Reporting Authority (NFRA) that will have sweeping powers to act against erring auditors and auditing firms. The Government has also proposed the Financial Resolution and Deposit Insurance Bill (FRDI), which purportedly allows failing banks to use depositors money to cut losses. The recent RBI Circular on Resolution of Stressed Assets dated February 12, 2018 calls upon banks to report default as low as Rs 50 million. The RBI Circular also calls upon the banks to put in place Board-approved policies for resolution of stressed assets under this framework, including timelines for resolution and also sets out timelines for large accounts to be referred to IBC.

The recent scams are fundamentally and overwhelmingly a failure of the banking regulation. More significantly, it is felt that this Government has created incentives for all banks to privilege large high-profile corporate borrowers and be relatively lax on their repayment in the mistaken belief that this would encourage sustained income growth and this makes it easy for some players to game the system.

India needs a safe and efficient banking system to service the needs of a growing economy. The RBI would do well to use the current opportunity to strengthen the banking system.

In the fast changing financial landscape, banks will need to rework their business strategies, innovate on products tailored to customers' needs and improve efficiency in the delivery of customer-centric financial services to regain their role as principal financial intermediaries. Given India's relatively low credit penetration, this may even be a desirable outcome so as to enhance credit flow and revive the investment cycle.

In regard to the stress in the banking system, banks can take advantage of the IBC and the various other steps undertaken by the Government to clean up their balance sheets and improve performance on a sustained basis to remain competitive. Instead of waiting for regulatory directions, banks can file for insolvency proceedings on their own to realise promptly the best value for their assets.

-The author is a Partner at Rajani Associates

20,377
Thank you for your comment, we value your opinion and the time you took to write to us!