Who will pay for the payments plumbing?

What will it take to make payments universal in India with a ratio closer to one point for every 100 citizens and importantly, who will pay for creating this infrastructure?

One of my favourite movie scenes is from “It’s a wonderful life”. The hero, George Bailey, is a reluctant banker. On his wedding night he has to deal with a bank run. In trying to stop the bank run, he tries to explain the concept of illiquidity to his depositors. " "You're thinking of this place all wrong. As if I had the money back in a safe. The money's not here. Your money's in Joe's house...right next to yours. And in the Kennedy house, and Mrs. Macklin's house, and a hundred others. Why, you're lending them the money to build, and then, they're going to pay it back to you as best they can." George's vision of banking is infectious: it is not about pieces of paper or ledgers. It is about helping people build houses and dreams. This vision drives me. Along with my awesome team at IFMR Trust (where I am the president), am obsessed with seeing that all of India has access to high quality financial services; be it a daily wage labourer seeking to protect her Rs. 100 wage from inflation or a municipality issuing its bonds to build sanitation for its residents. I believe that finance, when done well, can be a tremendous force for good. I live and blog from Chennai (and planes) but most of my stories are from Thanjavur, Ganjam and Uttrakhand. 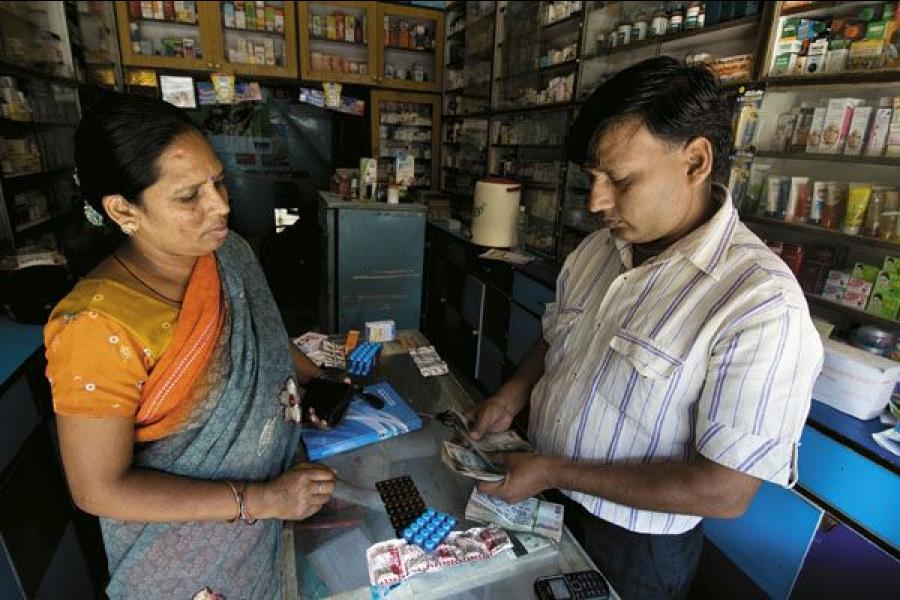 A recent Economist article says that 70% of Kenyans now use mobile money in some form. The battle against cash is an important one in the larger war against financial exclusion in India as well. Ease of payments makes a number of things easier – including for India’s large seasonal migrant population to send money home and also for a number of institutions such as banks and schools to operate in remote parts of the country.

The payment infrastructure in India consists of 80,000 bank branches, 150,000 post offices, 100,000 Business Correspondents, 88,000 ATMs and 600,000 POS machines. Simplistically, this is one payment point for every 1200 or so citizens. Add the rural-urban divide and the various regional disparities and this picture progressively looks worse.

The important elements of a ubiquitous payments infrastructure are: a national network of cash-in/cash-out points, universal data connectivity, a national switch and payment platform that banks and non-banks can use for clearing, standardisation of user interfaces for the customer to facilitate adoption and an ecosystem of financial product providers and billers that utilise this payments platform to offer a wide range of services. Dan Radcliffe and Rodger Voorhies of the Bill and Melinda Gates Foundation have an excellent new paper that describes the path to digitisation.

What will it take to make payments universal in India with a ratio closer to one point for every 100 citizens and importantly, who will pay for creating this infrastructure?

There are two directions that we may take to finance this infrastructure. One is to use the public good argument that is made persuasively by the Nandan Nilekani Taskforce on Aadhar Enabled Unified Payments Infrastructure. The excellent Taskforce Report makes a recommendation that a last-mile transaction cost of 3.14% with a cap of Rs.20 per transaction be budgeted for based on outcomes such as active accounts. The public good argument is further substantiated by the McKinsey study that estimated an annual savings of Rs.100,000 crores from reduction in leakages and lower administrative costs from having an electronic payments network for the country. So, while the recipient of an old-age pension pays nothing to withdraw her money from her local bank agent, there is a budgetary transfer to banks for effecting this transaction.

The second argument is predicated on the existence of an underlying business model. Here the pre-requisite is that the payments business is distributed across a very large number of payment points (as many as 1 per 100 households). A village resident could walk in to a friendly neighbourhood kirana to top-up her mobile phone and also withdraw a remittance from her ICICI bank account sent to her from an HDFC bank account holder. This will ensure that there is both higher ease of access and less pressure on an individual payment point. For this to work, while akin to the credit card merchant, a single bank may still “acquire” the merchant, the functionality embedded in the POS or the proposed micro-ATM would ensure that one could potentially access multiple accounts in a secured and inter-operable manner. The additional payment infrastructure related investment for the merchant needs to be as low as possible for it to proliferate, ideally an application on an existing mobile phone similar to what has been done by Square and PayPal Here.

Who will own and deliver this network is an open question in India but ubiquity of electronic payments seems within striking distance.

4,431
Thank you for your comment, we value your opinion and the time you took to write to us!