Why aren't global infrastructure investors making a beeline for India?

In the current global environment, India would be well served by a policy regime which attracts long terms investors, even if that is at the cost of some loss of tax revenue in the near term 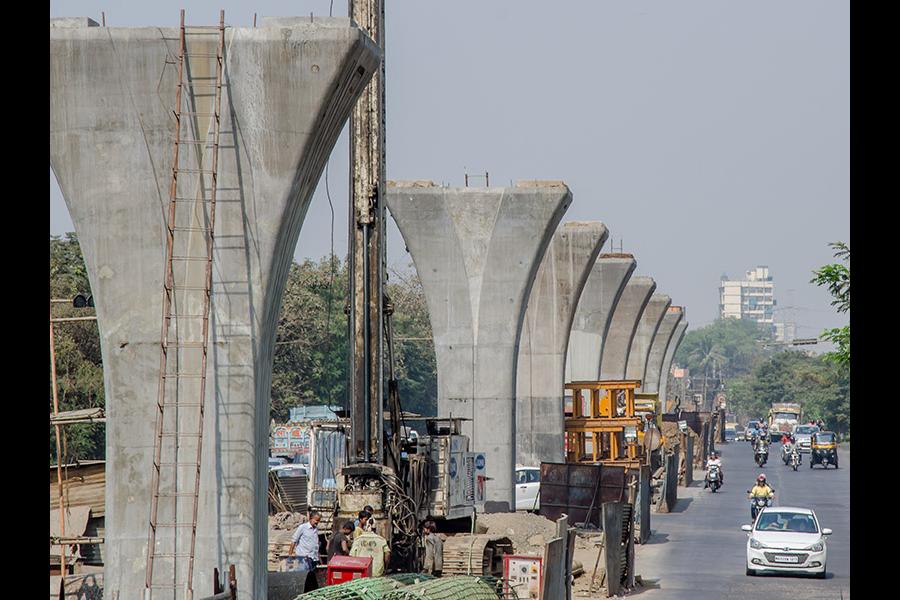 Budget 2017 comes in amidst unprecedented global uncertainty, the highest since the 2008 financial crisis.  The basic pillars of modern global economy - free movement of goods, services and people seem to be out of favour and protectionism is the new buzzword especially in the developed western world.  Once again, India finds itself at crossroads - "with the going getting tougher, will we become tough?"; "will we bite the bullet this time around?" or "will India continue to remain an opportunity which never materialises".

The Modi government stormed to power in 2014 with the promise of development and jobs.  No two sectors embody this more than infrastructure and manufacturing.  With half of the tenure of the current government over, admittedly, more can be done and faster.

Let's look at infrastructure first - it's a known fact that the sector needs foreign capital critically.  India's current levels of tax revenues are unlikely to support the infrastructure development needs for many years to come.  While the government fiscal support has revived the roads sector which was so badly hit by failure of the PPP model during the last few years, it may be naive to expect that the same model will be put in place every infrastructure project.  Hence private (foreign) capital needs to fill the gap - this is at a time when global investors are flush with cash through several years of quantitative easing policies followed by central banks across the world, interest rates are still very low despite the recent round of Fed rate hikes, India's macros especially currency have been largely stable to positive.

One needs to ask as to why are global infrastructure investors not making a beeline for India in such an environment?  Why aren't we offering "risk adjusted returns" to investors which are superior to anywhere else in the world?  Equity returns which can be potentially earned by such investors in India are amongst the highest in the world.  The key question here is "risk" - global infrastructure investors look for low to moderate returns with low risk and policy certainty.  India's track record in terms of offering predictable policy environment has been rather poor - we continue to be plagued by land acquisition issues, tax policy uncertainty, corruption, delays in licensing and project implementation.  While the budget may not address all these issues, clear and predictable tax environment may be a good starting point.

What is the logic in giving tax exemptions to income earned by infrastructure projects and then taxing them through the backdoor via MAT?  What is the logic in levying DDT on top of MAT forcing investors to look at instruments such as CCDs (which are in effect equity) to optimise (read save) taxes?  What is the logic in exempting capital gains on sale of shares on stock market but taxing shares of privately held companies?  And worst of all, these provisions keep on changing from year.  If the government accepts the fact that foreign capital is required to fund India's massive infrastructure needs, why can't we have a simple, logical, fair and stable low tax regime which wouldn't change for the next 20 years.  A stable regime which provides moderate risk adjusted equity returns is likely to be preferred by global investors particularly in today's environment where investors in the developed world are chasing yields.

Manufacturing space has even more complicated environment with multitude of taxes, several exemptions, high tax rates, layers of taxes on same income (3 in some cases), corruption, difficult labor laws, needless compliances, and unwieldy tax litigation.  This is the situation in a sector where potential for job creation is the greatest, the imminent shift of low to mid end manufacturing from China – single-handedly, the sector can propel india to become a middle income country and substantially reduce poverty.  Again, the prescription here is rather similar for the budget - simplify tax laws, reduce exemptions, lower the corporate tax rate etc.  India is the only large country which can substitute global supply chains presently in China.  Why would global manufacturing companies invest in India with 35% corporate tax rate and 20% DDT on top?  Why would they want to engage in a country with aggressive tax administration on transfer pricing?  How can India be an attractive investment destination when we keep on tweaking our tax laws almost every year with the hope of getting some incremental tax revenue?

In the current global environment, India would be well served by a policy regime which attracts long terms investors, even if that is at the cost of some loss of tax revenue in the near term.  Lowering of tax rates, providing clear and certain tax exemptions on new infrastructure and manufacturing investments, incentives for job creation by means of focused tax deductions, aggressive implementation of GST, bringing more and more people into the tax net, not taxing the same income multiple times are some of the things which need to be critically focused on.  At the same time, some of the current exemptions such as capital gains exemption on listed stocks need to be reviewed since they aren't targeted at long term investments rather only revving up the stock market.  The window of opportunity for India to jump levels in economic development will always be limited and we need to start using it sooner rather than later - it's already high time and if we don't act fast, global investors may be losing patience with India.

5,529
Thank you for your comment, we value your opinion and the time you took to write to us!

Tweets by @forbes_india
Prev
Budget 2017 must boost ease of doing business in India
Next
Budget 2017: Expectations in infrastructure, manufacturing and capital goods sector