Why the new government must revolutionise manufacturing

Despite various policy initiatives and reforms, Make in India’s lion didn’t quite roar 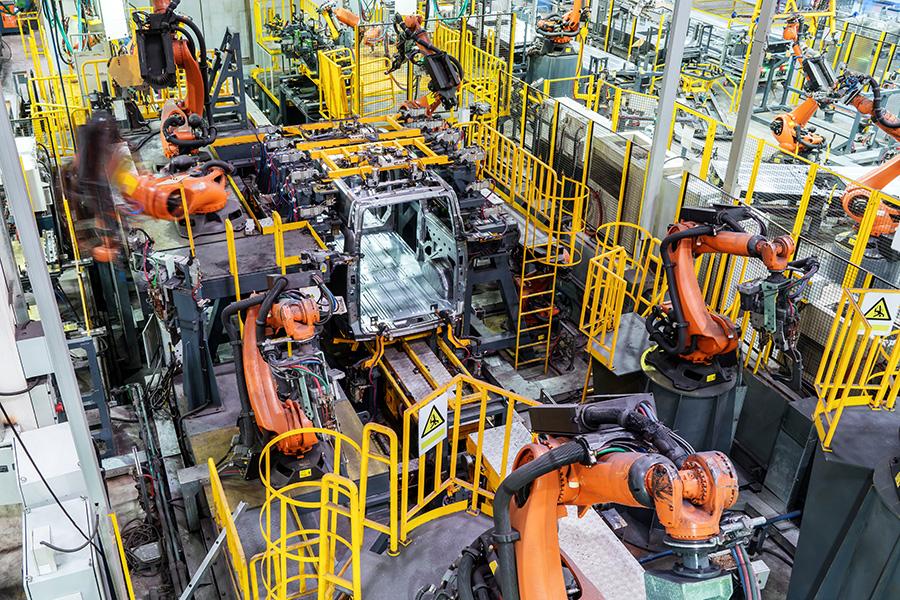 When the NDA government, under the leadership of Narendra Modi assumed office in 2014, it pushed various reforms to built a thriving manufacturing sector, key for an emerging economy. These included initiatives such as Make in India, National Policy on Electronics, increasing export incentives, launching phased manufacturing programme (PMP) and the Modified Special Incentive Package Scheme, with a plan to bring a new industrial policy to promote manufacturing in the country.

However, despite various policy initiatives and reforms, Make in India’s lion didn’t quite roar. The manufacturing industry, considered the backbone of any emerging economy, contributes only ~15 percent share in India’s GDP as compared to China (29 percent), South Korea (29 percent) and Thailand (27 percent). The apparent reason behind this seems to be a lack of comprehensive policy instruments at both centre and state levels.

India’s solar market is one of the fastest growing in the world, offering an average potential of at least Rs 46,500 crores (~ $6.6 billion*) per annum for solar modules over the next three years. India’s domestic solar PV manufacturing industry, however, has not been able to tap into this market on account of its inability to compete with imported products. As a result, India is largely reliant on imports to meet its growing domestic demand. This trend is likely to continue unless domestic capacity is ramped up with suitable policy support.In a country where unemployment is increasing, the manufacturing push seems to be the only solution to address it.

How can domestic manufacturing help?Manufacturing is not just another ideology that countries may or may not choose to practice. It is ‘the’ component for progress, growth and positive change. With the world quickly becoming a single trading platform, focus on manufacturing has become a necessity for every nation to grow and develop.

Focusing on manufacturing creates a cycle that runs on its own, offering overall sustainability and progress to a country. This tested strategy has helped countries like China, and recently Vietnam and Taiwan, which have increased their national income significantly. China has been able to control the price of manufactured products globally by achieving economies of scale with R&D and emerged as a global leader in terms of global exports. A brief summary of the incentives available to solar manufacturing industry in China is given here:

Subsidies: Grants, loans and other incentives to enterprises in China, in part to implement an industrial policy of promoting the development of global Chinese brand names, and to increase sales of Chinese-branded and other Chinese merchandise around the world

As a manufacturer, I appreciate the Indian government efforts to promote manufacturing. India has improved its ranking to 77th position in World Bank’s list of ‘Ease of Doing Business’ countries. However, unfortunately, the pace of progress is still not at par with other emerging economies. India needs to identify enablers and provide requisite support to promote manufacturing. This may be achieved by providing real and innovative incentives and easy financing.

India can succeedPolicy reformations and initiatives are creating industry growth, evident from the fact that India has received nearly $76.82 billion in the manufacturing sector from foreign direct investment (FDI), from April 2000-June 2018 alone. The manufacturing sector has seen a CAGR of about 4.34 percent from FY12 to FY18 due to these initiatives. This has been able to generate some employment; however, considering the population and unemployment, the number of jobs created during the past six years in this sector are insufficient for a country like ours, where half the population is young and a significant number of them is unemployed.

Coherent policies at the centre and state level, and land and labour sector reforms with adequate and timely incentives are necessary, along with simplified regulations.

Prioritising domestic industriesCurrently, 90 percent of its solar panels deployed in India are imported. In FY 2018-19 alone, India imported solar PV modules worth $3 billion. With the target of 100 GW of solar installation to be achieved by 2022, India will have annual domestic demand for solar modules of about 15-20 GW for next 4-5 years, with 15-17 GW of annual installation, and Rs 47,500 crore of annual market exits for modules, cells and wafer. Under business as usual, this entire market will go to Chinese modules, impacting trade balance. Domestic manufacturing can boost Indian economy significantly, with every 3 GW integrated polysilicon to module manufacturing facility creating > 5,500 jobs.

A central solar manufacuring policy and incentive package beyond M-SIPS is essential. It’s key features should include

With a huge population base of 135 crore, India has a significant domestic market which is currently majorly catered by imports. India has a big opportunity before it to become self-sustainable by promoting its manufacturing base and promoting exports.

The author is MD and CEO of Vikram Solar.

6,179
Thank you for your comment, we value your opinion and the time you took to write to us!

Tweets by @forbesindia
Prev
Elections 2019: The 'Argumentative Indian' gets a chance to be heard
Next
The impact of Iran oil sanctions on India