In India, a lot of private enterprises are carrying out beautiful experiments to innovate for the country's thrifty 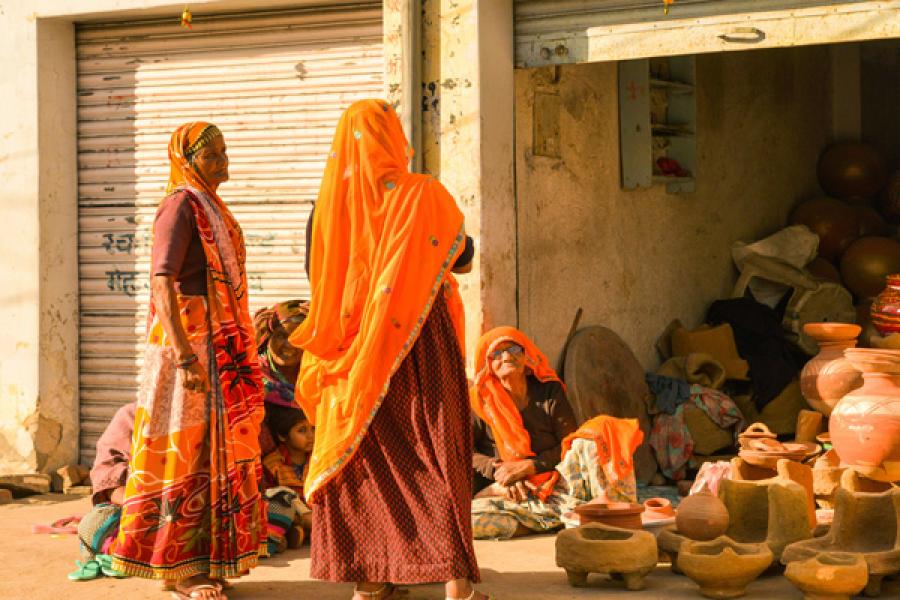 The day isn’t far when a young man or woman, good at driving a car, but speaking only Hindi or Telugu or Bhojpuri, picks up enough English on a cheap Android smartphone using Duolingo, lists a profile on Babajob, and finds a placement with Uber or Amazon or Ola or Flipkart (Image: Shutterstock)

A small welcome arch of bright blue and white balloons and a modest signboard were the only indications of Uber Technologies’ new engineering centre in Bengaluru, when it was opened earlier this month. Inside, the ridesharing app services provider had set up a team of about 10 engineers to look at on-the-ground technical problems and situations that Indian commuters face every day.

The engineers here will look at everything from wireless signal strength to road traffic to the estimated arrival of a cab, once booked on the app. They will also look at ways — beyond discount coupons — to get more people habituated to Uber as a preferred mode. This is a longer-term effort involving the use of technology for improving the overall quality of any given ride on multiple parameters.

The first part, setting up a small office in Bengaluru is probably the simpler part — call it frugal innovation, as defined by the IT outsourcing pioneers: Get more engineers in India for the cost of one in Silicon Valley. The second part, going truly local, is far more interesting: it’s as much about getting the tech and the business model right as it is about figuring out the psyche of the people here. Uber is here not just for frugal innovation, but to innovate for the frugal.

Keeping aside idiocies and compulsions in spending on such occasions as marriages, the majority of Indians are a frugal people. They just don’t have the money — something which is belied by traffic jams full of privately owned cars one sees in the big metros. The rest of India, which outnumbers the car-owning kind by like 100 to 1, comprises people who think twice before taking an autorickshaw if a bus stop is only 10 minutes away by foot. They think twice or thrice before buying even a cheap smartphone, and spending again on data.

Nandan Nilekani and his band of innovators have shown the way — and the scale of that vision is yet to sink in for many of us, especially as it is government backed — with their India Stack of technological infrastructure on top of which multiple layers of services can be built to serve hundreds of millions of people — like getting a bank account and sending money home to aging parents.

What is also happening in India is private enterprises, big and small, are carrying out beautiful experiments to innovate for the frugal: Jana, a Boston-based mobile tech company has a way to give people data based on how many ads and other promotions they are willing to watch. Nathan Eagle, the company’s founder hit upon the model first when he was looking to incentivise nurses in Kenya to text back blood-availability data.

Freecharge, was doing something similar, rewarding people every time they topped up on a phone plan or whatever. Duolingo wants to teach Indians, and others, English on the cheap, so that one day some of them will also pay $20 to take an english-proficiency test to go to college or get a job.

The day isn’t far when a young man or woman, good at driving a car, but speaking only Hindi or Telugu or Bhojpuri, picks up enough English on a cheap Android smartphone using Duolingo, lists a profile on Babajob, and finds a placement with Uber or Amazon or Ola or Flipkart.

Profit-seeking companies, from deep-pocketed Uber to those with more modest means, such as Duolingo, are beginning to come to grips with the idea that Google’s Youtube exemplifies: succeeding at scale in India will require not just frugal innovation, but innovation for the frugal. More power to them.

11,120
Thank you for your comment, we value your opinion and the time you took to write to us!

Tweets by @forbes_india
Prev
Antara - How Analjit Singh's Daughter is Building a New Address for Senior Citizens
Next
No recognition for you? Relax, it’s not doomsday yet