How India can become a world leader in solar power

To not become reliant on imported equipment, India must immediately work on developing the value chain ecosystem to become competitive in the long run 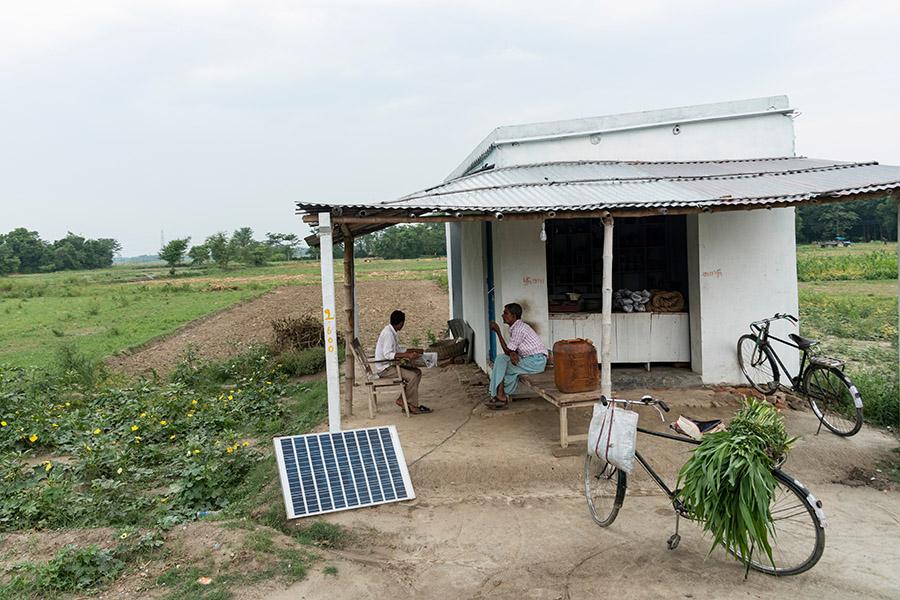 India is on its way to improve its industrial and economic health through structural reforms. The country has decided to phase out fossil-based energy generation and adopt green energy. This has been instrumental in laying a path to transition towards sustainable energy. The growing need of energy perfectly aligns with the country’s green energy transition initiatives, to satisfy future energy demands while reducing carbon footprints and burden on the country’s foreign currency reserves.

India’s per capita energy consumption currently stands close to one-third of the world average. India is running renewable energy initiatives in a big way and has emerged as the second most attractive market for renewable energy equipment in the world. With the headquarters of International Solar Alliance, India is all set to become a global leader in solar energy.

Solar and wind were once considered costly source of power, but are now much cheaper than the conventional form of energy. India has already achieved 23 GW of solar installations with another 40 GW of solar power being at different stages of bidding and installation. The transition of the energy landscape in India is inevitable with the share of renewable energy going up rapidly. India set ambitious targets for itself to achieve 100 GW of solar power by 2022 and is set to prove that with honest efforts and true intent, no target is difficult to achieve.

In recent years, growth of solar energy in emerging markets had been phenomenal. India has already overtaken the US and has become the second largest solar power market in the world (in terms of solar power installations). The country currently stands with ~25 GW of grid-connected solar power capacity as compared to 9 GW in 2015. Large scale solar installations in India account for 87 percent solar capacity while rooftop sector is all set to pick up. Last year, solar accounted for nearly 53 percent of new energy capacity additions in the country.

In addition to India, most of the developing countries including southeastern Asian countries are aggressively promoting renewable energy. The growth trajectory is expected to rise exponentially in the years to come.

Why is it an opportunity?

For a developing country like India, where electricity for every home was once considered a dream is now close to reality. The government initiative of ‘power for all’ is changing the socio-economic structure of the country.

Renewable energy cannot completely replace fossil based energy generation because of obvious reasons like sun’s energy not being available 24 hours a day, solar generation being highly unpredictable and technological innovations yet to develop an efficient storage solution. Though tech advancements are underway for storage, which has the potential to revolutionise this sector globally, till then dependence on fossils can be reduced by gradually increasing the share of renewables.

How to challenge the challenges that lie ahead?

If we take a look at the challenges faced by renewable energy across the globe, we can see some common trends.

One thing that can be easily observed is that there is a significant increase in deployment of large-scale projects across the globe but rooftop deployment has not picked up a significant pace. Relatively lower growth in rooftop segment is seen due to the lack of suitable policy initiatives.

With the increasing share of renewable in the country’s energy mix, the need for efficient grid integration and robust transmission infrastructure is felt along with immediate up-gradation to handle it. The technology is changing and is changing very fast, high-efficiency solar technologies, efficient and economical mass storage solutions will completely revolutionize the way the world handles energy today. Electric vehicle and charging infrastructure will also pick up once mass energy storage becomes economical.

Solar deployment in emerging markets has increased leaps and bounds during the last five years. However, in terms of manufacturing of solar equipment, it is dominated by a handful number of countries. India, in order to become a world leader in solar power, cannot just rely on large scale solar deployment by importing solar equipment. There is an immediate necessity to develop the entire value chain ecosystem to become competitive and achieve sustainable growth in the long run.

Focus on last mile connectivity in remote areas where developing transmission infrastructure is a challenge through small solar installations or solar community grids by using a domestically manufactured product with small power inverters or batteries in every home may be helpful to ensure power for all in countries like India. This will also help reduce time and cost for developing transmission infrastructure. Flexible financing options for individuals to install rooftop solar installations would also support a faster adoption of clean energy.

The author is MD and CEO at Vikram Solar

30,006
Thank you for your comment, we value your opinion and the time you took to write to us!
Comments 2

Tweets by @forbesindia
Prev
What most women-led enterprises in India have in common?
Next
F&B business: Why the franchisee model is the way forward