How better business models can bring affordable healthcare to Bharat

An acute supply side problem which includes a lack of proper hospital infrastructure, doctors, nurses and paramedics, defeats the purpose of universal healthcare. Here are three business models that will bolster the healthcare infrastructure

Sunil Thakur is a partner at Quadria Capital and treasurer at NATHEALTH. 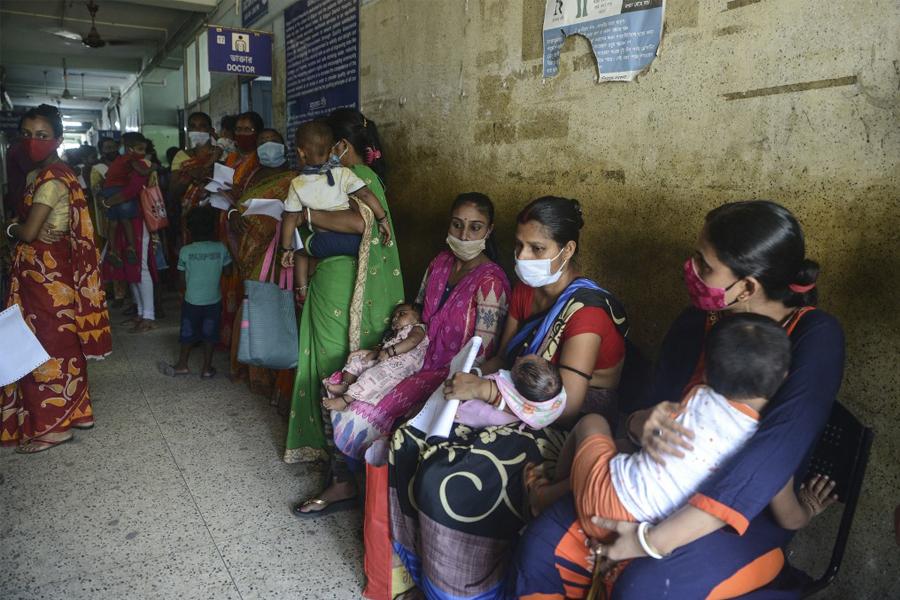 The year 2018 ushered in a new era for universal healthcare in India with the announcement of the world’s largest health insurance scheme, The Pradhan Mantri Jan Aarogya Yojana—giving financial assistance for hospital care for the most vulnerable population. However, to utilise the benefits, the key missing piece was the hospital itself. India’s healthcare infrastructure remains skewed towards top cities while Tier II and Tier III townships—the India that is Bharat, which houses a majority of the beneficiaries—find themselves handicapped. India has 1.4 beds/ 1000 . Further, c.70 percent of total beds in India are concentrated in urban centre that houses just about 35 percent of the total country’s population.

India’s hinterland suffers from an acute supply side problem which includes a lack of proper hospital infrastructure, doctors, nurses and paramedics—each feeding and creating a vicious cycle. An individual has little choice but to travel far to access any form of secondary clinical care. Rural health statistics show that 50 percent of the states do not have even one central hospital per district. Of the 36 states and union territories—for which data is available—18 do not have a hospital in each district. This defeats the purpose of universal healthcare that the government set out to achieve under the National Health Mission.

The demand and supply gap in healthcare has persisted partly because the government’s efforts at building infrastructure have not kept pace with the need. And partly because the private sector has stayed away from investing in Tier II-III geographies. The reasons are low volume, paying demand, the uncertainty of demand, cost recovery, and lack of skilled human resources, rendering it commercially unviable. Other reasons were inadequate civic infrastructures such as erratic power and water supply, difficulty in raising finances, and a cumbersome process of land acquisition and clearances. While healthcare remains a key social sector pillar, commercial viability for private capital in the short- to long term and for the government sector in the long term, remains paramount for a sustained offering of quality and affordable care.

The biggest challenge is the availability of qualified doctors, nurses, and paramedics. Smaller towns have low demand and low paying capacity, which tilts the scale for any resources towards cities because they provide earning opportunities and better infrastructure to operate. According to the government, India's doctor-population ratio at 1:854 is better than the World Health Organization's standard of 1:1000. But it is not of much consolation because this is based on the assumption of 80 percent availability of registered allopathic doctors and 5.65 lakh AYUSH doctors. However, 88 percent of doctors operate in cities and Tier I towns. The same is the case for nurses with 1.96 nurses per 1,000 population. It is less than the WHO recommendation of 3 per 1,000. A large part of health services in Bharat is dominated by doctor-owned small to mid-sized centres offering a few basic specialities; there are very few quality tertiary care facilities.

Learnings from the past

Successive governments, both at the centre and state, have tried to resurrect the infrastructure through different models, including the viability gap funding (VGF) model to ensure proper healthcare facilities. The VGF scheme launched in 2004 is a grant to support projects that are socially and economically justified but are not financially viable. As a capital subsidy to attract private sector investments in PPP projects, efforts have so far gone in vain. The primary reason is the design construct of some of these programmes which were more focused on financial support than addressing the key fundamentals of channelling demand, pricing, and human resources. The VGF model in its earlier avatar also did not focus much on service pricing, which is fundamental and has implications on quality. It was also not realised that resources are best managed by selecting locations that can help attract clinical talent or have medical colleges and institutions that would have helped meet the supply gap. Also, previous VGFs gave limited thought to the right construct for demand channelling. It could have been made mandatory for state-supported patients to avail of services in specific hospitals to ensure regular flow of patients, higher revenue, and flexibility to treat private patients at market-determined prices.

Today, given the fact that some of the important building blocks, such as public insurance and digitisation, are coming together at a frenetic pace, it is time for us to transform the infrastructural landscape with systemic, structural changes through innovative and sustainable models of care delivery as well as business processes. A multi-pronged strategy can be attempted through different models, but each one must have a baseline structure with a measure for success. We need to work with two important tenets, the first being, a commercially viable proposition and the second that it should be programmed for adaptation and replication in other settings.

1) a large patient volume inflow and viable pricing to take care of quality services and account for large, fixed expenditure from a clinical and regulatory standpoint

2) subsidy support to bring down the capital

4) supply of clinical and non-clinical manpower to deliver services.

Selecting the right locations to build the first few models of success will solve most of the aforementioned issues. Secondly, pricing should be benchmarked to the cost of quality services and should factor in all the elements.

Thirdly it should be made mandatory for the government-insured population, within that catchment area, to seek hospitalisation only at the empanelled hospitals. If a hospital is unable to take the patient, it will refer them to the nearest hospital, thereby controlling patient flow. Lastly, for a sustainable return on investments, private players must be offered subsidised resources for managing CapEx (land and investments) and OpEx (overheads/running costs). Under the VFG model, higher weightage must be given to OpEx, which is recurring, to make it viable for private providers to invest in Bharat.

One can conclude that there could be three possible business models involving private players that the government can evaluate—the first being the VGF model in a revamped form, wherein higher weightage is given to OpEx. The second model is an aggregation model, wherein a qualified healthcare company (selected through auction) is appointed as a master franchisee. It can aggregate (on pre-agreed fees) and streamline the current supply base to minimum quality standards in an identified catchment area. Then channel the demand/patient flow to these aggregated centres. The third is a Health Maintenance Organisation (HMO) model, wherein one or more qualified healthcare companies, via auction, take the responsibility of both primary and hospitalisation care (though green field or brownfield) for a catchment area. They will channel all insurance patients, both on capitation fee (primary care) and service fee (hospitalisations and diagnostics).

Each of these will need varied commitments from the government, such as subsidised land, financing, single-window clearance to location-adjusted pricing and infrastructure support. But they can provide the solutions we urgently need.

Rising patient needs are placing huge pressure on our limited resources and healthcare infrastructure. With the Government increasing healthcare outlay in the last two years, and digital health bolstering service delivery, this is the time to shift from a tactical approach to a longer-term strategy to make affordable healthcare in Bharat a reality and help India get close to achieving universal health coverage.

The writer is a partner at Quadria Capital and treasurer at NATHEALTH.

2,298
Thank you for your comment, we value your opinion and the time you took to write to us!

Tweets by @forbesindia
Prev
Creator economy: All that glitters is not always gold