In rural India, people’s institutions have emerged as powerful local bodies that help villagers collectively solve their water problems. To ensure success, a people's institution must take care to provide a total representation of all interests of a community 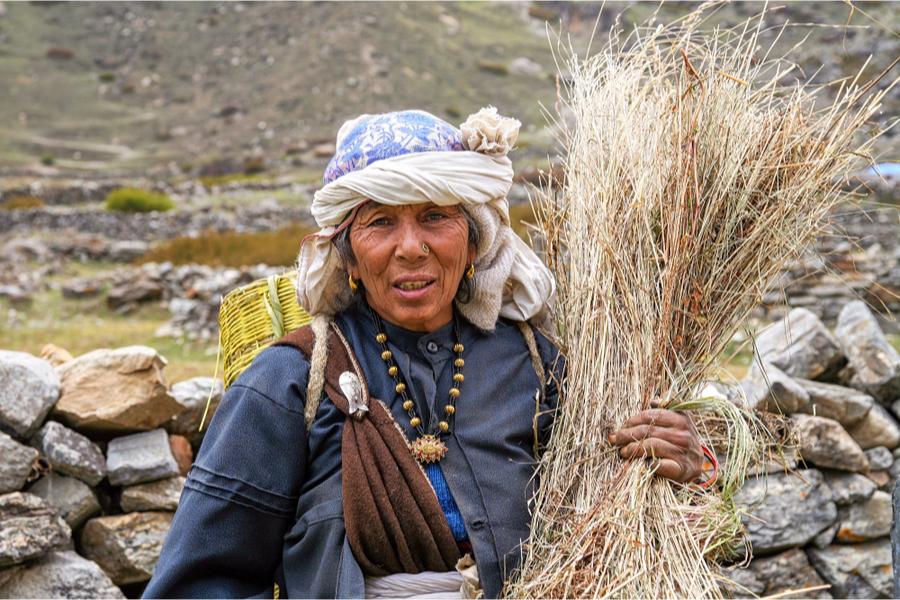 Communities from 60 villages in and around Darlaghat in Himachal Pradesh, had limited supply of drinking water especially in the summer months, as the natural springs would completely dry up. Being a hilly region, it received good rainfall, but it also meant that the natural water that fell would run off—taking with it the fertile topsoil, and denying farmers the ability to capture the resource for use in their farming.

It was a multi-community problem. So representatives from those communities came together to find a solution—forming a Watershed Committee. This committee worked together to treat the entire area on watershed by developing trenches, building check dams, and other water storage structures. It also incorporated plantation, vegetation methods so that the springs would recharge themselves. Efforts were also made to sensitise people on the importance of these structures to improve the water sustainability of the region.  Whilst they were guided in the process by an external agency [Ambuja Cement Foundation], with support from NABARD, the project was managed by the people, for the people.

Today, these communities have access to water all year round, farmers have abundant water for irrigation purposes, and the entire project has delivered a social return on Investment (SROI) of 8.5 percent—all thanks to the establishment of people’s institutions like these multi-watershed committees that oversaw the entire planning and execution of the seven-year effort.

The role of people’s institutions in managing waterIn rural India, people’s institutions have emerged as powerful local bodies to not only help villagers collectively solve their water problems but to sustainably manage it and distribute it, equitably. By leveraging the social capital of a community and compelling people to come together and work effectively on the core community requirements, a plan of action can be charted which helps them work towards overall success and prosperity.

A ‘people’s institution’ is a social structure whereby people cooperate and work together to influence behaviour and work towards a common purpose or goal. Most are governed by a set of rules and practices, and function as a permanent body—not reliant on the comings and goings of any one person.

The role of a People’s Institution is a critical one to ensure the participation and engagement of village stakeholders, to drive project planning and implementation, and to govern operations and maintenance.

While the nature of the intervention can vary, the role of the institution remains the same. Whether a community embarks on the revival of community ponds, traditional water harvesting systems, or water distribution systems; farmers unite to install lift irrigation or tackle excessive run-off—people’s institutions play the critical role of being mobilisers, operators and governors of local water. Their key functions include:

Where no people’s institution exists to collectively manage water, it lies vulnerable to exploitation. And it is often the poor who suffer the most.

What does water inequality in a community look like? It is a situation where families are excluded from accessing clean drinking water, based on their class, caste, or religion. It is where water is dominated by the rich, resulting in a scenario where water is unaffordable to the poor. It is where water resources are over-exploited by few, at the cost of many. The presence of a united community body, which has rules and regulations to forbid this kind of activity, provides the answer to ensuring true equity in water.

Community ownership is also crucial for the long-term sustainability of water in rural communities—ensuring water structures are properly maintained and do not fall into disrepair; monitoring consumption levels by embarking on participatory water budgeting, and maintaining potable water quality through regular water quality testing.

But to achieve this, participation is required. Community participation has been widely recognised as one of the most effective tools to achieve sustainable and equitable development. For any development initiative to succeed, people need to come together as active participants in the decision-making process. The complete lack of people’s involvement in the management of local water resources in the past has led to the water crisis we face today.

True community ownership must be nurtured, and only comes when every small decision is taken by people—outsiders must refrain from deciding for them. Whilst refraining from decision making, there is a critical role for external agencies to facilitate the process for the institutions to tread the unknown path. This can be done via facilitation, guidance, and capacity building of both the people and the institution. Showing the institution members ‘good and workable’ examples is also effective in getting their buy-in, as is ensuring their contribution in some way shape, or form–‘freebies’ in this context do not work.

Unfortunately, many people’s institutions fail when there are people involved with a vested interest, who dominate decision-making—discouraging others and spelling the disbandment of the group. To ensure success, a people’s institution must take care and provide total representation of all interests of a community.

A catalyst for individual and community transformationBut those people’s institutions that succeed, usually go on to play a crucial role in both the transformation of the community and the individuals who have been along for the ride.

In the remote village of Kukudsaat, Chandrapur, a Village Development committee formed to initially work on addressing water and sanitation issues in the community, became so motivated by their achievements that they went on to transform the entire community and, in 2018, were declared a SMART Village.

They achieved 100 percent open defecation free status, have public toilets for migrants and guests attending community functions. Over 2,500 trees have been planted and they have access to clean safe drinking water with RO and a water ATM. CCTV has been installed to maintain law and order in the village, women and men have equally divided their work.

Working collectively, they effectively tapped resources through convergence with the local panchayat and many committee members have even been elected as panchayat members.

ConclusionWater, and its effective management within a community, is the key to a healthy society. It plays a crucial role in poverty reduction and ensuring the overall sustainable development of a community.

History has shown us time and again, the local community is the best agent to guide the use of its local resources. Unless the community is empowered to understand and play a role in resolving their own local challenges, safe and abundant water for all will remain but a pipe dream for rural India.

Fortunately, the government has concentrated efforts in ensuring community participation in flagship schemes like the Jal Jivan Mission and Jal Shakti Abhiyan, which will help sustain the impact of such programs at both a micro and macro level.

The writer is a CEO of Ambuja Cement Foundation

789
Thank you for your comment, we value your opinion and the time you took to write to us!