Water crisis: The 'It's not my problem' syndrome

Current estimates suggest that by 2030, India’s demand for water will be double the available water supply; corporates need to lead the fight against water conservation and reuse

Mukund Vasudevan is the managing director of Ecolab 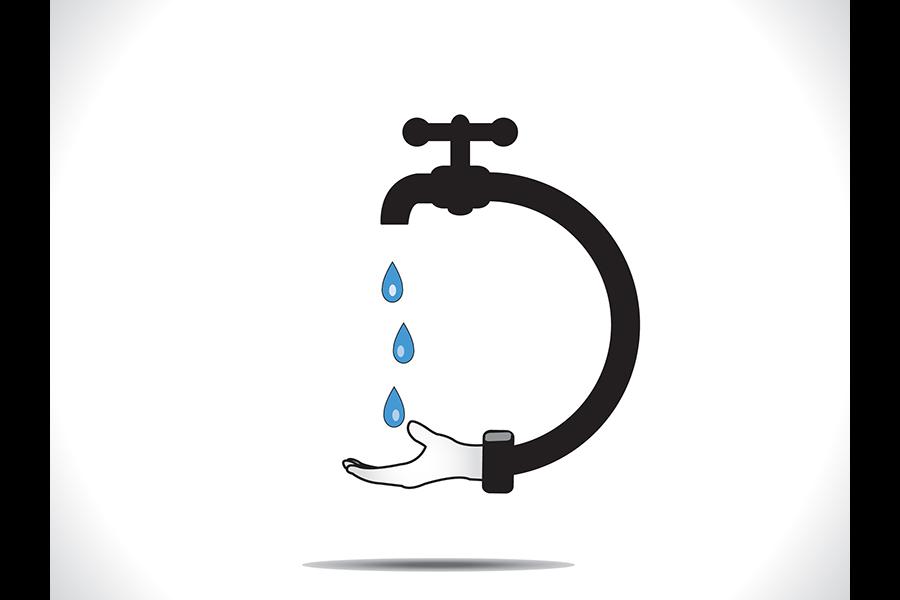 'The wars of the 21st century will be fought over water.' - Ismail Serageldin

The scarcity of freshwater has emerged as one of the biggest threats to the survival of society in the 21st century. Unfortunately, India is not immune to this threat, given that it houses four percent of the world’s water resources and 18 percent of the world's population.

As the population grows, incomes rise, and cities expand, we can expect the demand for water to go up even more, putting immense strain on available resources. Current estimates suggest that by 2030, India’s demand for water will be double the available water supply.

Water is everybody’s businessAgriculture consumes approximately 80 percent of the available water, while industrial and domestic sectors contribute about 10 percent each. While this can lead to a temptation to label the water crisis as an ‘agricultural’ one, we cannot ignore the fact that industry, agriculture and domestic communities co-exist as part of a single ecosystem. So, good water practices by each of these players—agriculture, industry or domestic users—have a positive rub-off on each other. In fact, if there is insufficient water for agriculture or domestic sectors, industries would struggle to get their share. Last year, the Maharashtra government cut water supply to the industry by as much as 50 percent in the face of severe drought. At the Maharashtra Industrial Development Corporation (MIDC) cluster at Kurkumbh, several industries had to shut down for several days due to water shortage. MIDC had to prioritise drinking water for domestic use over industrial use, in the face of the water crisis.

Water shortage also has an amplified impact on the entire country’s GDP. Take the case of power plants. Power plants consume about 1,700 cubic meters to 7,000 cubic meters of water per MW of generated power. If a 1,000 MW power plant shuts down for a day due to water scarcity, it could translate to Rs 5-6 crore of losses. A study by the World Resources Institute found that India's thermal power sector lost more than 30 TWh of electricity due to water shortages between 2013 and 2016. This surely has an impact on all the industries dependant on electricity from these power plants. In fact, a report by the World Bank suggests that water scarcity could cost some regions up to six percent of their GDP.

So, while overall water demand reduction from agriculture is key to averting the crisis, industry cannot watch from the sidelines. If not for the greater good of society, industry must do its bit and save water for its own long-term survival.

What can Indian corporates do to save water?Industry-led initiatives to save water fall into two broad buckets. First, they must leverage technology to reduce their own water consumption. Second, they must adopt a basin approach to conserve water, not just within their facility.

Better technology and sound operating practices can help companies reduce their water consumption by 30-40 percent. To put this in context, the water saved is sufficient to provide for the drinking water needs of 7.9 million people (more than the population of Kolkata). This steel giant used real-time monitoring and control to detect and correct variations in source water quality for its cooling towers, thus reducing the demand for freshwater.

Interestingly, there is also a significant return on investment (ROI) on any water-saving technology, as typically, water saving goes hand-in-hand with energy saving. The Hilton Group of hotels serves as a great case study of how smart water practices translate to massive savings. This global hotel chain deployed an innovative dish washing and low-temp laundry programme that combined the right chemistry with automation to save 417 million gallons of water annually. More importantly, it has also achieved energy savings of 70.3 million kWh, that more than paid for the investment in water-reduction technologies.

A basin approach to water takes into consideration both demand for water from the basin and all the uses as a whole. Using this approach ensures not only long-term sustainability of the source of water, but also optimises water usage. Take the example of a large metals and mining company, that treated sewage from a nearby city for its own industrial process. This not only ensures no additional ground water is withdrawn, but also no untreated sewage contaminates the ground water. Several companies in India are adopting such practices. If we look closely, there are often opportunities to treat wastewater from one plant and use it as process water in an adjacent facility. Collaborative efforts with participation from the government, industry associations, and businesses can help unearth several such mutually beneficial opportunities that can protect the basin and reduce overall demand for water.

In summary, industry can take the lead in water conservation and reuse, thereby charting the course for agriculture and the community at large.

The writer is the managing director of Ecolab

5,142
Thank you for your comment, we value your opinion and the time you took to write to us!
Comments 1

Tweets by @forbes_india
Next
Rethinking the water crisis: Manage the demand first