Why the scrappage policy may be a remedy for several ills

From cutting import bill and foreign exchange savings to lower carbon footprint and reducing landfill requirements, the recently announced scrappage policy could be good news for the economy, environment and consumers 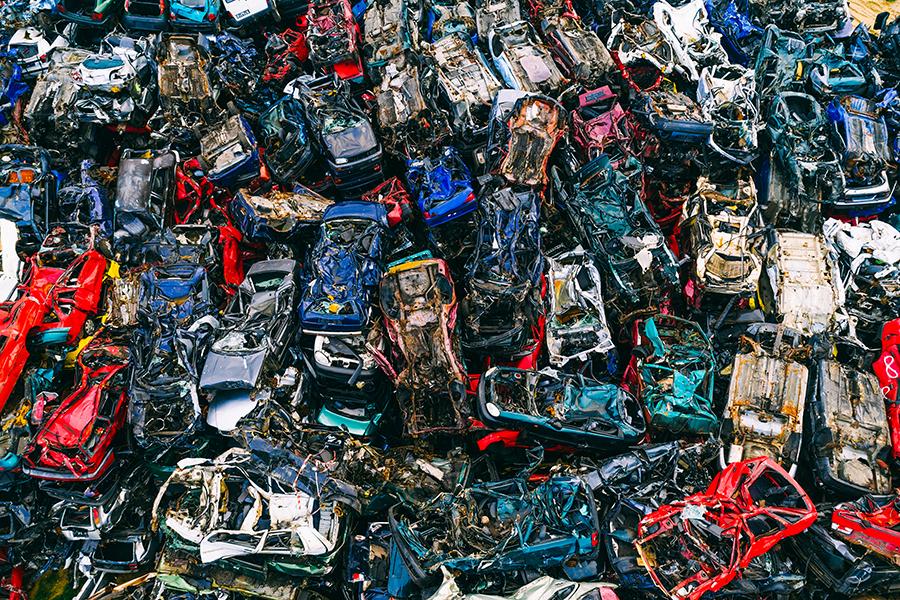 India is expected to have about 22.5 million vehicles by 2025 of which 18 million would be two-wheelers, about three million are estimated to be personal vehicles and about 1.2 million would be commercial vehicles. Therefore, the government of India’s recently announced scrappage policy that mandates all commercial vehicles of more than 15 years and passenger vehicles of more than 20 years be mandatorily scrapped on failing the fitness and emission tests along with those used for more than 15 years by the government departments. This policy does promise a lot for the country. The recycling of vehicles can have a multitude of benefits for the environment, the economy, and the consumers. With the use of advanced recycling centers, akin to those in use in Japan and Europe, about 85 percent to 90 percent of material recovery from vehicles is possible in the initial stages, with rates in excess of 95 percent.

Raw material and forex savingsOne of the benefits of the scrappage policy is that the recycling of 22.5 million ELVs [End of Life Vehicles] could generate five million tonnes of steel scrap, an additional 1.2 million tonnes of aluminum, and about 0.2 million tonnes of copper. In addition, automotive manufacturers could also reuse some of the other material coming out of the shredding process as has been seen in other parts of the world. For instance, with the use of recycled polyurethane foam plastic in the seat cushions, scrap bumpers are reformulated and reused to make mud and splash guards, recycled plastics are used to create upholstery for passenger seat cushions, and more.

In India, in FY19, only 35 percent of India’s metal scrap consumption was met by domestic collection. The rest was fulfilled through imports, with the country importing seven million tonnes of ferrous scrap in FY19, which is expected to double by FY25. The recycling of the expected ELVs by 2025 can reduce ferrous scrap imports by five million tonnes, thus resulting in significant foreign exchange savings.

Environmental benefitsLandfill space is scarce in India and the landfill demand for disposal of municipal and industrial waste is already higher than the supply. Waste generated annually in India is expected to rise from 62 million tonnes in 2019 to 165 million tonnes by 2030, which will ideally require a landfill area of 160,000 acres (assuming a landfill site that is 10 metres high and can hold 20 years’ of waste). The recycling of vehicles up to 90 percent will reduce the landfill requirements from scrap vehicles by 46 acres by 2025.

India has also seen a steady upgrade in tailpipe emission limits of vehicles, therefore, removal of older vehicles would also help in reducing pollution. For instance, emission reduction by taking a less-than 10-year-old truck or bus off the road and replacing it with a recent model could lower PM emissions by 28 percent, HC+NOx (hydrocarbons and nitrogen oxide) emissions by 18 percent, and carbon dioxide emissions by 17 percent. In addition, there would also be an indirect reduction in pollution levels as production processes of virgin materials, especially mining activities, involve significant emissions of greenhouse gases such as carbon dioxide. Recycled scrap material, however, has a much lower carbon footprint compared to virgin material. For instance, steel made from 97 percent recycled steel has 50 percent less carbon dioxide emissions when compared with steel made from iron ore.

Benefits to the economy and industryAfter the devastating effect of the Covid-19 crisis and also a struggle in recouping the investments made for the shift to the BS VI emission regime, the scrappage policy does offer a glimmer of hope for the automotive industry. The announced incentives of a rebate on road tax between 15 percent and 25 percent, an additional discount of five percent on vehicle price from the vehicle manufacture, disincentives in re-registration of older vehicles as well as the scrap value a customer gets from the recycling centre can help boost vehicle sales as was observed in case of European countries. In addition, recycling facilities set up directly or through tie-ups by original equipment manufacturing (OEM) units could help draw customers for repurchases or also migrate competitor customers to the OEMs brand.

The scrappage policy could be a panacea for several issues, and the setup of ELV recycling centers on a pan-India basis is a good opportunity for existing and new players in the automotive value chain to capitalise on. In addition, continuous efforts must be made by all stakeholders to iron out the remaining glitches for the policy to be adopted in large numbers.

2,453
Thank you for your comment, we value your opinion and the time you took to write to us!

Tweets by @forbesindia
Prev
Environmental, Social and Governance Investing–A fad or here to stay?
Next
Earth Day 2021: Human and ecological cost of sand mining is staggering