World Environment Day 2021: The future of the built environment is green

The underlining principle of a green lifestyle is to be more aware and conscious. To achieve that, the architect, urban planner and landscape architect must work as a team, that is backed by an urban governance body 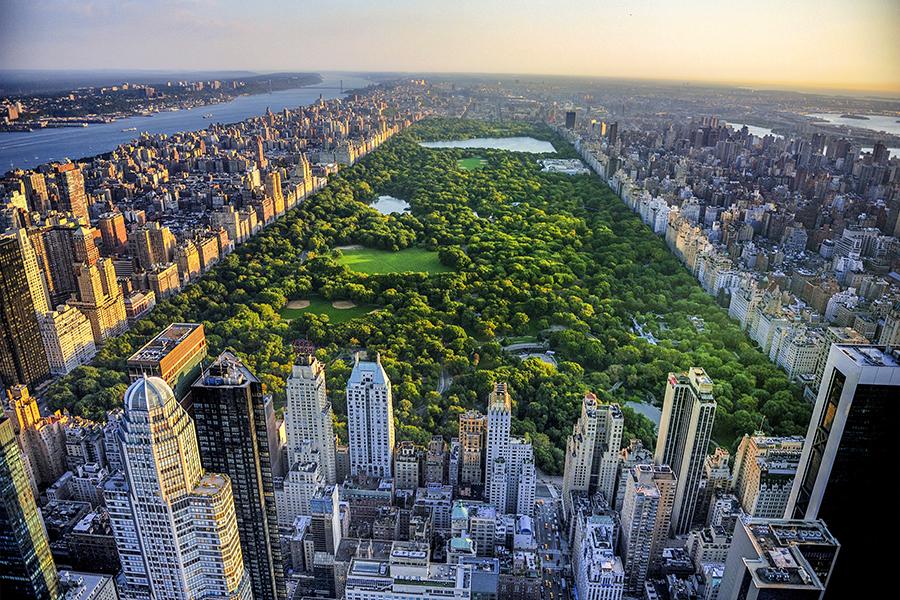 The marble that was carted 350 km from Makrana to Agra to embellish the Taj Mahal nearly 400 years ago was an exceptional event for the deployment of construction material that was not local. It was also an exceptional piece of architecture that was the outcome of a truly regal preoccupation. Human dwellings, for housing or for grandiosity, were essentially made of local construction material up until then.

Today, it is inconceivable to imagine a modern-day architectural work made with just local construction material. The carbon footprint of modern homes and towns is indeed very high.

The Industrial Revolution is the watershed that is (dis)credited with several turnarounds in human evolution, including the usher of fossil fuels leading to global warming. As the demand for labour surged, mass migrations to towns followed, leading to new architectural guiding principles of mass housing and the grid method of town planning. The house was reduced to ‘a machine for living’ and architecture focussed on mass production of houses to feed factories with an insatiable appetite for labour.

As the world moved towards the spirit of a more equitable society, architecture turned towards affordable housing, riding on new construction techniques focussed on cost and aesthetics. Interlinked with industrial development, housing and town planning too traversed the path of scale, costs, and appeal. It was not until the 1950s that its unintended effects came to roost in the form of climate bogey, decline in biodiversity, air and water quality—questioning the efficacy of these architectural models.

While the global community is searching for that elusive model of collaboration among the three entities of state-business-individual that would foster equity, wealth, and responsible civilization, science suggests that the future economy has to be green, cities, towns and villages have to be geared up for disaster preparedness with a low carbon footprint, and the individual has to be a responsible consumer in support of a circular economy.

The built environment is the result of a complex system of multiple rhizomatic global and local networks and parameters that intertwine to construct our everyday urban habitat. Three subsystems that work at different scales characterise this built environment—the individual dwelling at the scale of architectural design, the city as a result of urban design and planning, and landscape design and management.

The key to practicing sustainable methods of living is to have a comfortable built environment to live in while measuring and minimising the hidden cost on the natural environment to break it down into basic resources, consciously assessing each one—What is the embodied energy of materials used in construction? Do they have a circular life cycle? Are the building elements designed to allow the structure to be easily assembled and disassembled? How climatically responsive and suitable is the building design? Does the design employ local construction knowledge systems and practices to increase its Building Energy Performance (BEP) Index? Does the building design incorporate waste and water management systems? Can the building be designed to generate solar energy?

The underlining principle of a green lifestyle is to be more aware and conscious.

The Central Park in New York that was built over a period of 18 years at a very high cost, but it shows the importance of landscapes built for well-being. Landscape is more than aesthetics and poetics. There are myriad social, medical, pragmatic, economic, and environmental advantages of regenerative urban green-lands. The successful park isn’t just beautiful but also useful—in providing free and accessible community spaces near dense pockets of residential neighbourhoods for recreation and shelter; balancing busy commercial centres; and serving as economic generators and attractors for taxpayers.

They have the potential to maintain green channels to allow the migration of different bird species across vast urban areas while maintaining a delicate ecological balance and natural diversity when designed as a network in a town planning strategy rather than in pockets. It’s imperative to carefully select local, non-invasive species suitable to the local climate and conducive to the growth of healthy flora and fauna rather than viewing the landscape as superficial ornamentation of roads and traffic circles.

It would appear that today our only imagination of a city is concrete built around a network of vehicular roads, a major contributor to air pollution, and grid housing with an endless appetite for landfills.

Our cities need to be fundamentally rethought. The key lies in different agencies working together to raise resilient and green homes and towns. The architect, urban planner and landscape architect must work as a team that is backed by an urban governance body that can make changes at the policy level, to approach environmental rating systems and performance scores not as the benchmark, but as the baseline for the future.

1,200
Thank you for your comment, we value your opinion and the time you took to write to us!

Tweets by @forbes_india
Prev
International Noise Awareness Day: Not just deafness, noise pollution can cause stress, mental illnesses, and even cancer
Next
World Environment Day 2021: Corporate India needs to take the lead towards a sustainable future