Access to bank finance has always been limited and expensive, and India is no exception to this

Sanjay Tiwari is the Commercial Head for Maersk Trade Finance. 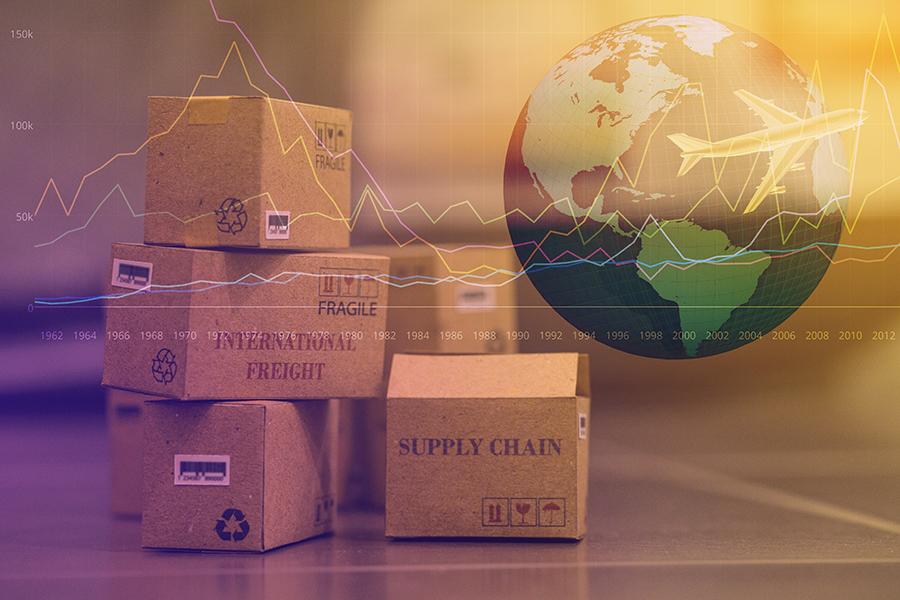 The determination and resilience of the Indian small and medium-sized enterprises are the stuff of legend. Since ancient times, they’ve been known to scout global markets, managing both, the flow of goods and money with multiple intermediaries, with limited or no transparency. Their transactions are high risk and the procedures are paper-intensive and are all tied up in a complex web of (customs) regulations and so on. In terms of mindset, Indian small and medium-sized enterprises (SMEs) are known to be bold, geographically diversified, innovative and often solution-driven businesses with the persistence necessary to crack international markets.

Over the years, this segment has witnessed tremendous growth due to the rapid rise in global opportunities that have helped them to build sustainable businesses. Today, they are playing a key role in shaping the economy of the country by facilitating employment and technological advancement across the geography, including the hinterland. A recently published report from EY states that SMEs account for 45 percent of India’s total manufacturing output and employ around 40 percent of its workforce.

Role of SMEs in the Indian EconomyIndia’s increasingly young population is expected to deliver a significant demographic dividend. Additionally, with life expectancy having doubled, literacy rates having quadrupled and health conditions of the masses having improved substantially, a sizeable middle class is fast emerging. All these factors together are positively impacting local productivity and demand.

Against this backdrop, it is estimated that the SME sector’s contribution to the country’s gross domestic product (GDP) will increase to 22 percent by 2020. In fact, a recent report by the Boston Consulting Group (BCG) also stated that the role of Indian SMEs and Micro, Small & Medium Enterprises (MSMEs) as consumers of bank capital is set to increase from the current 20 percent to 25 percent.

This is driven both by their own growth and by the withdrawal of large corporates to the wholesale market. The SME segment is, therefore, more than deserving of improved access to capital, both in terms of the amount and the ease with which it can be applied for and access to information that will help them forge international business links. The growth of India’s economy and employment depends on it.

Trade finance and technology to address barriers to SME growthThe pursuit of business prospects in international markets involves every challenge and complexity involved in doing business with a local supplier or buyer, and then some.

According to the World Trade Organisation (WTO), a shortage of trade finance is the second-biggest obstacle to the expansion of global trade, infrastructure being the first.  Access to bank finance has always been limited and expensive, and India is no exception to this. With many of the global banks withdrawing from remote geographies, it becomes more and more difficult for an SME to gain a foothold in a remote country.

In spite of the rapid increase in the importance of SME’s, gaining access to credit is still harder for them than it is for large corporates. It is interesting to note here that the requests of SME’s for trade finance are on average rejected 57 percent of times versus 10 percent for large companies. With Indian public sector banks struggling to deal with increased non performing asset resolution, access to  timely credit will remain challenging for SMEs.

The Indian banking industry is also seeking steps to simplify trade finance processes by developing blockchain technology, with advocates saying it has the potential to save billions of dollars in costs and speed up transaction times. Blockchain solutions have the added benefit of providing ‘imputable’ information on the history of a transaction, thereby reducing uncertainty and therefore risk.

Additionally, inefficiencies resulting from manual processes underlying most transactions have also been called out by Indian businesses as another principal roadblock to growth. In fact, the Organisation of Economic Co-operation and Development (OECD) estimates that 15 percent of the overall value of traded goods around the world comprises of hidden costs, much of it a result of manual processes that translate into costs of $100 billion per year.

Much of this can only be resolved using technology and digital solutions that not only make access to capital much simpler for businesses across the board but also bring about unparalleled transparency and efficiency in the marketplace, which is the need of the hour.

Decoding Roadblocks for SME’sThankfully a few emerging trends offer a solution to the needs of Indian businesses.

Increasingly, non-banking entities are getting into the trade finance space. A recent report by ICRA estimates that share of non-banking finance companies (NBFCs) credit to MSMEs will expand to 22-23 percent by March 2022 compared to 16 percent in March 2017. Using databases of transactional data, they are offering to fund to SMEs where a bank may not have been able to due to procedural issues.

Second, with India’s digital economy becoming a new reality, online technology solutions are making the onboarding of a business customer much easier. The added reward for the customer is that the same system provides him with the ability to seamlessly track all his trades across geographies.

And finally, since some of the emerging new-age technology platforms are blockchain based, they are offering a truly decentralised verification of a trade and thus support Indian exporters with the key ingredient that everyone seeks in international trade: that of trust.

The author is a Commercial Head for Maersk Trade Finance.

2,415
Thank you for your comment, we value your opinion and the time you took to write to us!