For the first time in the history of App store, Apple has redesigned it. What developers make of it, we will know soon enough. But for us the average users, the App store may become an even more attractive destination 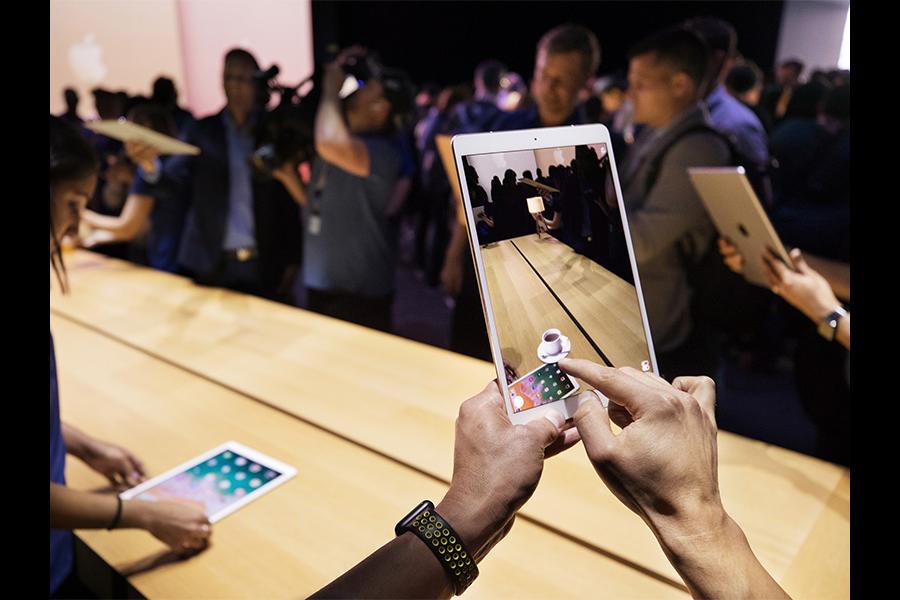 Apple introduced many new features that will be available across its devices come September, at its worldwide developer conference, popularly known to geeks as WWDC, yesterday in California. It also announced new versions of the iMac desktop computer, the iPad Pro tablet and a voice-activated and AI-driven speaker.

Two themes caught my imagination — the first is the continued effort to bring more productivity-enhancing features to Apple software. This is something we’ve seen particularly from when iOS 10 came out — the introduction of real-time collaboration, for example. Apple announced that iOS 11, the next version of the iOS software, which runs on the iPhones and iPads, will be out this fall, meaning around late September.

A new Files app will help one keep track of every file, no matter where it is stored — on the device or on the iCloud. A customisable dock, such as the one on the Apple Macbook laptops, will be available on iPads. For those who like to use the stylus, the Apple Pencil, more features have been added.

Starting a note is as easy as tapping the screen with the stylus, and one can just start writing. The work will be saved, even if lock screen is on. Hand-written text will also be searchable in iOS 11, and the ability drag-and-drop pretty much anything on the screen has been added, Apple says.

The second theme is what we always look for in an Apple event — new technologies and innovations: this time, the one that stood out, for me, was the introduction of the ARKit, which will help app developers use augmented reality — and their imagination — to build apps that I’m sure we’ll blow us away.

As I understand it, augmented reality software helps us superimpose virtual images on physical objects. The possibilities are stupendous.

And true to Apple’s way of introducing new products and features, the AR demo, complete with a battlefield-on-a-table, was spectacular. For more everyday uses, think of neat animations helping us navigate our way around an unfamiliar locality, or training for a brain surgeon, where a mistake will cost no more than a fresh run on the app.

While one is on developers, the people behind all those addictive apps that we take for granted on our smartphones, Apple announced something it has done for the first time in the nine-year history of the App store. It has redesigned this marketplace. The new app store seeks to highlight great apps in much more engaging ways, by which I mean in ways meant to both give a lot more real estate to any given featured app, as well as give users more interesting information.

Therefore, instead of a kind of grid that we’re currently used to,  the new app store will show only one app on its home page, with a tab named ‘Today’ and one goes from there — with other dedicated tabs for games, for instance, and so on. Apple’s app store editors will be a lot more active in bringing us videos, reviews and stories about a given featured app and the developers behind the app.

Will this help small-time developers looking to make a name, and money, on the app store is something time will tell. Worldwide, cumulatively, app developers have earned $70 billion since the Cupertino company launched the store in 2008, Apple said in a release on June 1. My first impression is, it certainly promises to be a lot more engaging experience for end-users. We will all probably return to the app store a lot more frequently, which I’m sure is part of the intent behind the overhaul.

All of this has heightened the expectation that the iPhone 8, expected later this year, will also be a more AR-centric device, as many are already anticipating.

5,995
Thank you for your comment, we value your opinion and the time you took to write to us!

Tweets by @forbes_india
Prev
Reaching the world's climate goal - with or without Trump
Next
Oneplus 5 frenzy reflects who we are: People obsessed with more