Beyond boardroom and shareholder skirmishes, there is a vision of a company of the future willing to embrace change and not just react to it 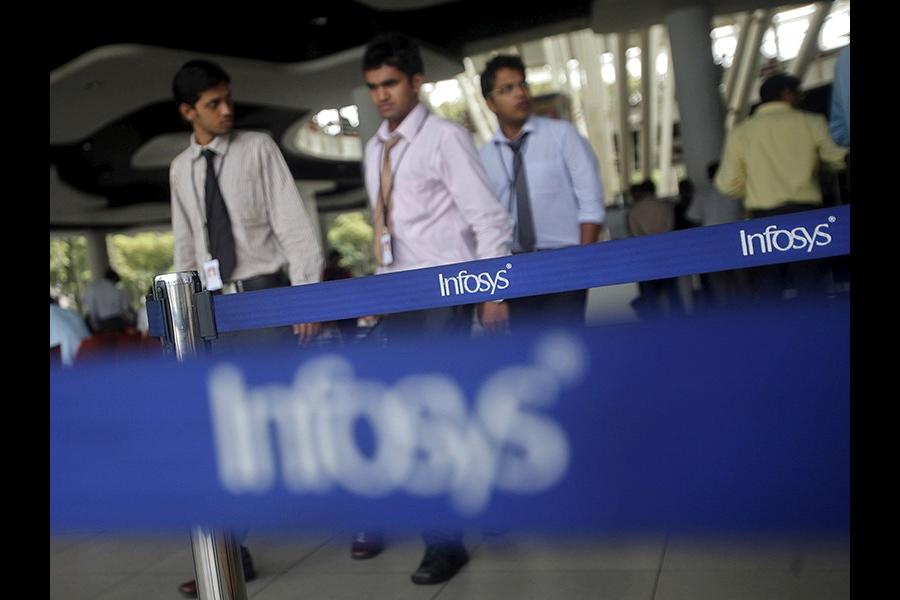 Infosys’s annual shareholder meetings have a history, maybe even a tradition, of individual investors providing everything from comic relief to outraged indignation. This time, however, the focus was firmly on a chairman who reminded everyone he will be out next year, and a CEO and his crew, who have held steady under intense pressure.

At the company’s AGM on June 24, non-executive chairman R Seshasayee pointed out he retires on turning 70 in May 2018, leaving unsaid, and open to further media interpretation, that that could bring the curtain down on the latest period of turmoil at the company — one in which he became the face of a board that was seen to be at odds with the company’s founders, who are now minority shareholders.

Seshasayee, however, also reminded everyone of the bigger picture, with the cliched, but rather apt, metaphor of a beautiful butterfly that a caterpillar transforms into — where the coccoon shows little outwardly evidence of change, but shields ongoing fever-pitch transformation until the winged avatar emerges.

The inference is, Infosys will emerge in the foreseeable future in its new AI avatar, and CEO Vishal Sikka and his colleagues provided some early evidence. For instance, an AI platform Nia is being used by over 70 clients in some 160 scenarios, Sikka said in his presentation. Collectively, the company’s “new software” business rose 42 percent last year. New software included solutions from acquisitions Infosys made, Panaya and Skava, and Edgeverve, a set of software solutions being developed in-house.

Similarly, “I’m particularly proud of the new services we have launched over the last 36 months. Each of these brings high growth, high margin and high revenue per employee, and already are seeing strong penetration in our top accounts,” Sikka said. These new services include moving legacy IT systems to the cloud computing model, building new (customer) experiences on top of the IT systems, cybersecurity, internet of things and strategic design consulting.

Starting with the current fiscal quarter, “we will start reporting the revenue performance of these new services,” he said. Ditto for the new software-led businesses as well.

Infosys ended the fiscal year to March 2017 with revenues crossing the $10 billion milestone, growing revenues 7.4 percent to $10.2 billion and 8.3 percent in constant-currency terms — the company has returned to industry-level growth. To that extent Sikka has delivered what he was hired for three years ago by founder and then executive chairman NR Narayana Murthy.

However, much of the latter half of the year and through the current fiscal, public criticism by Murthy of some of the policies of the company, including decisions on Sikka’s pay and expenses, exacerbated into an unnecessary media circus.

Now, “we want to retake the mantel of the iconic belwether company that we’ve been,” Sikka said. To do that, Infoscions, as staff are called, will shed their skin of reactive problem solvers — something Indian IT is well known for — to become “proactive problem finders,” he said. The latter hasn’t really been done by the industry, but that’s the only way forward.

The way forward is for all the employees to be “innovators,” even “kids who come out of Mysore.” Infosys has its main training campus in Mysore, a three-hour car drive south of Bengaluru city, where its fresh recruits go to start life at the company. It is also, where the company put together its “design thinking” curriculum, led by Stanford University dons — training which has now touched most of the staff.

In conjunction with Zero Distance, a company-wide effort to get people to innovate on their own, within their spheres of influence, design thinking has helped generate 16,500 ideas of which more than 2,200 are actually being implemented within clients’ organisations. “Without any central supervision from the top,” Sikka said.

Infosys reported examples of client recognition from customers including Kraft Heinz, Johnson Controls, Visa and The Hershey Company. On modern ways of building software, two of which are called agile methods and devops in the industry, some 25,000 Infoscions are now experts, and another 3,000 are equipped with the latest on machine learning and AI techniques.

One way to look at the logical extension of all of this, is a future services company that will indeed do “more from less for more,” which is Sikka’s favourite quote from famous Indian scientist-technocrat professor RA Mashelkar. Look at the evidence from the three years of Infosys on Sikka’s watch: In the fiscal year ended March 2017, the company only hired about 3,000 people net, compared with some 17,500 in the year ended March 2015.

Infosys also automated the equivalent of 11,000 staff during the latest fiscal year. In the coming quarters and years, this will only accelerate, and exponentially so. That is the crux of this writer’s argument that Infosys, if it succeeds in its endeavour, will become a company that will do tomorrow what it has done today with a fraction of the workforce it has today — for a multiple of the 24.7 percent margin it earns today.

Mashelkar’s philosophy of innovating to stretch limited resources to derive more works just as well for Infosys’s aspiration to do higher value work with fewer staff for greater margins.

The year 2020 may not necessarily be the point at which CEO Sikka’s $20 billion in revenues “aspirational target” becomes reality, and some media reports recently have suggested that that goal won’t be achieved in that timeframe. Hoever, Sikka provided many examples of how even though “our brains are wired by nature to NOT understand exponential change very easily,” such change is what AI is heralding.

For example, the manufacturing limits of the current ways of making semiconductor chips will be reached by about 2024, Sikka said. That means the prediction made by Gordon Moore that the price-performance of semiconductors will double every two years — popularly called Moore’s law and which actually happened even faster, at the rate of every 18 months —  will finally end. Moore made that forecast 52 years ago.

Yet, new technologies will alway keep coming up that will further such kinds of exponential growth. For example researchers in Georgia Tech University are building “neuromorphic” processors that can run AI programs much more powerfully than the current generation of semiconductor processors, by “several orders of magnitude,” he said.

Therefore “for the rest of our lives, we will continue to see exponential improvements in the price performance of computing.” In combination with cloud computing, technologies such as virtual reality, augmented reality, image and automatic speech recognition and so on, “the end result of this is that it has become possible to deliver services to deliver products that completely disintermediate and disrupt traditional industries.”

“The world around us, every industry, every walk of life, is changing.
The breathtaking advances in AI are relentlessly automating the work that we have been doing, but they are also amplifying the work we do.” That amplification has only one logical conclusion. Just as the millions of servers on the server farms of Google or Amazon are maintained by only a few people, with automation and AI doing more and more, the 11,000 person-effort freed up in the fiscal year gone by at Infosys will pale into insigificance in comparison with the Infosys of 2025 or 2030.

Because advances in AI are automating “cognitive functions” and not just things done by rote. Therefore, if for the sake of argument we assume that Infosys will succeed in its attempt to transform itself, it will indeed become a company that will deliver $20 billion with 200,000 employees. Obviously one doesn’t mean that literally, but in the sense that it isn’t that much of a stretch to imagine revenue per employee moving from today’s $51,800 to $150,000 or even $250,000 — probably not across rank and file, but across bigger, more significant chunks of the workforce.

Sikka says the plan is to “outrun the change that is coming, that is inevitable in one part of the business, and to thrive in the other.”

7,020
Thank you for your comment, we value your opinion and the time you took to write to us!

Tweets by @forbes_india
Prev
Oneplus 5 frenzy reflects who we are: People obsessed with more
Next
Will Indian exchanges allow bitcoin cash trading by January 2018?