IT hiring in America and firing in India isn't what's happening

Tech evolution has reached critical mass. Change will happen faster, and the advent of Artificial Intelligence will accelerate the rate further. Companies, and individuals, will have to come to terms with this 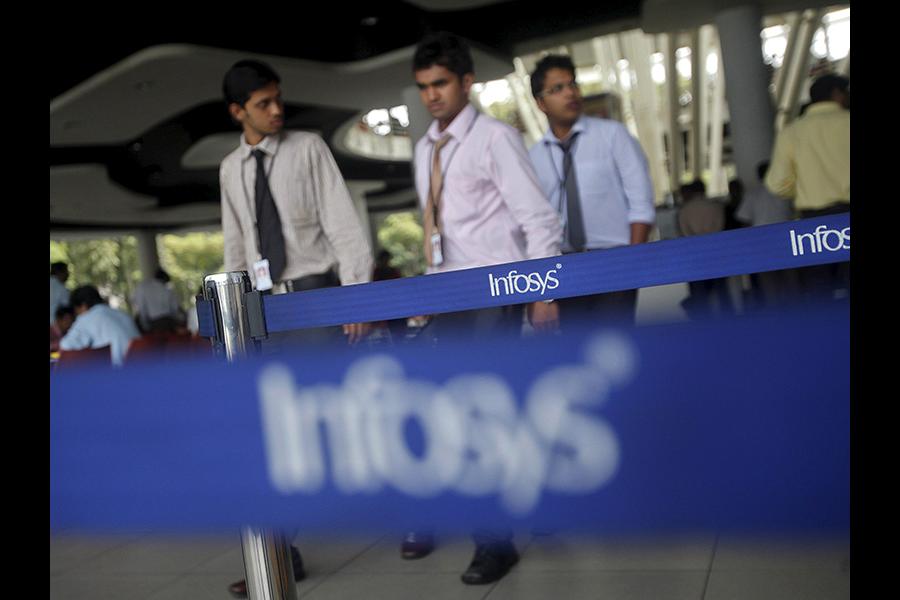 There have been multiple media reports recently about how tens of thousands of Indian IT workers will lose their jobs as the $154-billion sector faces tough times in its biggest markets. And announcements such as the one by Infosys, about hiring 10,000 Americans over the next two years, have added to the speculation about the future of this industry.

For decades, the industry thrived on instructions handed down from clients, and delivering them from centres in Bengaluru, Hyderabad, Chennai, Pune and other centres where the bulk of the industry’s 3.9-million staff work today. However, Indian IT companies are definitely not looking to do the same thing from Indiana, for example, where the first of Infosys’s four new US innovation centres will come up, and which will create 2,000 “Hoosier jobs”.

Now, businesses aren’t sure of what they want. They face death by startups on one hand, and on the other, their IT needs are even more urgent. For example, the latest wave of cyber attacks showed how many enterprises had not done the simple activity of applying a software patch for a threat that was almost two months old.

The problem that the IT sector is facing is that the latter activity, which earlier would have won them some nice contracts, can now be automated. And the former, telling the clients what they ought to be doing, and then doing it for them, is a horrendously complex job complicated further by the lack of any kind of guarantee that a particular solution will work 100 percent.

There is the more immediate and urgent concern of what to do if it becomes very difficult to send staff on a temporary basis on visas such as the H-1B—the mainstay of the Indian IT companies in their biggest market. Infosys very publicly announcing it will create 10,000 jobs in the US across four dedicated innovation centres is in part, a response to President Donald Trump-led effort to protect American jobs.

Via an executive order, Trump has mandated four of the most important federal departments to more strictly scrutinise the H-1B visa process and curb what US officials say is “fraud and abuse” of the permit. India says there should be freedom of movement for labour and the visa issue is one of trade, and that the IT industry is a net contributor to the US economy.

The writing is on the wall, however, and companies are already taking steps to deal with what former partner at consultancy ISG, Siddharth (Sid) Pai, who has advised the IT companies for many years, calls a “perfect storm” of automation, AI and protectionism. For instance, Teaneck, New Jersey’s Cognizant Technology Solutions, which has most of its IT staff in India in centres, including Chennai and Bengaluru, put in only half the number H-1B applications this year, in April, versus last year, CEO Fracisco D’Souza told analysts, discussing the company’s latest quarterly earnings, recently.

Cognizant has also reportedly offered the golden handshake to over a 1,000 senior staff—those at the level of vice presidents, for instance.  Other companies are taking measures too— Infosys for instance, hired only 6,320 staff, net, for all of the fiscal year ended March 31, 2017, versus 17,857 for the previous year.

For cash-rich companies such as Cognizant, these changes won’t be just about saving on salary payouts. They have been in the forefront of articulating how things are changing for clients and for themselves, and therefore what they need to do.

Cognizant’s voluntary severance offer will certainly be motivated by the need to infuse the type of talent the company needs to navigate the perfect storm, and emerge stronger. Anecdotally, a scan of the job postings in the US by the leading Indian IT companies also bears this out—typically, recruits are expected to have a lot more cross-domain capabilities, and are expected to offer problem-finding consults and so on.

Back in India, any job or task that is easily amenable to automation, will disappear sooner, rather than later. And that means, over a period of time, the industry’s training infrastructure will reorganise itself to help recruits, especially those from local engineering colleges, gear up. For a while, there will be a mismatch, but freshers—without the baggage of having already settled into a groove—may actually find the going easier, and more interesting, than their seniors.

As to those who are senior to the extent of a decade or more, only those who can really get out of their comfort zones and demonstrate new capabilities with old experience will thrive. Expect many to be asked to leave, if they don’t do so on their own.

For the Indian companies, this is also a time of massive opportunity, and Cybersecurity is a prime example. Far more complex tasks than applying patches can be automated and Wipro, for example, has already invested in Silicon Valley startups that are working on eliminating the need for human intervention at incrementally more complex layers of IT security.

And this will happen in every industry, as large businesses digitalise themselves as the first part of their response to the changes they face. With growing digitalisation will come the ability to replace humans with technology.

“Adding armies of people is no longer the order of the day when you peer into an uncertain future,” Phil Fersht, CEO of IT consultancy HFS Research, wrote in a blog post on May 6, titled ‘Is your current job the end of the line?’ Fersht is suggesting that companies are beginning to cut jobs not because they are in trouble, but because, riding a digital backbone, they simply need fewer people.

“And many savvy businesses are eagerly looking to get ahead of making savage future labor reductions by making them now, in a more incremental fashion,” Fersht adds.

The advent of AI will take this one further. The evolution of tech will no longer be marked by periods of churn followed by some years of relative calm. Henceforth, we will only see churn — and more of it, as we build increasingly potent AI. Companies, and individuals, have really only one option. Do the best we can to embrace this churn and survive — many will still fail, and some may even thrive. The alternative won’t be a happy one.

7,589
Thank you for your comment, we value your opinion and the time you took to write to us!